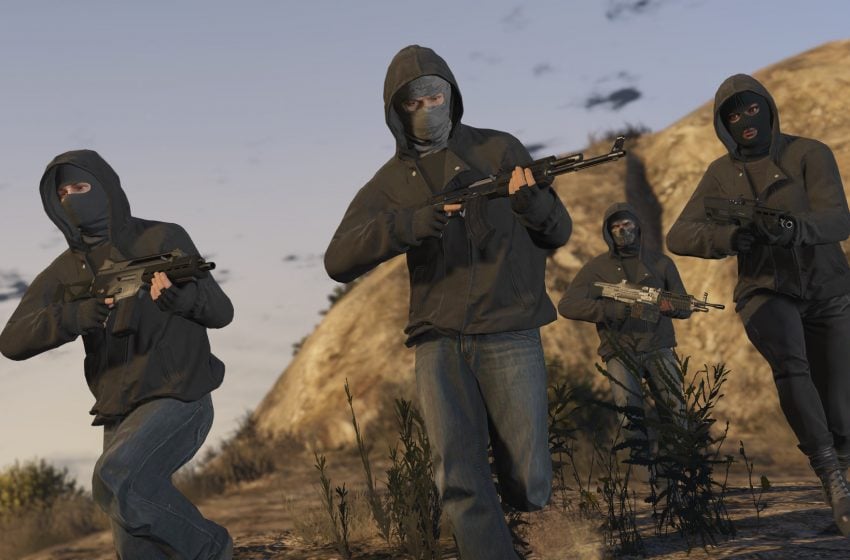 GTA Online players from Hong Kong are taking the protestor’s fight onto the servers with players from mainland China respond by dressing up as riot police. It sounds farfetched, but a recent report by Abacus News has shown that the real world protests in Hong Kong have spread into the digital realm.

Thanks to the recent Diamond Casino Heist in GTA Online, players can now dress in the black clothes, yellow hardhat, and gas mask that has become synonymous with the Hong Kong protestors. Players are rallying each other on the LIHKG online forum, encouraging each other to get the outfit and meet up to cause all kinds of trouble.

“I don’t blame you for not having the balls to throw petrol bombs at the police in reality,” wrote one forum user. “But in the game, there are guns and rocket launchers, and you don’t have the balls to kill those gamers?”

Players from mainland China have responded by dressing as riot police and driving watercannon trucks. A recent pitched battle between the two sides went in favor of the Riot Police, who won through the weight of numbers.

This isn’t the first digital battleground that the real-life political situation in Hong Kong has spilled over into. Other instances include the developed virtual reality game called Liberate Hong Kong, and a mobile game called The Revolution of Our Times was removed from the Play Store by Google. One of the most famous incidents of the year occurred when Blizzard banned a professional Hearthstone player for his support of the protestors. Still, they did eventually soften their stance on the incident.

The GTA Online battles show no sign of slowing down, with more players on both sides rallying others to take part in pitched battles. One interesting aspect of the whole affair is that GTA V has not been approved for sale in China due to the game’s inclusion of drugs, violence, and sexual themes.

How to acquire admin privileges in Dubai in Hitman 3