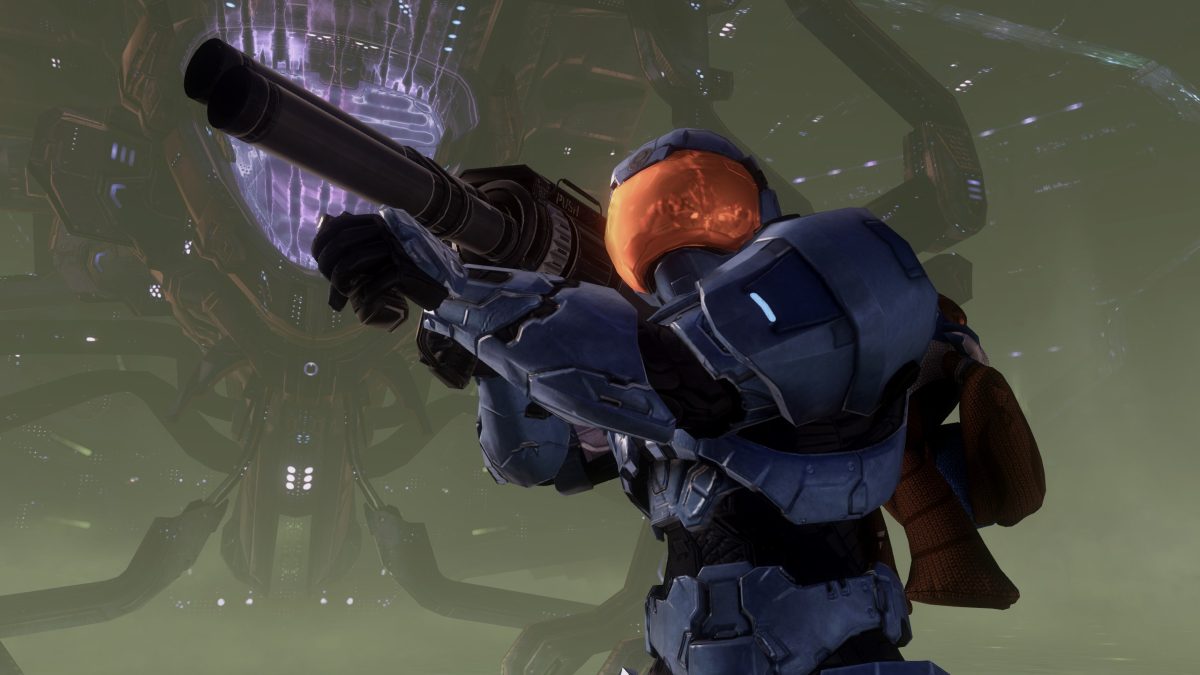 Developer 343 Industries is celebrating Halloween in Halo: The Master Chief Collection with a new, spooky Nameplate that’s appropriate for the season. Players must log on and get it quick, however, as the Nameplate is only available for a limited time.

The Nameplate was shown off in this week’s MCC Development and Flighting Update from Halo community support and engagement coordinator “Postums” over on 343’s website. His post reads in part, “Players who jump into MCC between now and Sunday, October 31 will earn the spooky animated nameplate, ‘Happy Haloween!'” This seasonal Nameplate features the Halo logo carved into a Pumpkin surrounded by a dark and eerie fog, a scene that will hopefully strike fear in your opponents.

Postums also alerts players to an update that’s dropping for Halo: MCC on November 3. Although the update is set to feature additional customization pieces and bug fixes, the specifics of what’s coming — such as new content for the Exchange — remain “confidential.” That said, 343 says it will outline the update’s details and patch notes in a blog post around the time it launches.

Postums concludes with a possible hint toward a 20-year celebration, saying, “And be prepared Spartans, with it being 20 years of Halo, let’s get ready to party like it’s 1999!” Halo’s 20-year-anniversary date of November 15 is certainly fast approaching, so it’s likely the incoming round of content for Halo: MCC will pay homage to the series’ heritage in some way. While Halo: MCC is the culmination of Halo’s 20-year legacy, its Multiplayer could struggle to maintain its popularity long-term after Halo Infinite launches this December.