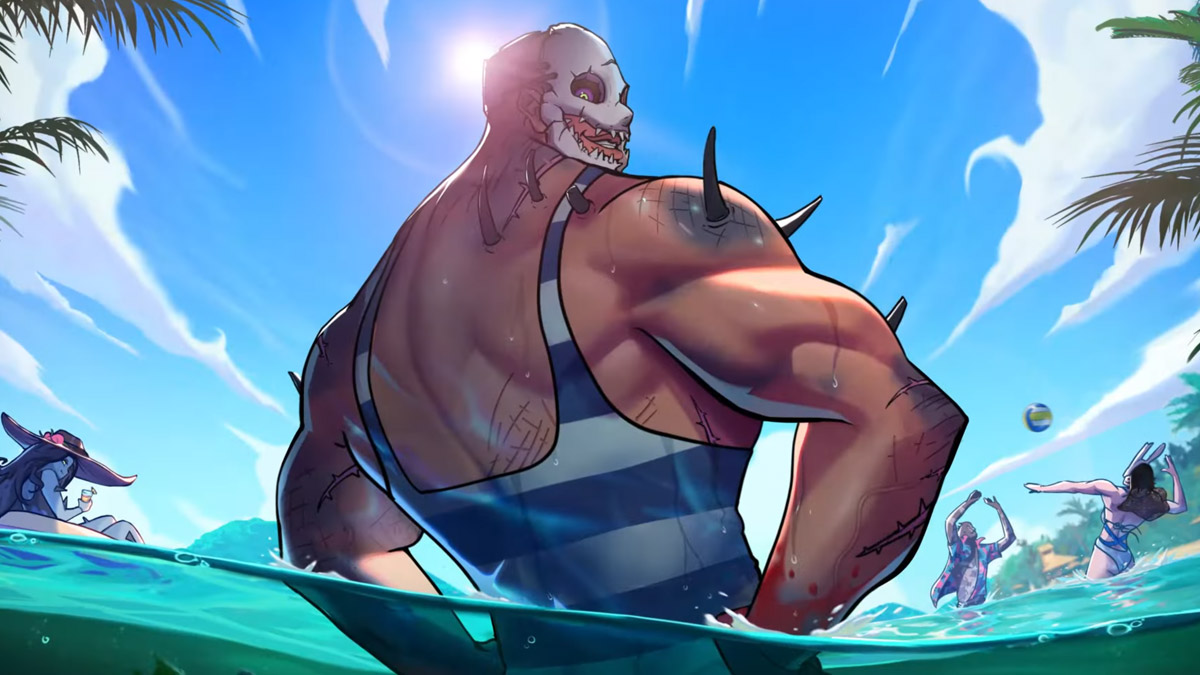 Video games often deliver a strange mix of horror and attraction. Just look at all the love for Resident Evil Village’s Lady Dimitrescu, voted as the game’s most datable character. Behaviour Interactive’s Dead by Daylight has seen the same level of creepiness and crushes, and the studio is finally answering the fans’ demand for a dating sim.

It’s called Hooked On You: A Dead by Daylight Dating Sim, and the name pretty much lays it all out there. The announcement trailer gives us a look at all the eligible suitors (née killers), including The Trapper, The Huntress, The Wraith, and The Spirit. These individuals were already rather strong in the original Dead by Daylight — they need to be in order to maintain a threatening presence. In Hooked On You, they’re given more of a studly, muscular look, with their signature weapons and costumes being repurposed into playful masks and accessories. The trailer doesn’t give us an idea of how the game will play (dating sims are often heavily driven by text), but it does have a strong beach vibe.

Hooked On You has no firm release date right now, but it’s “coming to Steam this summer” according to the trailer description. Dead by Daylight is available on other platforms, but so far only PC has been confirmed for the dating sim.

The reveal of this spinoff game was just one part of Dead by Daylight’s sixth anniversary broadcast. The primary announcement was Roots of Dread, the game’s next chapter. That’ll be available on all platforms (not just PC) on Thursday, June 9. Roots of Dread is adding a new killer and a new survivor: The Dredge and Haddie Kaur, respectively. The Dredge has the ability to teleport between lockers, and if it happens to warp into one that’s currently occupied, it’s bad news for the survivor who was trying to hide there.