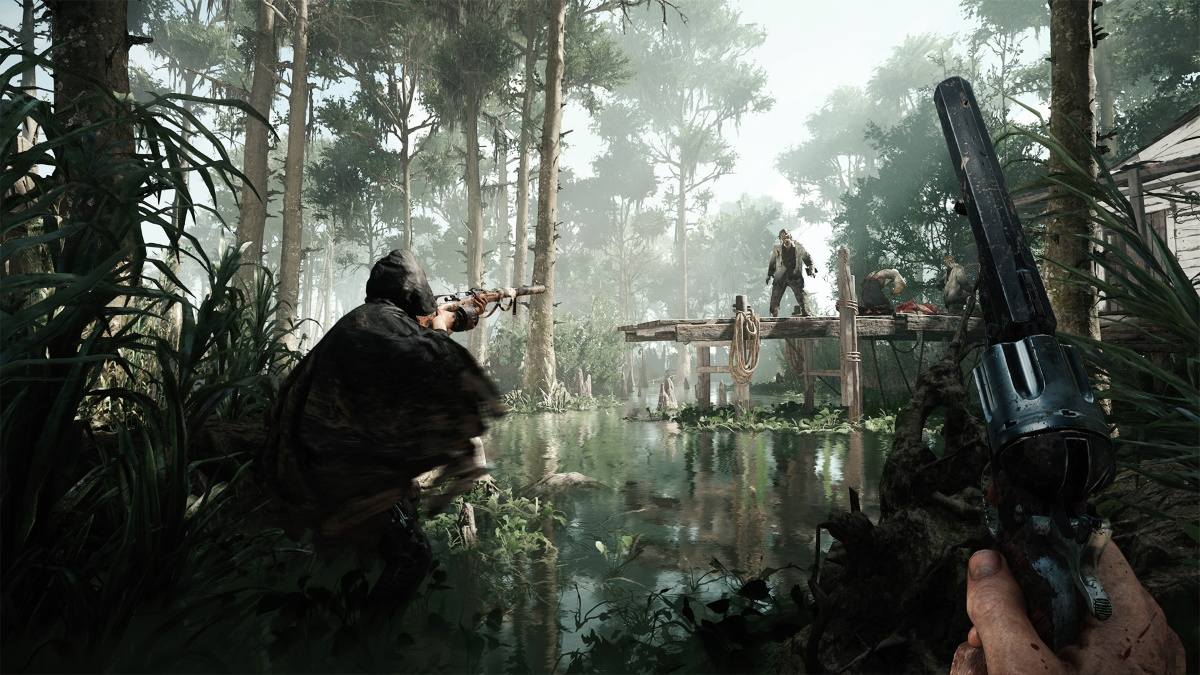 On May 19 Crytek released a sizable update for Hunt: Showdown, which included new weapon variants and custom ammo, some gameplay adjustments, and the usual helping of bug fixes and minor improvements. Unfortunately, the update also seems to have unleashed a new bug into the game, and this one is rather unplasant.

According to numerous player-submitted bug reports on social media and Reddit, the update inadvertently added a noticeable mouse movement deadzone to Hunt: Showdown. To put it simply, the game does not seem to detect slow, deliberate mouse movement. Flicking or moving your mouse around is mostly the same, but the moment you slow down your hand movement, the cursor — and worse yet, your crosshairs — freezes in place.

This is a pretty serious problem in this game, arguably more so than it would be in other first person shooters. Hunt: Showdown revolves around slow, deliberate mouse movement, as gunplay is all about landing headshots with archaic, slow-firing weapons.

It’s not clear just yet whether the bug affects all players, or only some unfortunate mouse and keyboard users. Bug reports have been submitted to Crytek, and we expect the situation will be resolved soon enough. As it stands, Hunt: Showdown is nearly unplayable for those players affected by the mouse deadzone bug.