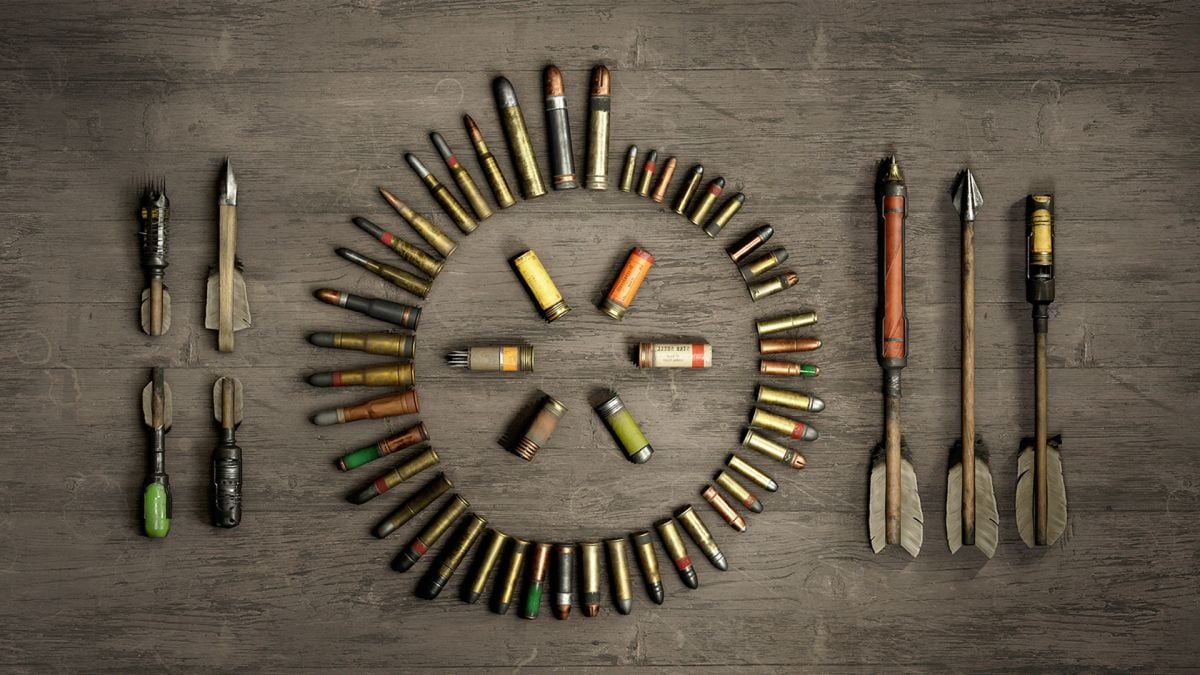 With custom ammo, Hunt: Showdown introduced a dense new layer of gameplay meta, allowing players to optimize their loadouts for specific purposes and playstyles more than ever before. The custom ammo update flooded the game’s armory with dozens of new ammunition types, creating a great diversity of options, many of which aren’t exactly competitive. While almost every custom ammo type in Hunt: Showdown can achieve results in the right circumstances, a great number of them are inconsistent, prohibitively expensive, or otherwise imperfect. This guide will highlight which custom ammo types in Hunt: Showdown gives you the most bang for your buck.

There are currently three fire types of custom ammo in Hunt: Showdown: incendiary rounds, Dragonbreath shells, and Starshells. The clear winner among them is the incendiary compact ammo you can buy for the Winfield series of rifles for several reasons. For starters, replacing your standard shotgun shells with either of the custom shells will take away your ability to one-shot hunters in close range, which is by all accounts the primary purpose of shotguns in Hunt: Showdown. You don’t need to set people on fire if you can knock them down with basic ammo, and that’s why Dragonbreath shells and Starshells are not recommended.

Medium and long incendiary ammo is also a sub-par choice because it reduces the effective damage and penetration of the guns that use it. Those are long-range rifles like the Mosin and Sparks, which are priced high specifically for their damage and penetration; paying extra to lose these benefits is counter-intuitive. These weapons also tend to fire slowly, which makes it harder to set players on fire with them. Incendiary ammo only singes players when it first connects, temporarily reducing their maximum health by a tiny amount; if you manage to land a second shot on the same player within the next five seconds, they will be set on fire, and will continuously lose maximum health while they burn.

This is why compact incendiary ammo is your best choice in this category. The weapons that use it are the Winfield line of rifles, the LeMat revolver, and the Bornheim semi-auto guns. These weapons fire rapidly by default or with the use of perks like Levering and Fanning, allowing you to set your opponents on fire instantly and offset the reduced shot damage with sheer volume of shots. Winfield rifles, in particular, are a great choice for incendiary custom ammo because they are cheap and flexible and can make quick work of the Spider and Assassin bosses, who are both vulnerable to fire.

There are two custom ammo types in Hunt: Showdown that are not intended for combat but rather as tactical options: the Choke bolt and Chaos bolt. They are cheap and effective, and you can equip both of them on the same Hand Crossbow, effectively adding a lot of extra utility to your loadout without sacrificing Tools slots.

Explosive rounds also provide some utility. They can detonate barrels with a single shot and instantly destroy doors, letting you breach buildings faster. However, explosive ammo is generally not a good choice in Hunt: Showdown, as it takes away your weapon’s penetration completely. Explosive crossbow bolts, in particular, are a terrible choice. The Crossbow has limited range and fires slowly, and the arrows fly in an awkward trajectory that makes headshots almost impossible to land.

The one explosive custom ammo type we can recommend is for the Springfield line of rifles. Springfield rifles are cheap and effective, and they can be equipped with two separate ammo types, letting you take explosive rounds and keep a pool of regular ammo.

Since almost all Hunt: Showdown players pop an anti-venom shot at the start of the match, all poison types of custom ammo are pretty much useless for PvP. They also have reduced base damage and penetration. Poison ammo shines against monsters. It kills most things in one or two shots, including Immolators, who are currently the most hated AI enemy in Hunt: Showdown, and for a good reason.

Your best options for poison custom ammo are the Nagant Silencer pistol and the Hand Crossbow. The Nagant is cheap, and it lets you travel the map swiftly and stealthily, clearing monsters and silencing noise traps with ease. For its part, the Hand Crossbow helps a lot in the boss lair. Each bolt produces a persistent poison cloud on impact, quickly draining the health of any boss that passes through it, except the Spider, of course. These clouds can also be used to temporarily deny building entrances to those precious rare hunters who forget to take their poison shots.

The Pennyshot is your go-to for killing boss monsters. This custom ammo is cheap, plentiful, can be taken with almost all shotguns, and it deals devastating damage to anything directly in front of you. Using it against regular monsters is overkill, and using it against hunters is ill-advised, as it has no penetration and lower effective range than regular buckshot. For those reasons, you should save it up for the boss fight.

There are multiple custom ammo types in Hunt: Showdown, designed specifically for use against other players. Those are the Spitzer rounds, Full Metal Jacket rounds, High-Velocity rounds, DumDum rounds, Flechette shells, and Slugs. Each one comes with a specific perk that helps you take down other players, like increased penetration or the ability to inflict Bleeding. In return, they also generally cost a lot and come with drawbacks like stronger recoil or reduced muzzle velocity. For most PvP-focused custom ammo types, the tradeoff is not good enough to justify the price tag.

However, there are some exceptions. Compact Full Metal Jacket rounds are generally a straight upgrade for the weapons you can take them with, which are the Caldwell Conversion and LeMat. These pistols are cheap and have big ammo supplies, and with FMJ rounds, you can use them to drop players through the types of cover that normally stop compact ammo.

Then there are the Slugs, which are atrociously expensive and actually reduce your total ammo pool. However, this is completely offset by how powerful Slugs are in PvP. This custom ammo replaces your shotgun’s buckshot with a single projectile with better penetration and effective range. This means you can one-shot hunters at longer distances and through thicker cover than you normally would with a shotgun.