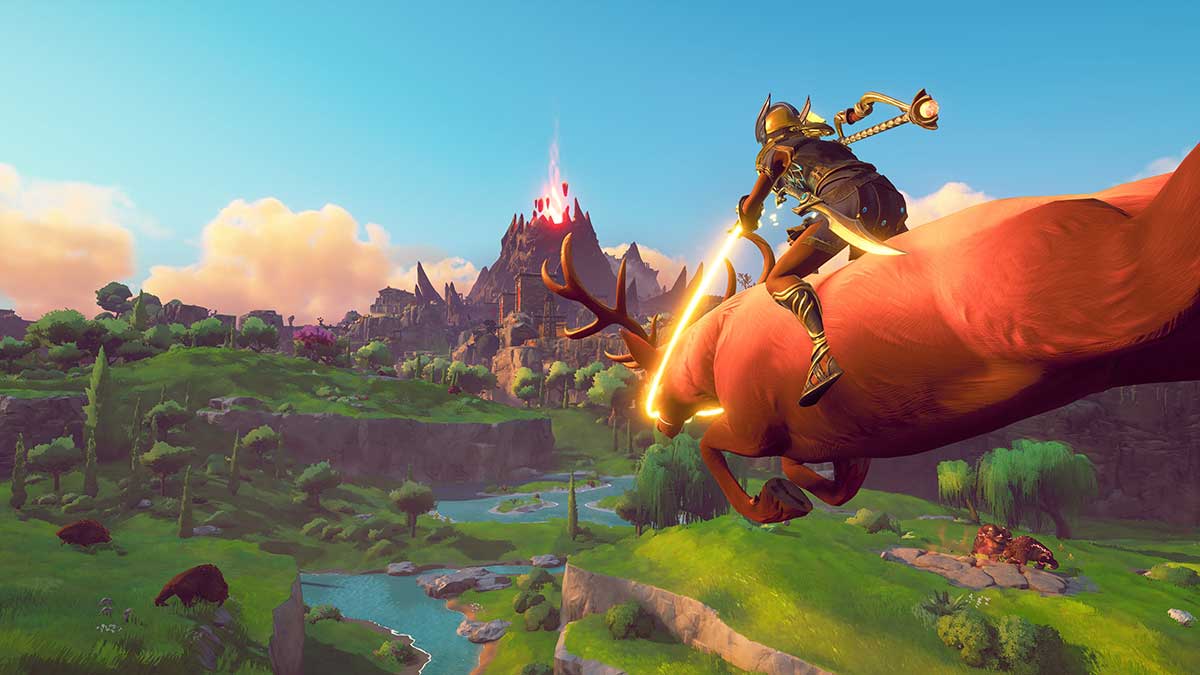 The three upcoming DLC expansions for Ubisoft’s Immortals: Fenyx Rising have been added as separate store listings on the Nintendo eShop. Conveniently, each listing also has a release date attached to it, meaning that we now know when to expect each one.

Shortly after the launch of Immortals: Fenyx Rising, Ubisoft published a season pass video highlighting the upcoming expansions. Each DLC is free to season pass owners. It’s likely that you’ll be able to purchase them separately once they’ve launched.

The DLC and release dates are as follows.

In this DLC, Fenyx travels to Olympus, home of the gods. There, Fenyx will undertake new challenges that alter the fate of both Fenyx and the Greek Pantheon.

With this DLC, players take on the role of a new character, Ash. The game’s camera will be more focused on top-down gameplay, allowing players to explore a familiar world from a different perspective. Ash’s goal is to grow closer to Fenyx and bring balance to the Greek world by finding new gods.

This DLC also features a new progression system based around isometric gameplay and allows players to build a character that suits their play style.

This DLC takes players away from the Golden shores of the Greek world and plants them into the shoes of a new character, Ku, in a new world inspired by Chinese mythology. This DLC expands the Immortals: Fenyx Rising universe, with a founding myth in Chinese mythology.

Ubisoft has yet to confirm these release dates at the time of writing. Considering that Immortals: Fenyx Rising is 30% off on most digital storefronts now, it may be the perfect time to pick it up.