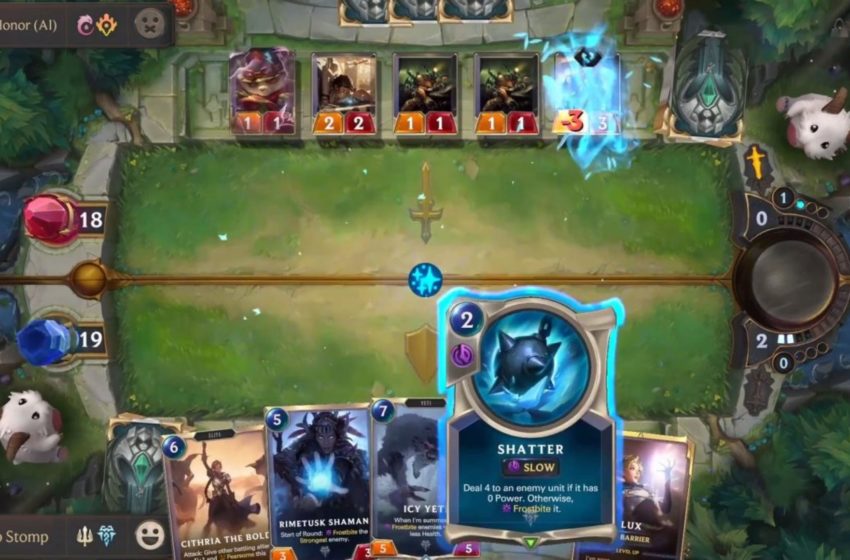 Legends of Runeterra’s next expansion, titled Call of the Mountain, has been revealed as the latest big update coming to Riot Games’ digital card game.

Announced in a YouTube teaser trailer on Monday, August 10, Call of the Mountain will task players with ascending Mount Targon in a brand new region of the game. The expansion will see 89 new cards arrive in-game, including seven new Champions, and a new ranked season patched through. New game modes and cosmetics will also be available to play and acquire, respectively.

Call of the Mountain will arrive on Wednesday, August 26, and Riot will celebrate its impending launch with a two-week-long extravaganza. Beginning Tuesday, August 11, Riot will release a series of articles, images, showcases, and videos across its website and social media platforms.

Each day will see new cards, due to arrive in Call of the Mountain, unveiled, so fans will want to keep their eyes fixed on Riot’s YouTube channel and social media outlets for more details. The card reveals will go live between 8AM and 10AM PT, 11AM and 1PM ET, and 4PM and 6PM BST every day until August 26. Call of the Mountain patch notes will go live at 10AM PT on Thursday, August 27.

Call of the Mountain will be the first of three expansions set in the Mount Targon region of Legends of Runeterra. The other two pieces of DLC are set to launch in October and December and will add 40 new cards each, containing three new champions apiece, to the game world for players to try and collect.