Since last year, episodes of Life is Strange 2 have been slowly rolling out. The season’s final episode is set to come out in December, but that’s not all fans can look forward to.

It recently came out on the official Life is Strange blog that Life is Strange 2 will be getting a physical release soon. Both Standard physical copies and a Collector’s Edition will be available. The Standard Edition will include the season’s five episodes as well as the prelude episode The Awesome Adventures of Captain Spirit. Episodes 1-4 will be on the disc while Episode 5 will still have to be downloaded, due to the maximum capacity allowed on physical discs. The Standard Edition will also include some in-game Arcadia Bay patches for Sean’s backpack.

The pricier Collector’s Edition will include everything from the Standard Edition as well as several physical collectibles. This collection consists of a vinyl box set featuring the game’s score, a hardcover art book with concept art, and vinyl figurines of main characters Sean and Daniel. All of this will come presented in a collector’s box. 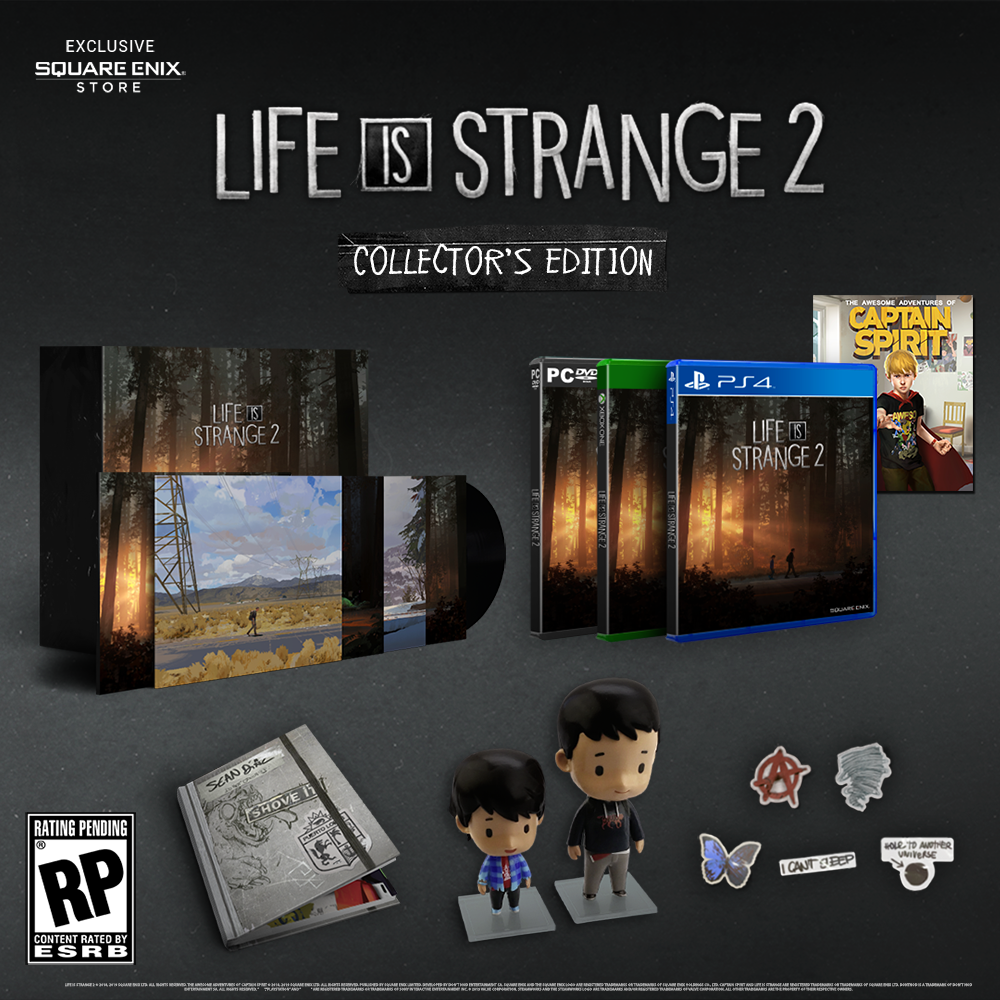 Both the Standard and Collector’s Editions are currently available for pre-order for PlayStation 4, Xbox One, and PC. These physical releases are set for Dec. 3 in Europe and for Feb. 4, 2020, in the Americas. The development team explains the reason for the physical releases happening on different days, depending on the region is due to how different countries handle the rating process. This particular rating system affects when games can get released. The fifth and final episode of Life is Strange 2 is going to release on Dec. 3 worldwide.