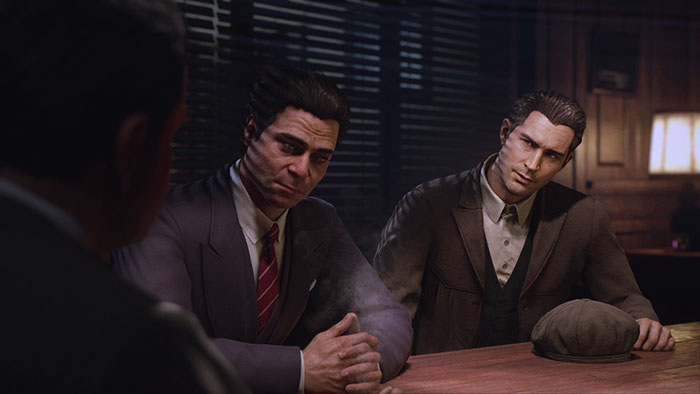 Mafia Definitive Edition has recast Thomas Angelo and other main characters for the incoming remake, part of the Mafia Trilogy. The game is releasing on August 28 and features, on top of revamped gameplay, new cutscenes, and dialogues, further exploring the original story and themes.

According to the details revealed by developer Hangar 13, “we looked for actors who not only sounded the part but also looked the part and could perform on both the motion capture stage and in the VO booth.”

Since “no one’s voice stays the same, especially after such a long period of time,” the team knew that they had to change something when selecting the actors that would have been working on the new content.

In particular, Thomas Angelo will look and feel different as a new actor, the Italian-Australian Andrew Bongiorno, who has offered his voice, likeness, and performance capture for the role.

Bongiorno is known for his work on TV series True Nightmares and Ben Affleck’s Live by Night. He was chosen as he is “believable as both a mobster and a family man,” and “could also convey his very human weaknesses” into a character who choices to be a mobster because of specific reasons that are explained throughout the game, not just for the sake of it.

While the fact the original actor is not a part of the cast could disappoint long time fans, it should add an element of novelty that could make the Definitive Edition even more interesting after so many years.

Mafia II and III Definitive Editions are simple remasters and GOTY versions, but the original game’s definitive edition is set to be a full remake.