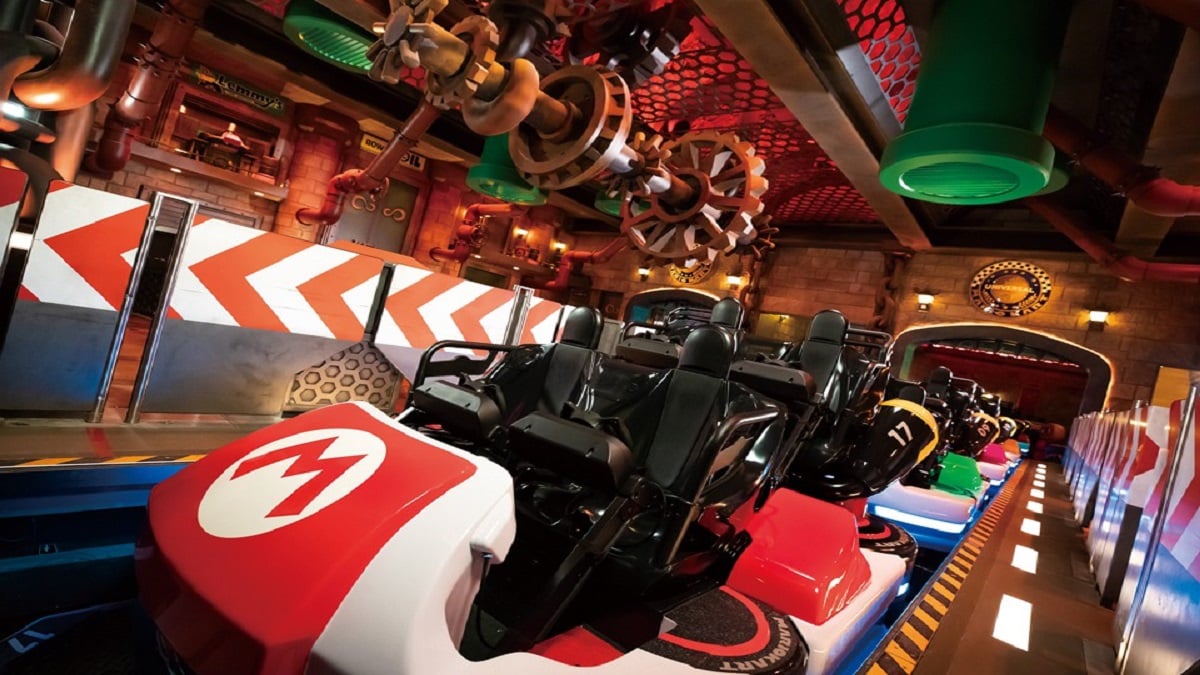 Super Nintendo World is finally expected to open its doors to the public on February 4, 2021.

The Nintendo theme park, which will form part of Universal Studios Japan in Osaka, will welcome the first patrons through its Mario-centric doors early next year. Multiple outlets, including IGN and Bloomberg, were recently given guided tours of a new theme park section, and to coincide with those reports, Nintendo’s Japanese website confirmed that the attraction would be open in the next two months. A video posted to the Universal Studios Japan YouTube channel also teased what fans can expect when they visit from next year.

Attendees were given a sneak peek of Bowser’s castle, which will house the Mario Kart: Koopa’s Challenge AR theme park ride that leaked in August. The King of the Koopa’s lair has been faithfully recreated, with long, winding staircases, an imposing Bowser statue, and paintings of Mario’s arch-nemesis lining the walls.

Famous Mario Kart trophies are also in full view and lead park attendees into the Mario Kart ride itself. Visitors will ride in kart-based cars on the attraction and, through their AR headsets, be tasked with trying to beat the ride’s AI racers to win the day.

Despite this announcement, Super Nintendo World’s opening could yet be delayed again. The theme park was supposed to open in the summer of 2020 to coincide with the Tokyo Olympics, but the Covid-19 pandemic forced both parties to shelve those plans. According to GamesIndustry.biz, the $578m attraction might see its opening date pushed again as Japan, and Osaka in particular, grapple with another coronavirus outbreak.

Mario Kart: Koopa’s Challenge attraction executive producer Thomas Geraghty told IGN that all AR headsets would be sanitized after every use. However, concerns about catching the virus from hardware, including wrist-worn Power Up Bands, could put visitors off from visiting. With theme parks taking substantial hits to their income due to the pandemic, Nintendo and Universal may opt to delay the attraction’s opening until it is safer to do so.