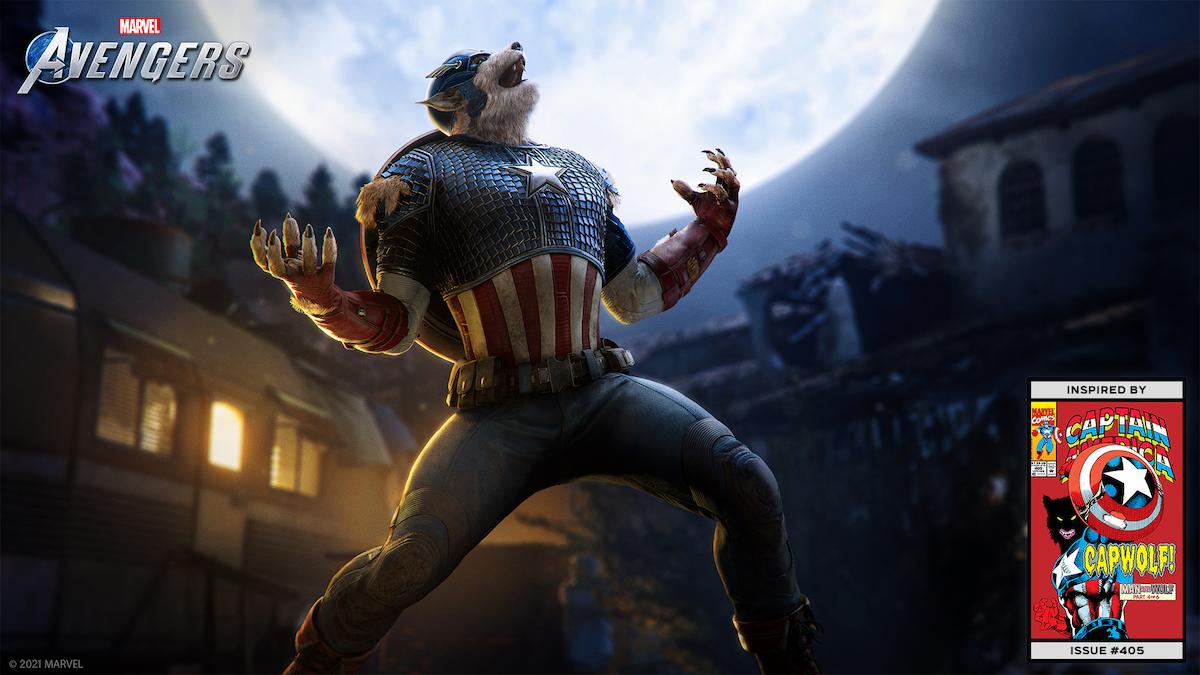 Marvel’s Avengers will soon debut a new skin for Captain America. The game’s official Twitter account confirmed this afternoon that we’ll be seeing the star-spangled man become a werewolf for Halloween. The new Capwolf skin will arrive in Avengers’ in-game marketplace on October 21.

“In a harrowing tale from comics back in 1992, Steve Rogers turned into Capwolf on a daring quest pursued,” the game’s Twitter account said today. The tale referenced here is issue 405 of the Captain America comic book series, in which Captain America foiled a plot by Dredmund Druid to create an army of werewolves, but not before becoming one himself, temporarily.

The announcement did not specify a price point for this skin, nor did it announce if it would be a rare, epic, or legendary skin.

Fan reaction to the skin has been generally positive, but that hasn’t stopped those upset with the game’s developer, Crystal Dynamics, from venting their frustrations on Twitter. Much of the malice seen in replies to the tweet stems from the game’s recent inclusion of paid XP boosters. Last week, after some of these criticisms evolved into instances of harassment and abuse towards Crystal Dynamics’ community team, the developer took to Reddit to issue a statement calling for peace from the community.