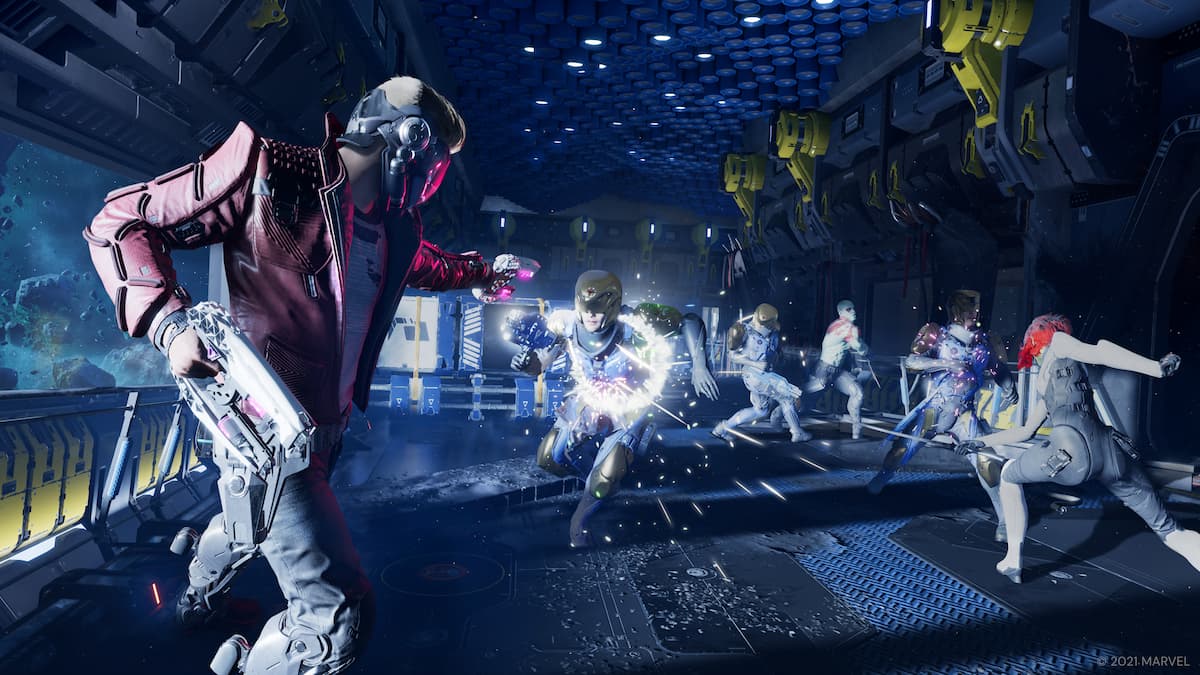 We are less than a week away from the launch of Marvel’s Guardians of the Galaxy, so fans are understandably excited to get their hands on it. We previously gave a rundown of the minimum and recommended system requirements for the game’s PC version. Nothing jumps out as unusual for a modern game other than the 150GB of disk space, but it looks like the developers might have been a bit pre-mature with those stats.

Last night the official Twitter account for Marvel’s Guardians of the Galaxy announced that the final size of the PC version of the game would be around 80GB, rather than the previously announced 150GB. For fans planning to play on either Playstation console, they’ll want to have approximately 50GB of free hard drive space.

This is a drastic reduction in the size of the game as previously advertised, which the developer Eidos-Montreal has said is due to optimization work being done by the team. This less HDD space requirement is good news for players who don’t want to use massive disk space to play the game but are very late to make those changes.

Marvel’s Guardians of the Galaxy will launch for PC, Playstation, and Xbox consoles on October 26.