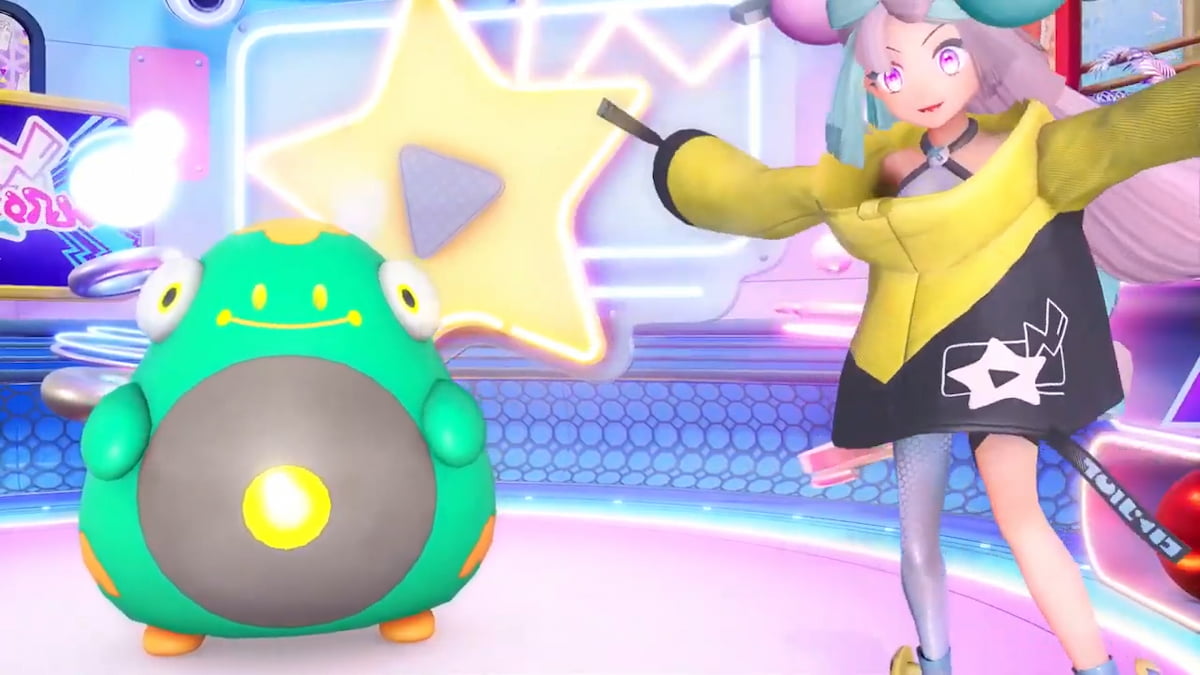 A few days ago, we were introduced to Iono, the Electric-type Gym Leader and noteworthy streamer appearing in Pokémon Scarlet and Violet. She will be one of the combatants players have to battle if they want to earn every badge in the Paldea region. Today, we meet Iono’s partner Pokémon, Bellibolt, and they will be appearing in Pokémon Scarlet and Violet.

The Pokémon was unveiled on multiple Pokémon YouTube pages, similar to Iono’s reveal several days ago. It was first shared in Japanese and later arrived with an English video version. The video reveals itself with Iono showing off the multiple guesses of what Pokémon she would be sharing, but previous selections, Pikachu and Croagunk, were incorrect. Bellibolt attempts to get into the shot throughout the video, providing small teasers before Iono officially shared it.

At first glance, Bellibolt looks like a chibified version of another Pokémon we might have seen from a different region in the previous Pokémon games. This might have been why Iono referred to Croagunk as a possible partner Pokémon for her, despite being a Poison and Fighting-type, and it looks slightly like an inflated frog. Still, we’d say it more closely aligns with Politoed.

We don’t know if Bellibolt is a starter Pokémon or the final evolution of another that appears in Paldea. It will be a brand new Pokémon to the series, making its debut in Scarlet and Violet.

Bellibolt will be an Electric-type Pokémon, and we’ll have to battle against Iono at the Levincia Gym to defeat her and obtain her badge during our journey throughout the game. Players will have the chance to battle against Iono at any time while working their way through the Paldea region, as this will be the first open-world Pokémon game, and players can go through the Gym leaders in any order they wish to go.