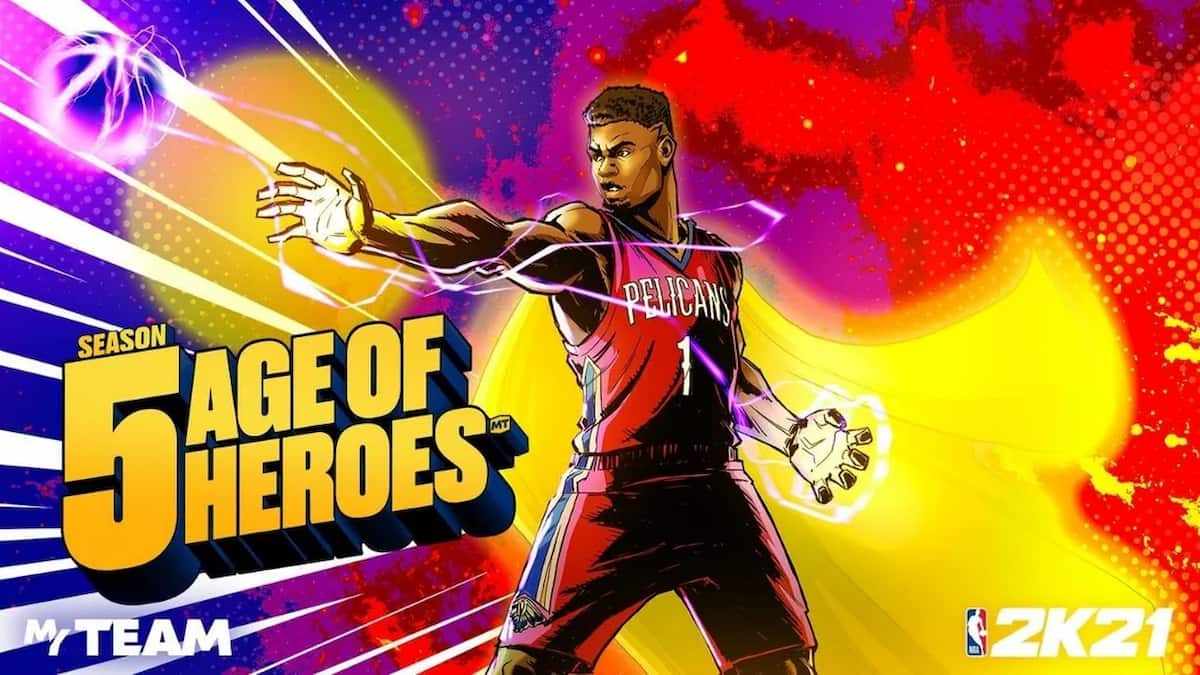 With All-Star Weekend just a few weeks away, NBA 2K21 is giving spotlight to some of the highest flying all-stars with MyTeam’s Season 5: Age of Heroes. Along with two new collections delivering superhero-themed cards, the latest season is also powered by a transformative LeBron James and an iconic Michael Jordan challenge.

Starting today, Age of Heroes will present new Agendas, or season challenges, which can reward enhanced “alter-ego versions” of superstar players. However, the biggest prize is the free giveaway of a LeBron James Evolution card. Unlike other Evolutions, this first-ever King James variant lets players choose which attributes are upgraded — ultimately leading to their own personalized Diamond LeBron James.

Speaking of the best of all-time, one of the most anticipated challenges has arrived: Michael Jordan’s Last Shot. In reliving this historic moment, MyTeam users are tasked with beating the 1998 NBA Finals Jazz team with the legendary Chicago Bull. Of course, a Michael Jordan card is required, and players can receive one for free with the locker code: JORDAN-LAST-SHOT. Even better, this exceptional card can be boosted with its Dynamic Duo, the Sapphire Derrick Rose card.

Like seasons before it, Age of Heroes holds new MyTeam Tournaments with the grand prize being a Galaxy Opal Pau Gasol. It should be noted Season 5 will be much shorter than its predecessors, scheduled to last for only about five weeks.

Players will also notice multiple changes made on the court, with NBA 2K21’s latest update bolstering player and jersey likeness, as well as increasing the effectiveness of one popular three-point shot.