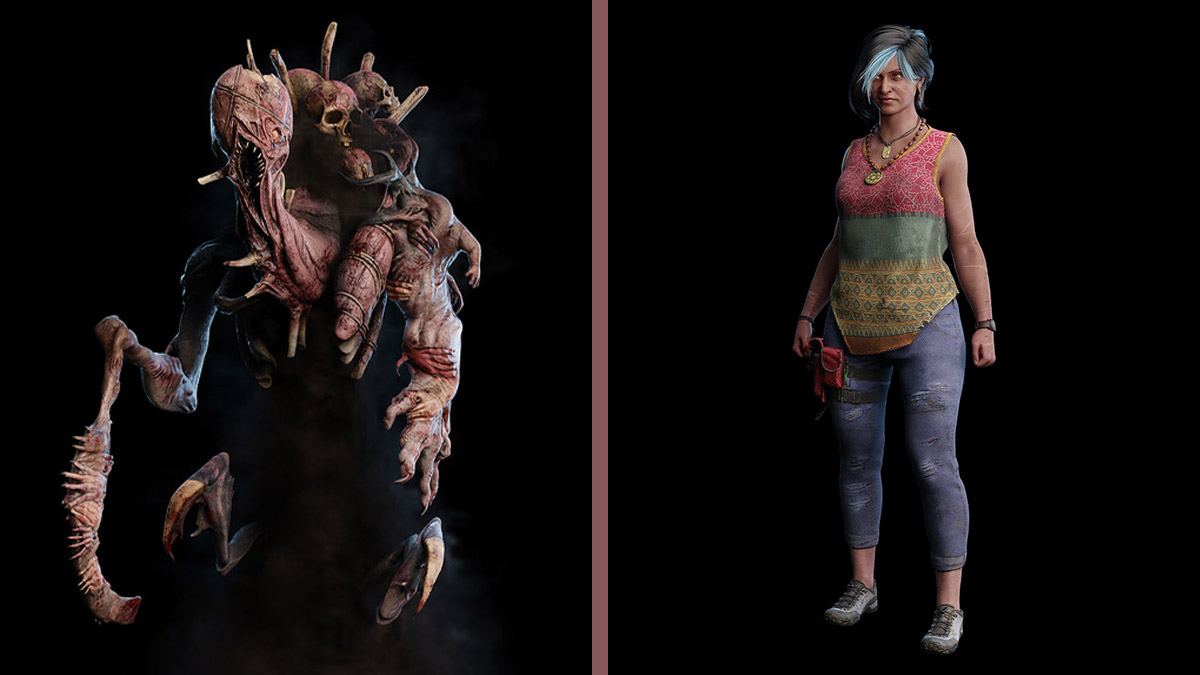 Dead by Daylight is always adding more killers and survivors, and the new chapter is no exception. Roots of Dread is the name of the next chapter, and it’s bringing more characters to both sides of the asymmetrical horror multiplayer game.

First up, the killer. Fans believed that Alien‘s Xenomorph was in the works due to some leaked info, but now we know that’s not the case. What we’re getting looks much worse. Dead by Daylight’s next killer is The Dredge, pictured in the image at the top of this article (on the left, clearly). The Dredge’s aura can actually be seen when the lights are off, but that’s part of what makes it so unsettling. Its body shape and dangling appendages form a horrifying silhouette. What’s more, it has the ability to teleport between any two lockers on the map — this was misconstrued with how Xenomorphs crawl through vents, hence the earlier fan theory. Yes, it can teleport to a locker that’s currently being used as a hiding spot. No, you don’t want to know what happens to that survivor as a result.

Speaking of which, Roots of Dread also adds new survivor Haddie Kaur (also pictured above). Haddie can be seen exploring the Garden of Joy, the new map that’s also coming with Roots of Dread, in the game’s latest trailer. The map is quite creepy, featuring an inverted room and plenty of hiding spots for The Dredge to burst out of. You can get a glimpse of that right at the trailer’s climax. All of this spooky content is coming to Dead by Daylight on Thursday, June 9.

Roots of Dread was just one of the announcements made during Dead by Daylight’s sixth anniversary broadcast. The game is also getting an Attack on Titan crossover collection pack, featuring new skins themed after the hit anime/manga series.