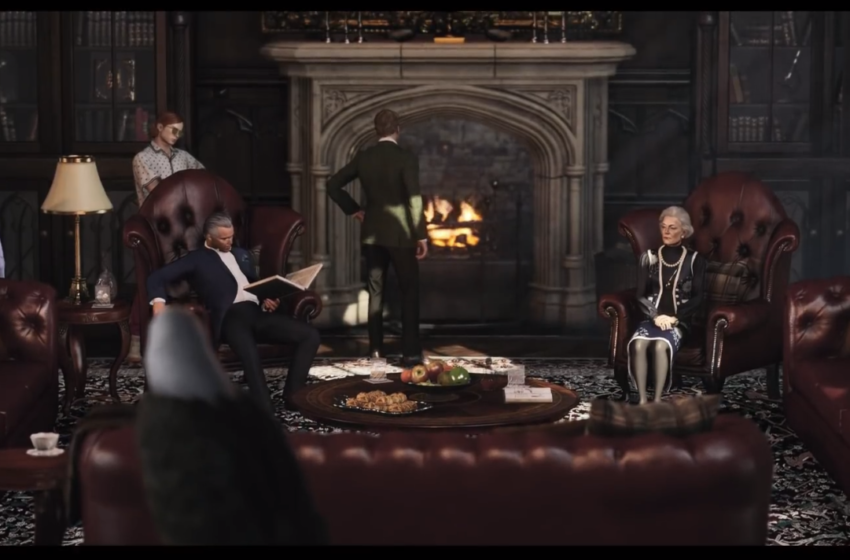 IO Interactive’s Hitman games have become beloved for their seriously bloody violence, but also for its outrageous, satiric approach. Hitman 3 will be no different, as a new video on its YouTube channel debuts a new location that mocks the setting and characters of the Academy Award-nominated film, Knives Out.

Located in Dartmoor, England, the trailer for “The Thornbridge Mystery” pans to each location in a rich family’s estate – from a mesmerizing fireplace, hallways full of deer heads, and a master bedroom with an older gentleman’s corpse spread out on the bed. Aside from the iconic home, even some of the dubious family members look similar to those in the recent murder mystery picture. So yes, the assassination title will grant users interactive access to a Knives Out-like scenario.

At the end of the video, we finally see Agent 47 walking toward the home, disguised as a detective, but clearly ready to do some harm. Speaking on the reveal, lead writer Nick Price doesn’t mention the film outright but says that the mission dials everything “up to 11” when investigating the gruesome murder.

Players will be able to get their hands dirty in this very familiar location when Hitman 3 releases in January 2021 for current and next-gen platforms. For PC players, the third installment will be an Epic Games Store exclusive.