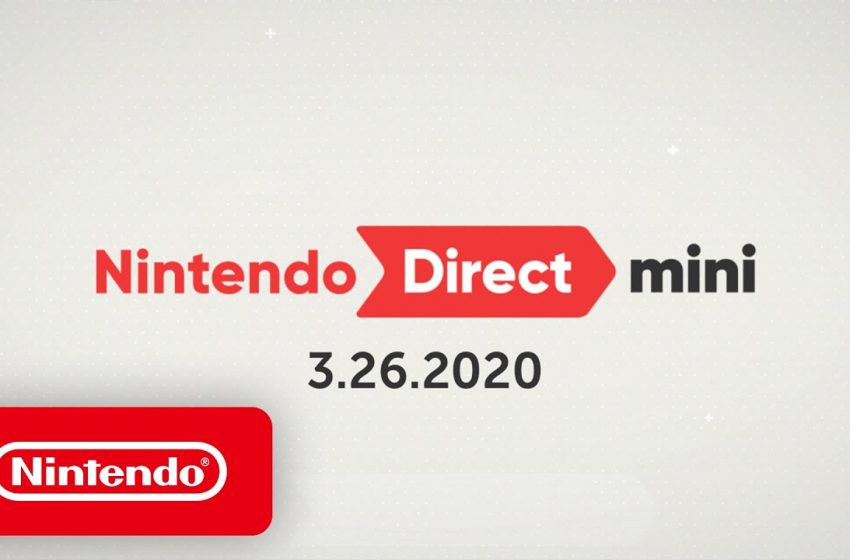 Today’s surprise Nintendo Direct Mini may have been shorter than a full Direct, but it packed a huge amount of information into its 28-minute runtime. From a new Smash Bros. character to some surprising Switch launches from 2K Games, here’s everything we learned from today’s Nintendo Direct Mini broadcast.

The expansion pass for Pokémon Sword and Shield will add new areas Isle of Armor in June and Crown Tundra this fall. The Isle of Armor will include a combat challenge using the Legendary Pokémon Kubfu, and finishing the Isle will grant your starter Pokémon with a Gigantamax form.

On April 1, Animal Crossing: New Horizons will get an update that adds Bunny Day, a seasonal celebration that lasts until April 12 where players can earn exclusive items by finding hidden eggs. Following that, the next update to the game will add an Earth Day event later in April.

Xenoblade Chronicles: Definitive Edition will hit the Nintendo Switch at the end of May, bringing updated graphics, music, and gameplay. Available for the first time on the Switch, it also adds a brand new chapter called Future Connected, which takes place after the main game. Xenoblade Chronicles: Definitive Edition will also get a Collector’s Set with a vinyl of the game’s soundtrack and other bonuses.

BioShock, Borderlands, and XCOM 2 collections coming to Nintendo Switch May 29

Super Smash Bros. Ultimate’s next fighter is from ARMS

The sixth DLC fighter in Super Smash Bros. Ultimate will come from the Nintendo Switch fighting game ARMS. Nintendo hasn’t yet announced which character will be coming to its mega-hit brawler, but the new fighter will be joining Smash Bros. in June, so more details shouldn’t be too far away. ARMS is also getting a free trial for Nintendo Switch Online members from now until April 6, if you want to get acquainted with the characters.

Bravely Default 2 (the confusingly titled third game in the Bravely Default series) was confirmed for a release sometime in 2020, but Nintendo didn’t get more specific than that. To hold you over until there’s more information, a Bravely Default 2 demo is available now on the Switch eShop, and Square Enix says it will follow up with a survey to help influence the game’s development.

Nintendo’s Good Job and Capcom’s Shinsekai: Into the Depths are available now

Shinsekai: Into the Depths was originally launched on Apple Arcade. It’s an underwater exploration/puzzle game about delving into undersea ruins as the last human left alive in a submerged world.

Catherine: Full Body is the updated version of 2011’s Catherine, a puzzle game about navigating an incredibly messy relationship. The Full Body edition first came to PS4 in 2019, and now it’s making its way to the Switch this July. Just like it did on other platforms, Catherine: Full Body will bring new characters to the game on Switch, including Persona 5’s Joker.

Ring Fit Adventure, the hit workout game that’s become nearly impossible to find as more people are going on lockdown due to the coronavirus, is getting a whole new way to play. The new rhythm mode will let players do exercise routines set to music from Super Mario Odyssey, Splatoon 2, and The Legend of Zelda: Breath of the Wild, as well as Ring Fit Adventure’s own soundtrack. The update bringing the new mode should be live later today, and it’s free to download.