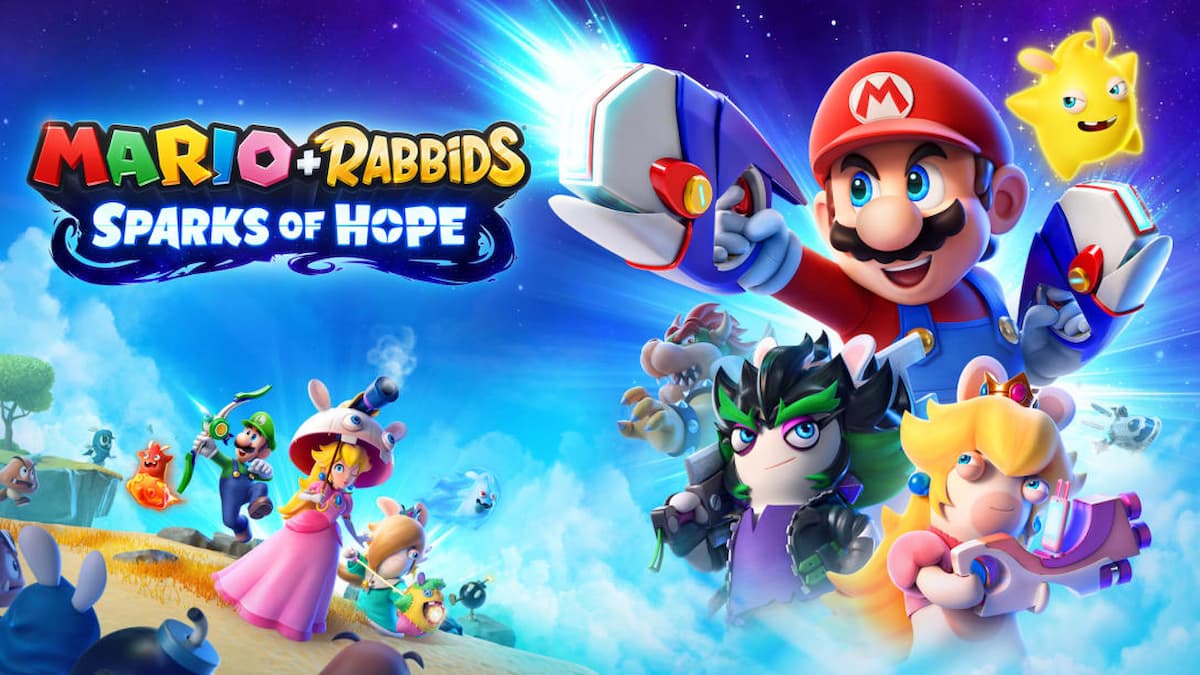 Mario + Rabbids: Sparks of Hope appears to be coming to Nintendo Switch in 2022. The game was leaked this morning when the game’s page was added to Nintendo’s official website. It has since been taken down, but we will likely get more information during Ubisoft’s E3 Forward livestream.

Before the page was taken down, there were some key details revealed about the game, including a mention of Spark companions, which sounds like it could be related to the world of Super Mario Galaxy. The page also stated the playable character roster will contain nine different characters. The main image for the store page also showed Bowser standing behind Mario in a team of characters, which would certainly be a big twist for the sequel.

Perhaps the most interesting detail is that one of the Rabbids has the same hairstyle as Rosalina, who was a featured main character in Super Mario Galaxy. Even if this doesn’t point to more Super Mario Galaxy content outside of this game, it still shows Nintendo is willing to trust Ubisoft and is letting them access Mario’s history for their collaborative efforts.

Speculation on a sequel began in early 2020 when a job listing went up for a game that sounded a lot like a Mario + Rabbids sequel. A 2022 release date for Mario + Rabbids: Sparks of Hope is a great surprise, and we’re looking forward to learning more about it during Ubisoft’s upcoming show.

Here’s a screenshot of the information that was on the website before it was taken down.