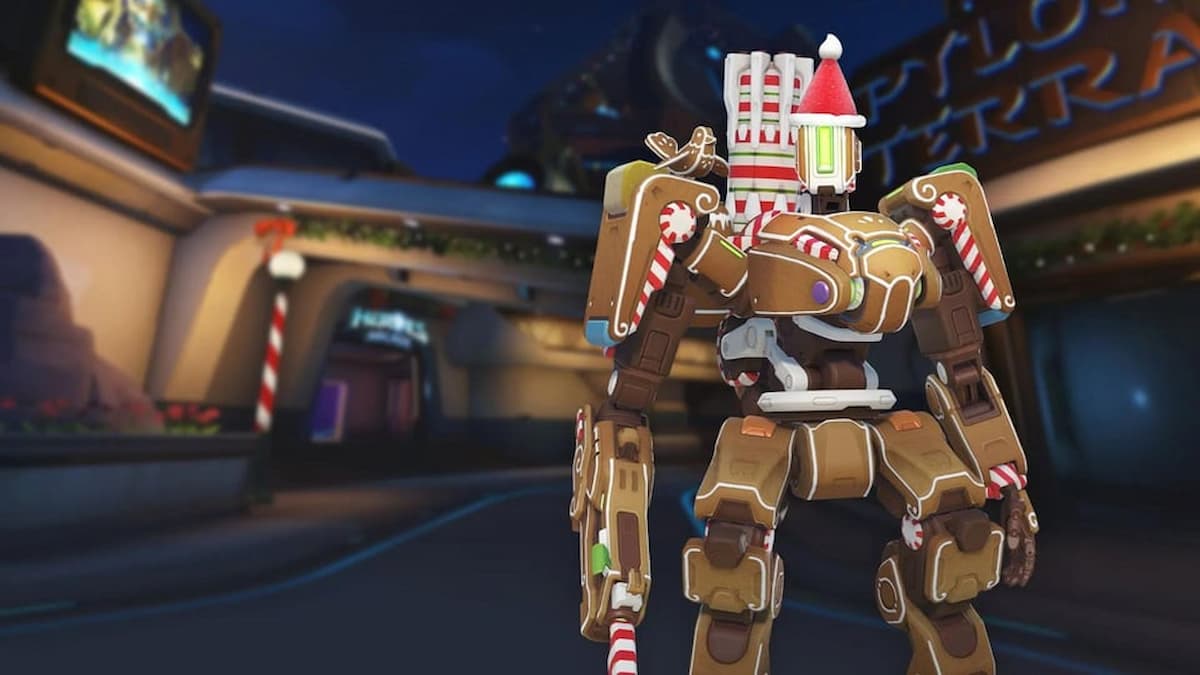 With the Winter Wonderland event hitting its second week in Overwatch 2 just days before Christmas, Blizzard is offering players a nice little holiday gift for anyone who wants a new skin. The gift is Bastion’s new Legendary skin called Gingerbread. It turns him and Ganymede into expected gingerbread abominations and throws a hat on Bastion. This present is not free, however, as you will need to pay one Overwatch 2 Coin to purchase it in the in-game shop.

Related: Every Overwatch 2 Winter Wonderland skin, and how much they cost

While no one is going to turn the opportunity to get a Legendary tiered skin for literally next to nothing, some of the Overwatch community have been quick to point out how even free skins aren’t free in Overwatch 2. Others are just relieved to see the game actually offer something to its players.

There has been a lot of criticism aimed towards Blizzard for the prices on display in their in-game shop every week either for holiday event skins or random bundles. Often, one Legendary skin can be priced close to $20 of real-world money. Past bundles including older skins have also regularly been even more than that.

With the Winter Wonderland event, it does appear Blizzard are slowly making small changes. There were no free or steeply discounted skins given away with the Halloween Terror event at the end of October. In the first Overwatch game, players would receive many loot boxes for playing the game that often gave you a pretty decent chance to come away with new skins. Now that Overwatch 2 has no loot boxes and most skins are exclusively locked behind the shop, you have to pay to get these items.

Hopefully, Blizzard can continue to tweak the experience during these events and meet a happy middle where players still feel compelled to pay for some skins, but don’t feel ripped off or like the rest of the game is unrewarding.