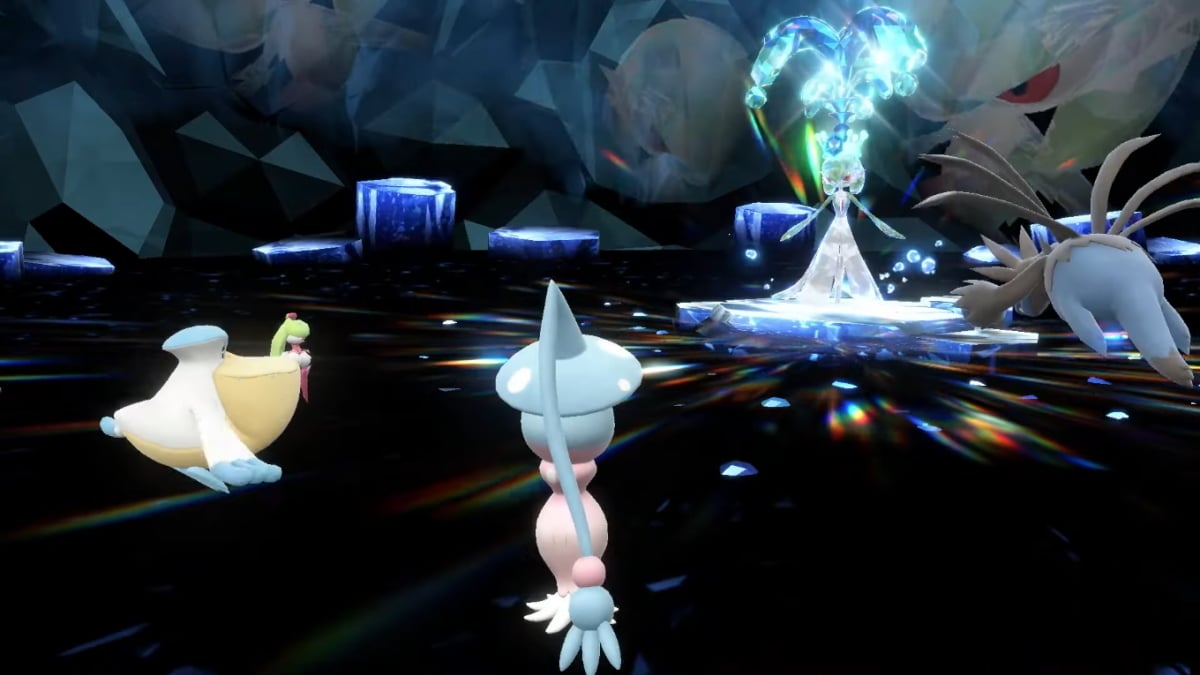 Image via The Pokemon Company/YouTube

A wealth of new information about Pokémon Scarlet and Violet was revealed today in a much-anticipated Pokémon Presents video presentation. Among the nuggets of information dropped were the name of the region players will be exploring, how story progression works in this new open world format, and the new mechanic of Tera Types and Terastillization. One of the additional new tidbits with the reveal of Terastal Pokémon is the introduction of Tera Raid battles.

In Tera Raids, players can face off against a powerful Tera Pokémon with up to three other trainers. It’s not likely to be a walk in the park, but the Tera Raid function allows players to attack and heal at their own pace rather than needing to wait for their allies in the games’ traditional turn-based mode of play. Best the Tera Pokemon in a Tera Raid and you’ll get the opportunity to catch it for yourself, potentially netting a ‘mon with an unusual Tera Type for your own use.

This of course isn’t the first time raid mechanics have shown up in a Pokemon game, though. Pokemon Go introduced Raid Battles in 2017, while 2019’s Pokemon Sword and Shield included Max Raid Battles. This latter example, which saw four trainers work together to bring down a permanently Dynamax or Gigantamax Pokemon, appears to be the template for Scarlet and Violet’s Tera Raids.

Expanding on the “cheer” in Dynamax Raid Battles, Tera Raids allow players to use three different cheers to give their allies a stat boost, putting a greater emphasis on cooperative play. Tera Raids will also let players continue to attack seamlessly without waiting on other players. No doubt any further similarities or differences between the two battle types will be revealed as the release date for Pokemon Scarlet and Violet gets nearer.