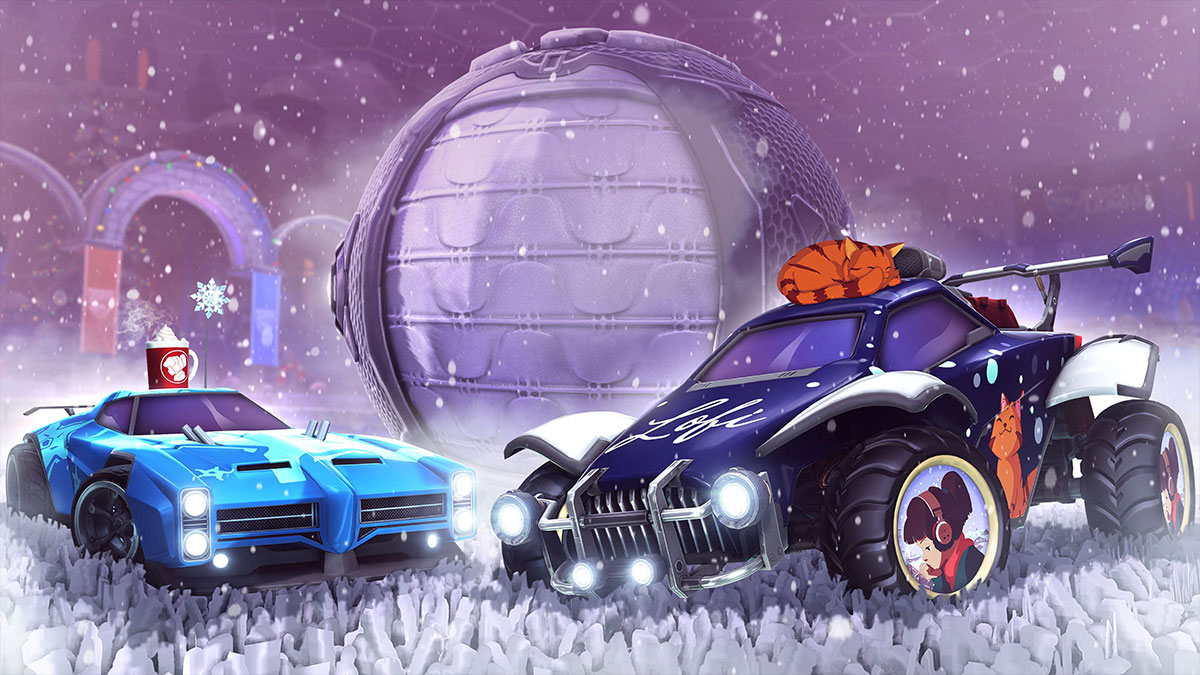 Rocket League is no stranger to crossover content. That comes with the territory once you’re tied in with Fortnite under the Epic Games banner. This latest announcement, however, is a bit of a swerve. Yes, that was a car joke.

Rocket League’s Frosty Fest 2022 trailer debuted during this year’s Game Awards. Like previous festive holiday events, the 2022 fest is adding a batch of cheery new cosmetics to the game. In this case, it’s a crossover with the super popular lofi hip hop radio YouTube channel. Anyone tuned in to listen to some songs while studying, relaxing, or perhaps even playing Rocket League has seen the Lofi Beats Girl, who sits there endlessly staring at her writing, headphones on, and pet cat chilling on the window sill.

All of that good stuff is represented in this cosmetic collection. The girl’s portrait is on the tire rims, her cat and hot cocoa mug serve as car toppers, and the car hood sports the word “lofi” in a nice cursive font. As you might expect from a crossover such as this, the Frosty Fest is also adding a collection of lofi tunes that you can bump while in the game’s menus. All of that kicks off in Rocket League on Wednesday, December 14, giving drivers plenty of holiday time to play around with the new goodies.

Rocket League is one of the best cross-platform games out there, letting people match up regardless of where they’re playing the game. That’s a great thing for connectivity, but not always for kids. As such, Epic Games recently rolled out Cabined Accounts for Rocket League and some of its other games. Anyone under the age of 13 (or their respective country’s age of digital consent) will be automatically rolled into one of these kid-friendly accounts upon booting up the game, siloing them off from potential internet creeps.