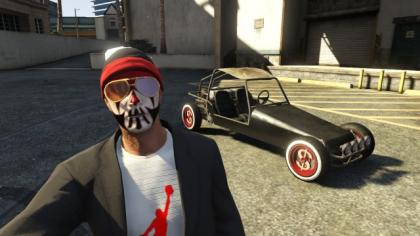 It seems that despite having released an endless mountain of content for GTA Online over the last six or so years, and with the next generation consoles on the horizon (with rumors of a new Grand Theft Auto), Rockstar isn’t finished yet with major content creation. Today the studio offered their biggest tease yet that a new GTA Online heist is on the way, involving the Diamond Casino and Resort.

The Casino was added to the game in a huge patch back in July, allowing players to gamble, drink and flash their wealth to their heart’s content. But since the release of the new establishment, players have speculated that it could make up the basis for a heist mission. This mirrors the original Grand Theft Auto: San Andreas, where you go through a number of set up missions to heist the rival casino Caligula’s further down the strip.

Rockstar has been quiet about it so far, but today it posted this short, cryptic video on Twitter:

It might have seemed like a normal update of missions to the game, but it shows one of the game’s main characters when it comes to heists, Lester Crest. An update of the game is due Friday, Dec. 13, which may explain the more sinister vibe from the teaser.

If it is a new heist, it would be the first for GTA Online since 2017’s Doomsday Heist update, and the third overall, with the original Heists update in 2015. The heists in every update so far have been very well received both critically and by fans of the game, so this will come as welcome news to many.