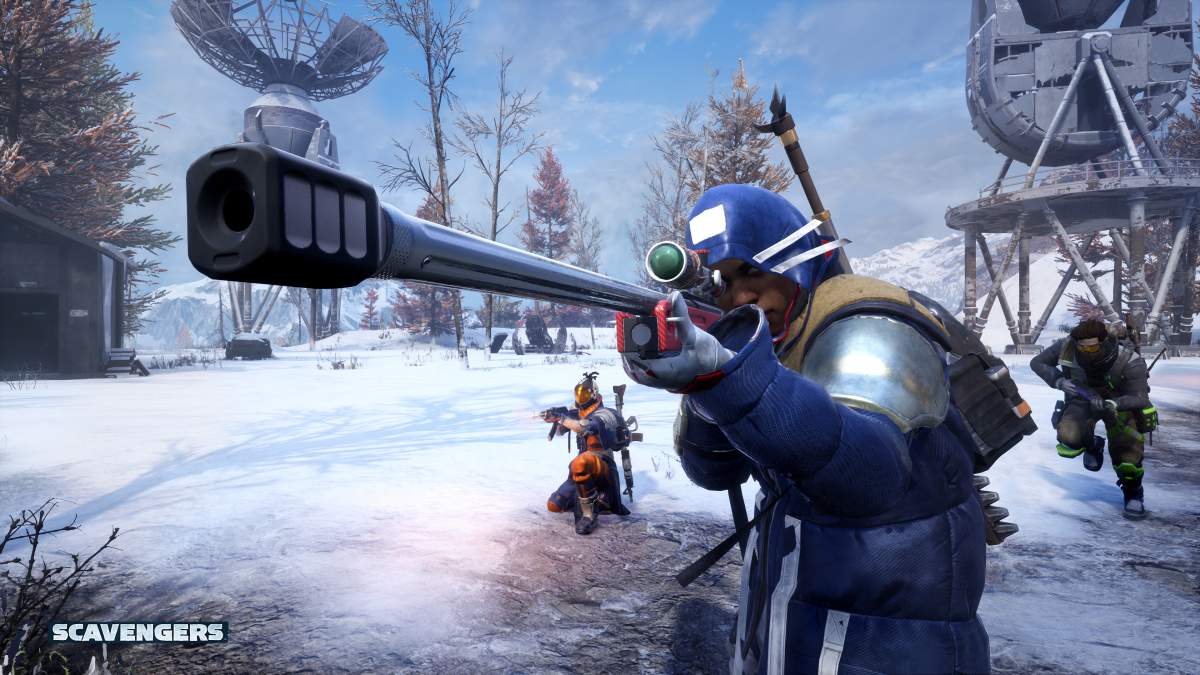 Back in April, developer Midwinter Entertainment hosted a live test of Scavengers through their experimental sandbox platform called ScavLab. The studio used said platform to host a closed-community test that featured over 1,800 players. Midwinter is currently hosting an open event in a similar vein, which started at 7 PM BT/2 PM ET, in which up to 5,000 players are sharing the same in-game communal hub.

The event features plenty of activities for players to participate in, including competitive sports mini-games, large-scale combat, and a live digital AMA with Midwinter CEO and co-founder Josh Holmes. Participants needed to have downloaded Scavengers for free and then queue for ScavLab before 7 PM BT.

For those who missed out on the opportunity, there’s still hope. According to a statement from Holmes: “This is an opportunity for players to get a first look at the unprecedented scale and gameplay possibilities of ScavLab. We’ll test features and gameplay ideas with up to 5,000 players in a shared environment — with the potential to host many more in future events.” So depending on the success of this test, we might see plenty of future ones like it.

Earlier this month, Midwinter announced on Twitter that Scavengers began its early access period on PC, making it available for all players on both Steam and the Epic Games Store. Unfortunately, there are plenty of controversies already surrounding the game, with players accusing it of featuring pay-to-win mechanics. The issue lies with The Research System, which allows players to unlock new character perks and craftable items progressively, since it can be bypassed entirely by spending in-game currency.