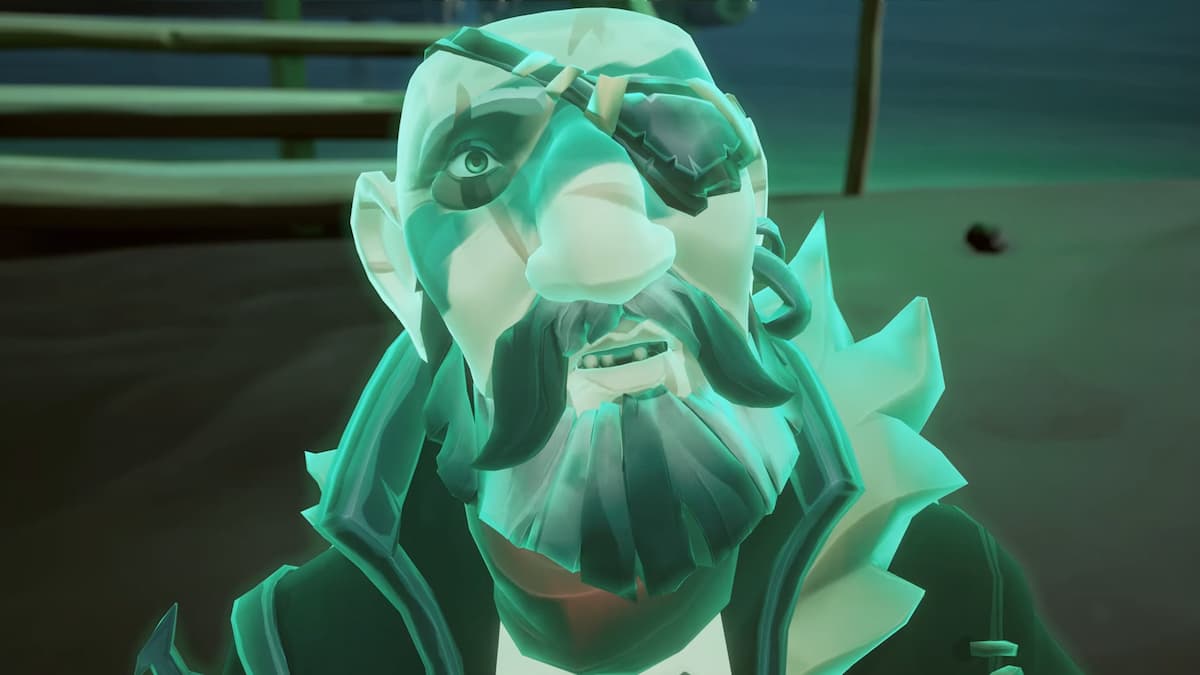 If you’ve had any emotional investment in the running lore and story of the Sea of Thieves world, these limited-time Adventures may have been a roller coaster. The previous story, Lost Sands, determined the fate of the Golden Sands Outpost. Most players ended up siding with Merrick of The Hunter’s Call Trading Company to rebuild the outpost, to great success. Though, it turns out that Merrick has found himself in trouble afterward, as we learn in the trailer for The Forsaken Hunter, the follow-up Adventure.

The cinematic reveals that Merrick has landed in the Sea of the Damned, now in a green, ghostly incorporeal form. He wakes up on a beach, near a line of other pirates set to board the Ferry of the Damned. It’s unknown how Merrick ended up here, even after his success in the previous Adventure. Merrick is then bullied by Wanda the Warsmith AKA the Masked Stranger and the former Bilge Rat Duke, both of who were revealed to have joined the Dark Brethren in the Pirates of the Caribbean expansion.

There are quite a lot of questions for fans that come out of this trailer, but it’s quite easy to speculate that this upcoming Adventure will take players on some sort of rescue mission to the Sea of the Damned. We also get a glimpse of a skeletal Wraith in the trailer, so players might finally have a proper encounter with them. Whatever the case, this Adventure will be playable for two weeks, from June 30 to July 14.

Following this Adventure will be the widely anticipated Captaincy update, coming with Season Seven of Sea of Thieves on July 21. That update will come with some highly requested features, most notably the ability to name your ship, and some quality of life improvements such as new Outpost locations for turning in loot with ease.