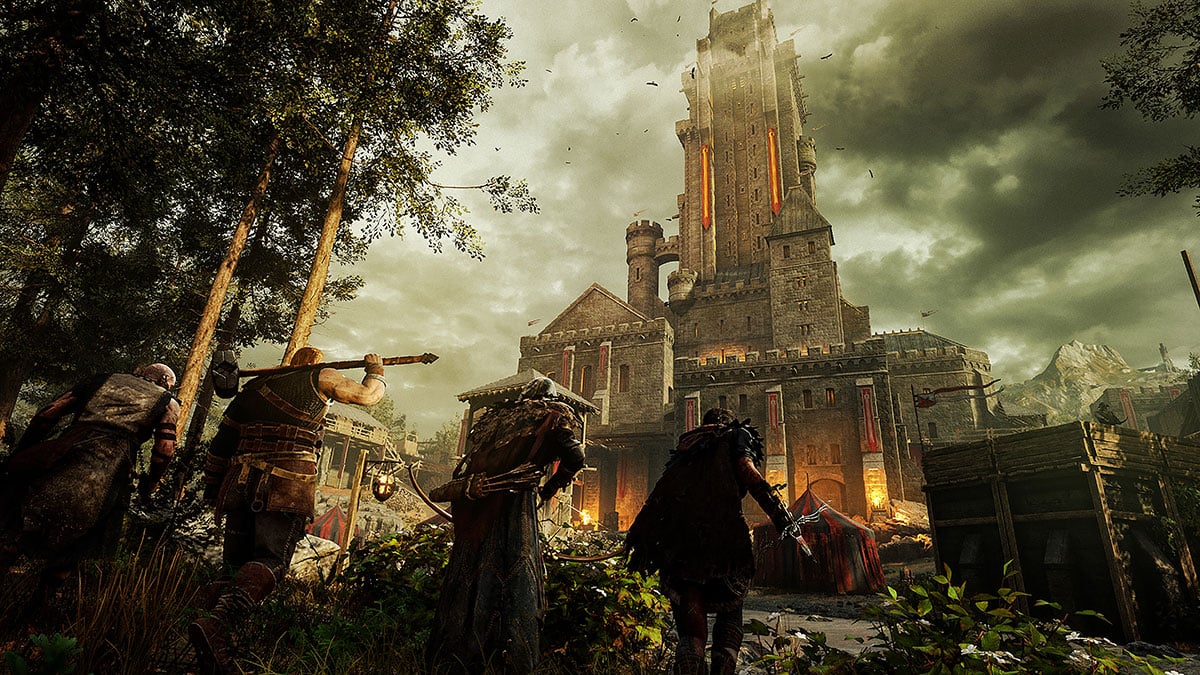 A new gameplay overview trailer for Hood: Outlaws & Legends shows how an average match will play out. This is our first look at the objectives in a match and the true role of the Sheriff. Hitman fans may also notice that Jane Elizabeth Perry, the voice actor for Diana in Hitman 3, narrates the trailer.

Publisher Focus Home Interactive has released overview trailers for each of the four character types: the Ranger, Hunter, Brawler, and Mystic. With this overview, we can now see how each one comes into play in a match against the Sheriff and his men.

Up until this trailer’s release, details about moment-to-moment gameplay have been scarce. Now fans can understand what they’ll be doing when they load up a match in just under a month when the game launches on May 10.

Four players need to work together to explore a location thoroughly before trying to steal any loot. You need to find the door to the vault and locate the key. Luckily, the key is always in the same place: attached to the Sheriff’s belt.

The Sheriff is described as a force of nature. He’s the toughest enemy in the game and can’t be killed. Instead, he can be defeated for a short period of time, but he’ll always rise and come after those stealing from him. He’s also guarded at all times by elite enemies.

Players need to steal the key from the Sheriff, either by defeating him and his guards or by sneaking up and plucking it from his belt. The Hunter’s invisibility seems like the perfect way to do this, but we won’t know the optimal methods until the game is out.

Once players have unlocked the vault, they can pick up a chest of loot and take it to the exit point. That requires tight teamwork, though, with some players killing enemies and others opening doors or using winches to transport the loot over the walls.

All of this must be done while battling against an enemy team of outlaws. Both teams want to steal the loot, but only one can be victorious. Map knowledge will be key to stealing loot from an enemy team, allowing quick-thinking players to get ahead of their foes and take them by surprise.

The last portion of the video indicates that teams can work together. This would make sense, at least to the point that the vault is unlocked. It seems that players are free to kill each other or work together for a smaller share of the available loot.

Hood: Outlaws & Legends releases May 10 for PlayStation 4 and 5, Windows PC, Xbox Series X and Series S, and Xbox One.