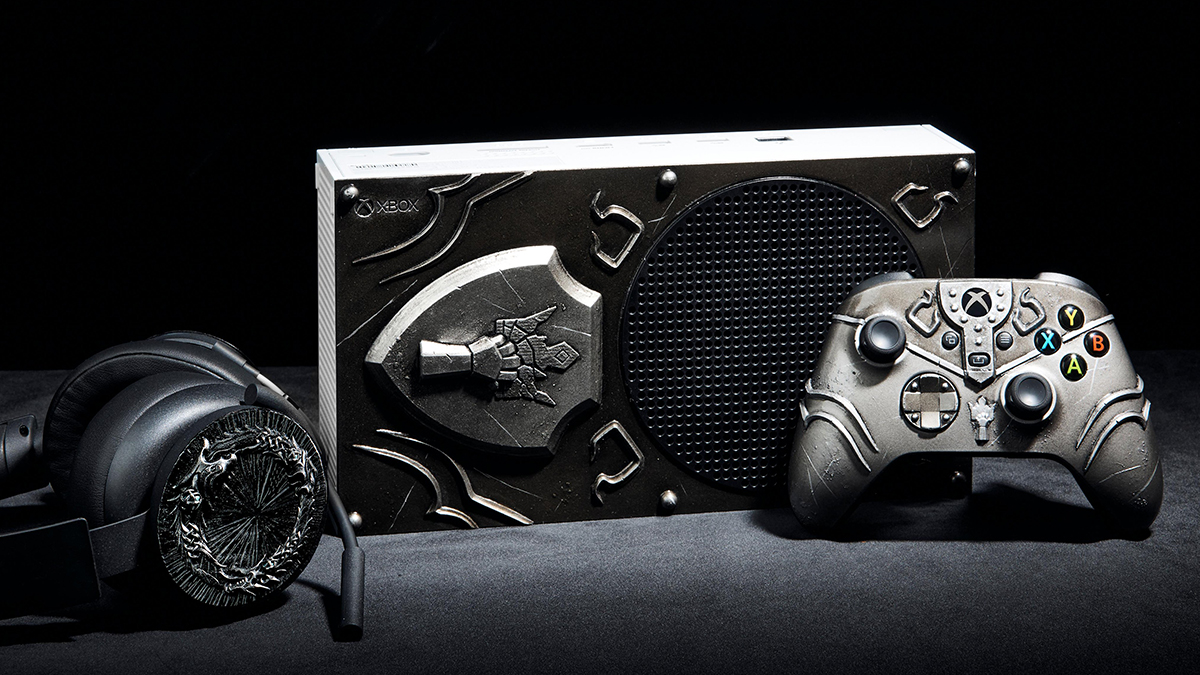 If you’re playing The Elder Scrolls Online on a console, there’s a good chance you already have an Xbox Series S. If not, you’re going to want to give this custom console a look. It’s one of the sharpest Xbox designs so far.

South Australian custom controller and console team We Are Robots put the Series S together for Bethesda. The console itself is a sleek metal color, sporting the branding of the Ascendant Order, a villainous force introduced in High Isle. The controller has a similar metallic design, with an identical emblem and bevels that mimic armor. This collection also comes with a wired headset that sports the ESO logo on its ear cups. Altogether, it makes for a stylish trio of Xbox goodies.

The console, controller, and headset will be given away to one lucky fan, and entering the sweepstakes is pretty simple. Just follow Bethesda’s Australia/New Zealand/Southeast Asia Twitter account, like the giveaway post, and answer the following question in a reply: “What is your knight name and why was it bestowed to you?” As you might suspect based on the account holding the giveaway, this is only available to folks in the Australia/New Zealand/Southeast Asia region. Full terms and conditions can be found at this link.

This is the latest in a long line of custom Xbox consoles that have been created over the years. A Series S and four controllers were modeled after Doctor Strange in the Multiverse of Madness when that movie premiered, and a whole dozen Lego Star Wars custom consoles and matching controllers were created as part of a Star Wars Day celebration. Expect to see even more custom creations in the future.

Though ESO’s High Isle expansion had a staggered release date, it’s now available across PC, PlayStation 5, PlayStation 4, Xbox Series X/S, and Xbox One. One of its biggest additions is a new card game called Tales of Tribute. We can help you get started and give you some tips on how to outplay your opponents.