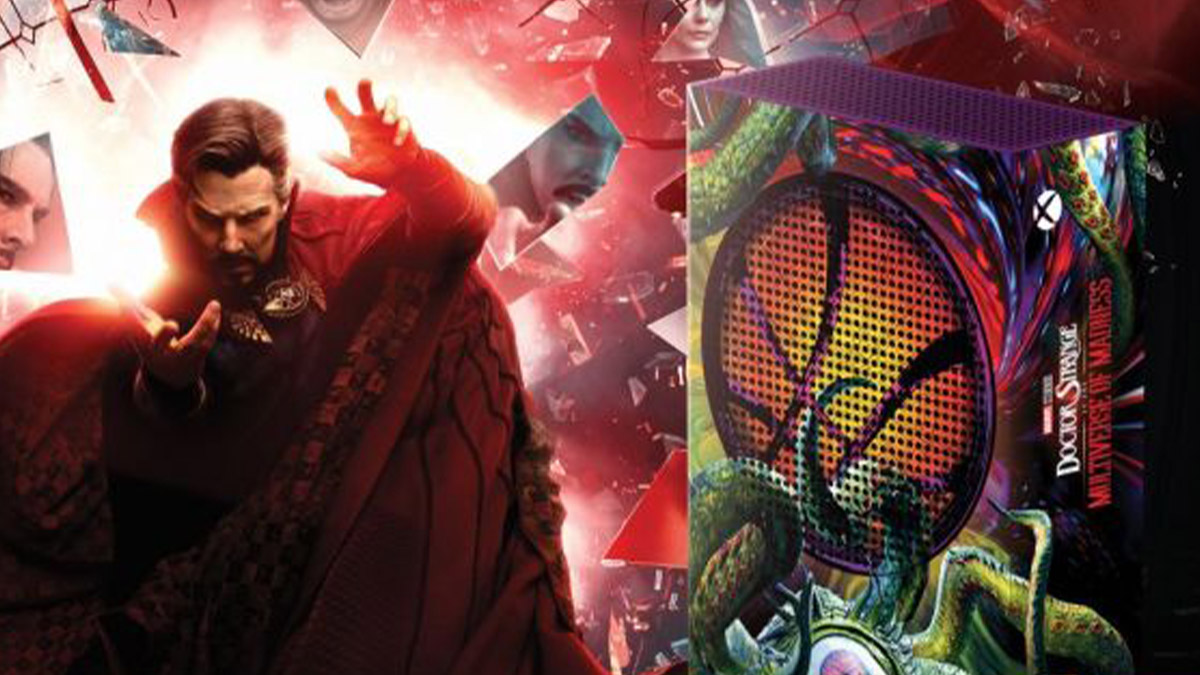 Dr. Strange In the Multiverse of Madness is the next blockbuster Marvel movie. That’s hitting theaters on May 6, but a new Xbox giveaway is running from now through May 20.

As seen on the Xbox website, a custom Dr. Strange Series S console has been created, and it features Gargantos, the giant green tentacled monster you’ve likely seen in the Multiverse of Madness trailers. It’s paired with four wireless controllers, each sporting a unique pattern based on a hero: Dr. Stephen Strange himself, Scarlet Witch, Wong, and America Chavez. You can get a good look at the whole collection below.

Xbox is giving away the console and all four controllers in a new sweepstakes. To enter, simply follow Xbox on Twitter and retweet the giveaway. Full terms and conditions can be found on the Xbox site. In the meantime, you can get the Dr. Strange skin in Fortnite Chapter 3 Season 2.

This is far from the only console or controller giveaway Xbox has done lately. Last year, a SpongeBob SquarePants Series X was created in celebration of Nickelodeon All-Star Brawl’s launch. There was also a pair of hairy controllers modeled after Sonic and Knuckles. Those were made to promote the Sonic the Hedgehog 2 movie, which had the largest opening weekend of any video game adaptation.