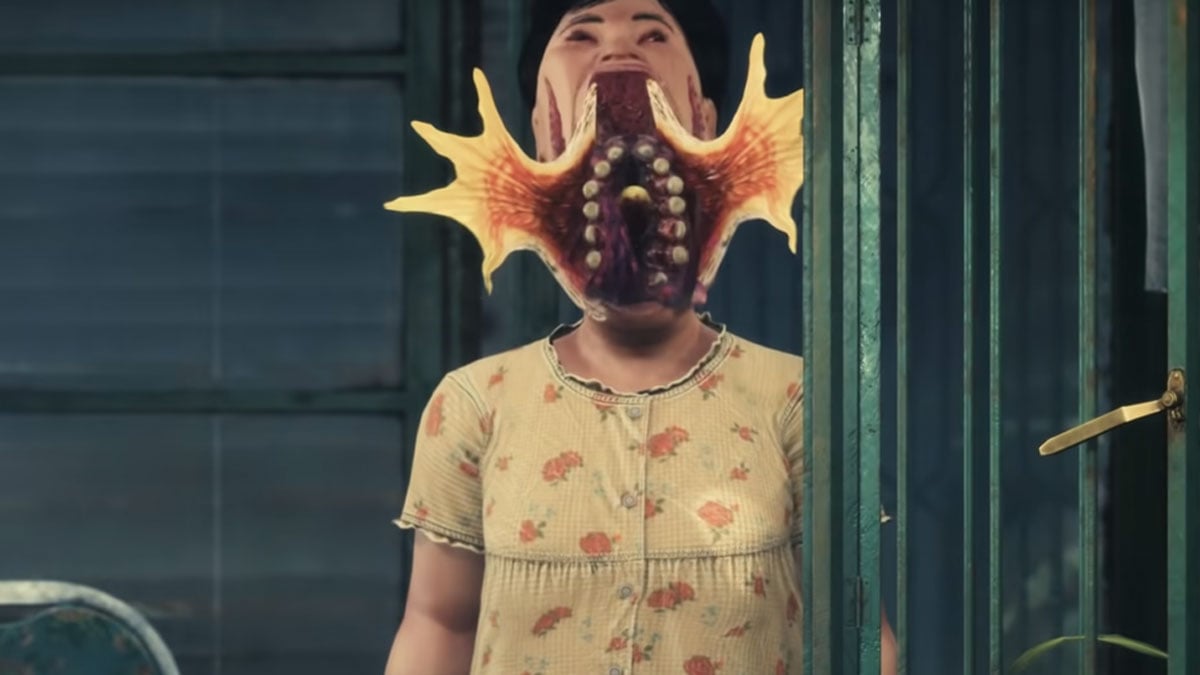 The Game Awards 2021 had world premieres for the likes of Alan Wake 2 and Star Wars Eclipse. Slitterhead is one game that, in particular, left us with lots of questions — like “what the @#$% was that?” Fortunately, Bokeh Game Studio founder Keiichi Toyama has some answers.

Speaking to IGN Japan, Toyama gave a few details about how Slitterhead plays, where it’s set, and just how scary it really is. “This will be an action-oriented adventure game from a third-person perspective,” he said. “However, it will include many new mechanics that have not been seen so far in other games, so I think it will result in a unique experience.” Players will be hunting down monsters called Yakushi — those are the nasty things in the trailer that look human until they split apart into a mess of tentacles and teeth.

We’ll be hunting them down in a fictional Asian city, one that resembles Hong Kong. “It’s not the real Hong Kong,” says Toyama. “The game will explore an original setting that blends the nostalgic sights of that city with pure fiction.” Considering Toyama is also the creator of Silent Hill, folks are expecting some top-level scares in the city, but that’s not all Slitterhead will give them. “We are not only focusing on the gore itself,” says Toyama. “We intend to portray horror in a way that deepens the sense of immersion for the player. We aim to make a game that is entertaining on a wide range of levels.”

Another lingering question you may have is, what is the release date for Slitterhead? We don’t know the launch window right now — or what platforms the game will be on, for that matter. That said, signs point to sometime in 2022.