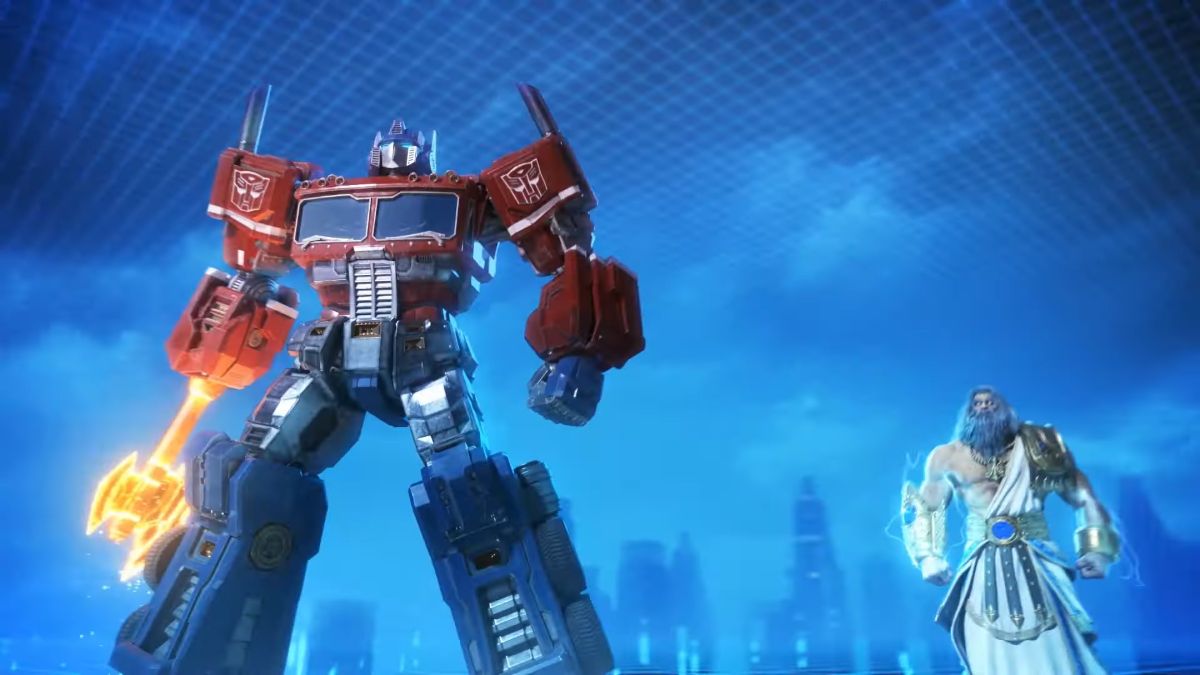 Transformers characters are coming to Smite in a new Battle Pass. The announcement was part of Hasbro Pulse, an event that reveals new information on Hasbro-owned properties like Transformers, G.I. Joe, Power Rangers, and My Little Pony.

A trailer showed off Autobot leader Optimus Prime teaming up with Zeus to fight against Decepticons Megatron and Starscream. A variation of the iconic “More Than Meets The Eye” theme is played in the background.

Based on the trailer, only Optimus Prime, Megatron, and Starscream will be heading to Smite. Players should be cautious in expecting other iconic Transformer characters like Bumblebee and Soundwave to make it into the game. The trailer also showed off that each Transformer model will have two different shading graphics. One of the shadings is meant to look more cartoonish and invoke the original 80s Transformers show that is referred to as Transformers Generation 1.

The Transformers Battle Pass for Smite is expected to arrive on November 16. Smite has done several cross-promotion beforehand, including crossing over with the Teenage Mutant Ninja Turtles, Avatar: The Last Airbender, and Stranger Things. Smite is a free-to-play, multiplayer online battle arena game that allows gamers to play as some of the biggest mythological figures in history. Greek Gods and Goddesses are part of the playable roster, which means that Optimus Prime has the power equivalent to that of a God.