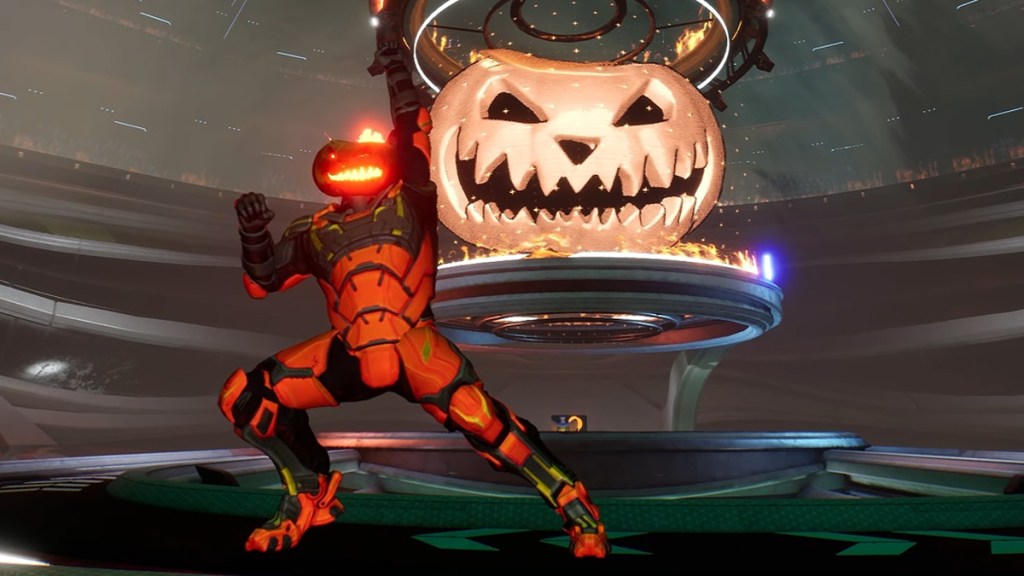 No, it’s not a nickname for another controversial event: “Spookygate” is the latest update for Splitgate, the competitive shooter with portals. As the name implies, this event is all about Halloween.

As shown in the Spooky Stadium teaser trailer, the Stadium map has gotten a macabre makeover. Jack-o-lanterns, skulls, and candles now decorate the battle arena. Splitgate’s menus have also been updated to reflect the spooky season, although the Halloween look is only for a limited time. The game returns to normal on November 1.

During this time, you can also earn three new weapon skins, created by Splitgate fans, by completing some appropriately spooky challenges. The Halloween update also serves as a general patch to the game, bringing a number of bug fixes and portal enhancements.

As for what’s next for Splitgate, developer 1047 Games has free reign to do what it wants. The studio received $100 million in funding recently, allowing it to remain independent and work on the game at its own pace. New maps and modes are likely in the future, with a battle royale mode even being possible someday. Native PlayStation 5 and Xbox Series X/S versions are also in the works — while Splitgate became playable on consoles in July of this year, anyone on next-gen consoles is actually just playing a cross-gen version of the PS4 or Xbox One game.