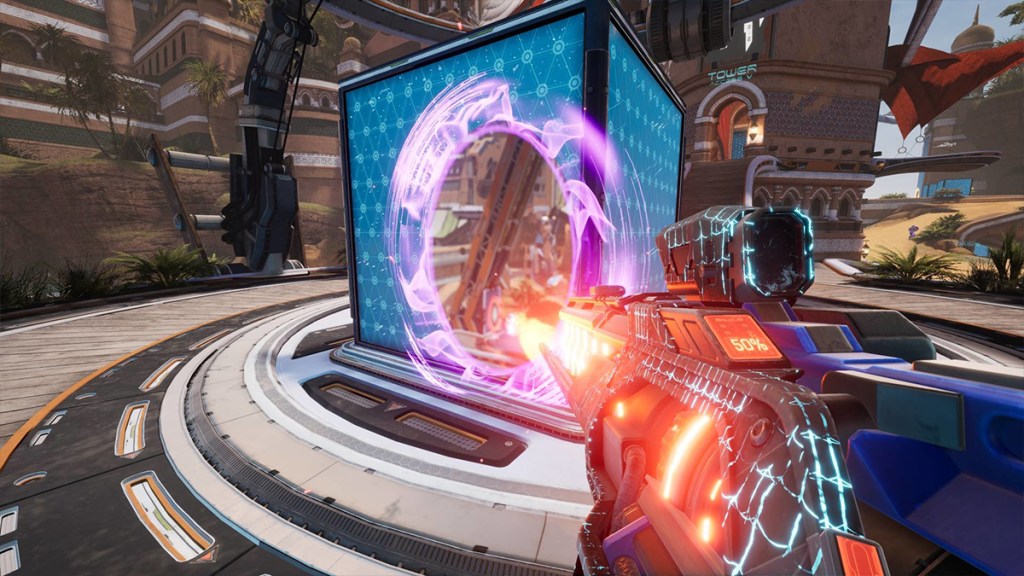 Splitgate is described as “Halo meets Portal,” but it sounds like some PUBG or Call of Duty: Warzone influence might be creeping in too. According to developer 1047 Games, a battle royale mode is entirely possible for the arena shooter in the future.

On Twitter, 1047 was praising Halo Infinite and expressing a desire to make Splitgate “the best game it can be.” In response, a fan asked about plans for a battle royale mode. The reply tweet stated there are no plans just yet, but that “everything is on the table.” So there’s a definite possibility Splitgate could get a battle royale mode someday.

That’s not all 1047 Games is planning for the future. Native PlayStation 5 and Xbox Series X/S versions of the game are in the works. Though there’s no release date or additional information for those at this time, we can reasonably expect performance improvements over the existing PS4 and Xbox One versions.

1047 Games itself has $100 million in funding after a recent round of investment, so more announcements around Splitgate are sure to come as the team continues to beef it up. That funding also keeps the team independent of any larger publisher.