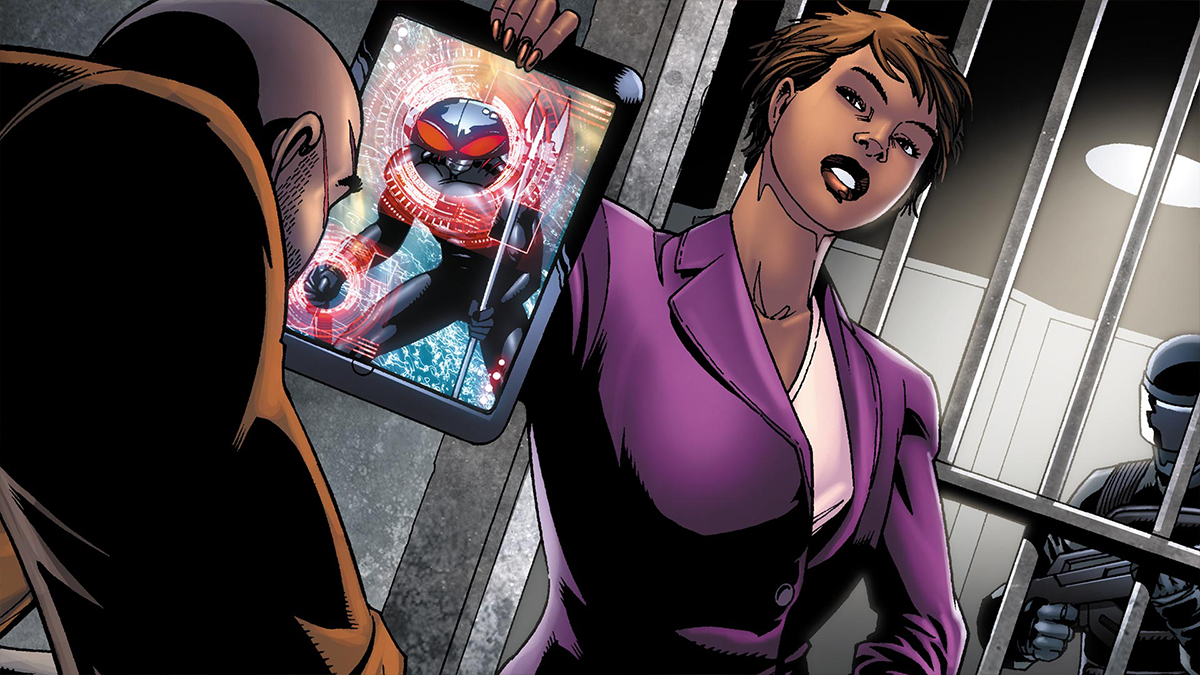 Suicide Squad: Kill the Justice League is an upcoming co-op game that lets you play as Harley Quinn, Deadshot, Captain Boomerang, and King Shark — we recently got a great look at them thanks to some lovely high-resolution artwork. That’s the squad, but who’s commanding them? Just like in the DC comics, and movies they’ll be taking orders from the hard-headed Amanda Waller.

The reveal comes via the game’s Twitter account, which includes a voice message from Waller herself: “If you’re not the President, consider me too damn busy. And if you are the President, you have my other line.” That straight talk is par for the course for Waller.

The tweet also includes a phone number. Calling that number that gets you an additional message: “Let’s get this straight, Deadshot. This contract isn’t negotiable, and I’m not your damn client. You don’t like your team? Well neither do I. But here we are.” Sounds like there’s some tension among the squadmates.

Hearing Waller’s messages has fans speculating about whom the voice belongs to, with one response saying it sounds a lot like Deborah Wilson, whose roles include Cere Junda in Star Wars Jedi: Fallen Order and Kit in Ratchet & Clank: Rift Apart. Viola Davis famously portrays Waller in The Suicide Squad and its predecessor of course, but the voice doesn’t quite match hers. Whoever the performer is, they’ll be joining the likes of Tara Strong as Harley and Samoa Joe as King Shark.

As for when we can kill the Justice League ourselves, there’s no specific release date for Suicide Squad yet. It’s coming to PlayStation 5, Xbox Series X/S, and PC sometime in 2022.