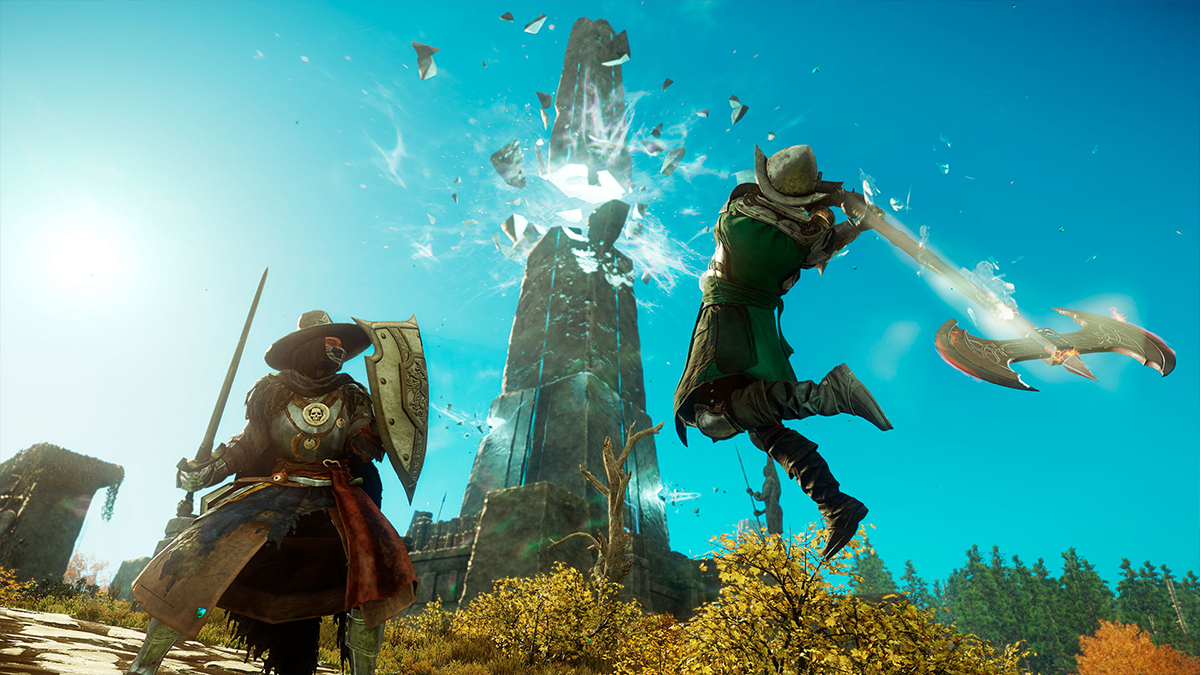 A known lag exploit has been making the rounds in New World lately. An attacking army can prevent the server from properly registering, causing a massive lag and then gaining the upper hand during large-scale battles. Those who participate in these one-sided wars are left helpless to defend themselves, losing territories to their enemies, and are forced to fight another day.

This exploit has been recorded by multiple members of the New World community, and it’s happened on numerous servers. A more notable thread on New World’s support forums was created by Kdog on October 6, who recorded the exploit. In it, the massive attacking force could obtain the control point, and the lag was so bad that Kdog was unable to land a hit against any attacking member, forced to watch as they took over the control point.

The wars in New World are when a Company, a guild, of one of the three factions increases their influence on a particular territory owned by a company of an enemy faction. When they reach maximum influence, the opposing Company can declare war. Both companies have a few days to prepare for war, with players from both factions signing up, regardless of the Company they’re in. When the two meet, it’s a 50 on 50 battle, with the attacking team needing to capture three territories outside the defender’s fort before attacking the control point in the fort itself.

The exploit occurs by players using massive amounts of AoE effects to lag the server, namely a weapon known as the Ice Gauntlet.

Hopefully, New World developers Amazon Games can find a way to fix this to prevent it from happening in the future. Once that’s fixed, though, the development team will have a more difficult task in handling the lost territories between the warring factions.