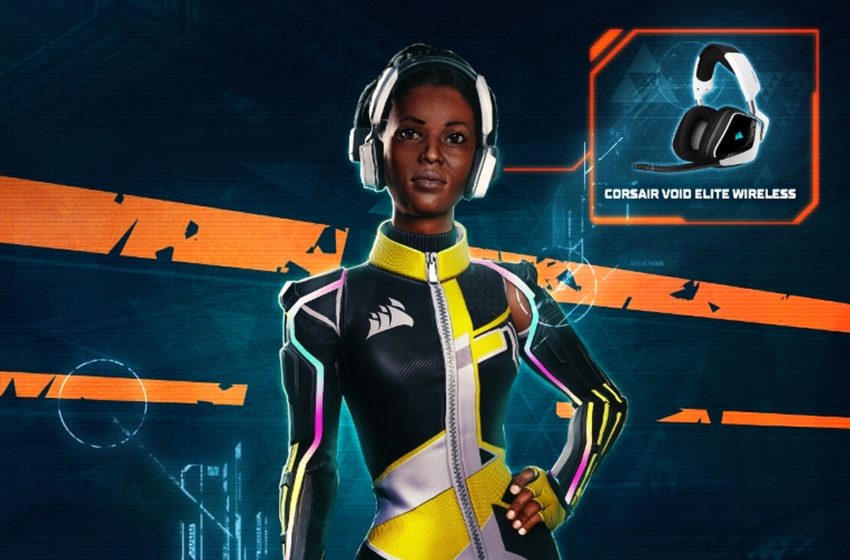 It would seem that Ubisoft’s new battle royale Hyper Scape takes its cyberpunk setting quite seriously. The game pits players in a deadly virtual reality contest organized by a giant shady corporation, and fittingly its first cosmetic features something you can buy IRL.

As revealed by streamer BladeBoques, who states that he has been invited by Ubisoft to stream the game during early access, the first known cosmetic in Hyper Scape is the Kehinde Corsair skin. The character is pictured wearing a Corsair Void Elite wireless headset, which is very much something you can buy in real life. The implication is that Corsair will feature in the game’s lore, and is perhaps a sponsor of the Crown Rush event.

Cyberpunk fiction loves to remind us that the future of humanity is in the hands of invasive mega-corps, so this Corsair tie-in is great for immersion, right?

Product placements in games are not exactly a new concept, but it is still interesting that Hyper Scape is this eager to break the fourth wall. If this first look is any indication, the game will have more cosmetics advertising real-life gaming gear to players.

Some observers have already rationalized this as just another step in the free-to-play model’s evolution. If everyone else is as welcoming to the idea, I think we are about to see a lot more of that in games.