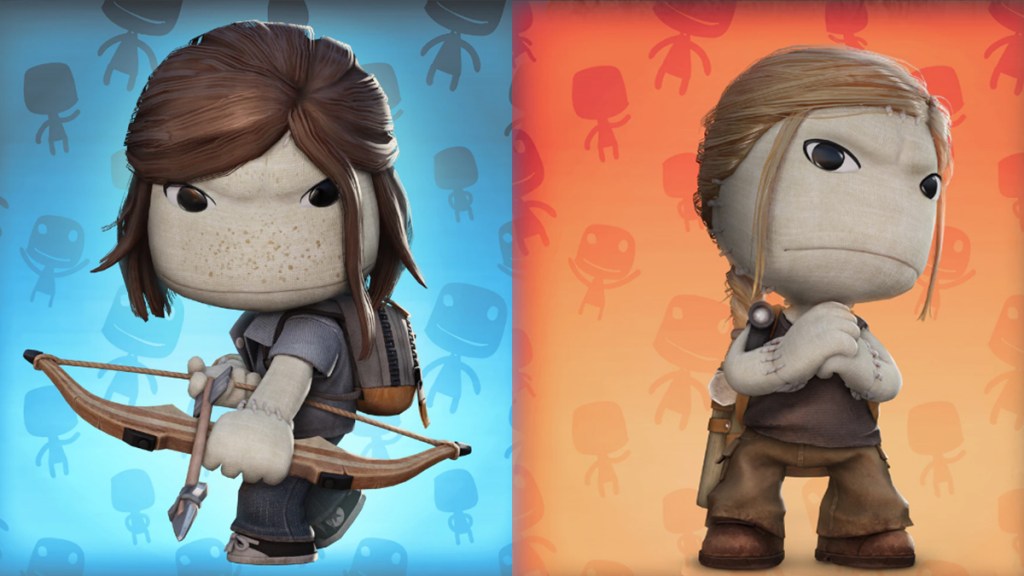 Every LittleBigPlanet game is jam-packed with custom content, and although Sackboy: A Big Adventure doesn’t have fan-made levels like its predecessors, it does have a host of costumes you can use to customize Sackboy’s look. The latest addition to the wardrobe is from another fan-favorite franchise: The Last of Us Part 2’s Ellie and Abby are available now on the PlayStation Store.

As seen in the announcement tweet, each costume brings new emotes to the adventure. Ellie can take a break and whip out her acoustic guitar, plucking the strings in between platforming segments. Abbie is a trained soldier, so her emote triggers a set of athletic press-ups. Both costumes are totally free to download, and in case you need to learn how to use emotes in the game, we’ve got you covered.

This isn’t the first pair of PlayStation mascots to meet Sackboy in his big adventure. The titular Ratchet and Clank are also both available for free. Sackboy: A Big Adventure itself launched as a cross-gen game on PS4 and PS5, so you can play it on either of the two most recent PlayStation consoles.

As for Ellie and Abby’s game, The Last of Us Part 2 has been in the news recently too — there’s a sweet 60 FPS mode available now if you’re playing on PS5. We also got our first official photo from the upcoming HBO series, giving us a glimpse of Joel and Ellie.