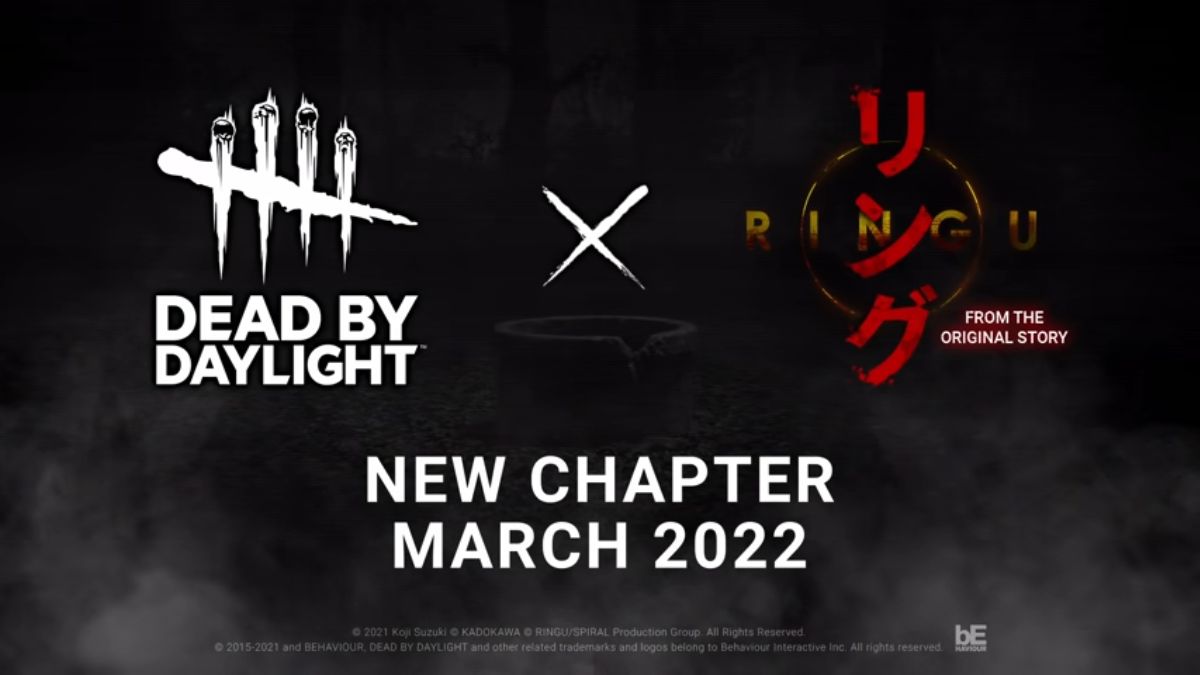 Behaviour Interactive released a new trailer that reveals the next major crossover for Dead by Daylight, Ringu aka The Ring. The announcement trailer shows the POV of a survivor from the game coming across the iconic well from The Ring movies. The trailer is also filled with a lot of static, similar to the videotapes from films.

The trailer also specified that it’s Ringu “[f]rom the original story,” suggesting that the crossover borrows more from the original Japanese Ringu than the American remake. The Dead by Daylight and Ringu/The Ring crossover chapter is expected to release sometime in March.

Ringu, the Japanese pronunciation for Ring, is a 1998 Japanese horror film based on a novel of the same name. The film centers around a mysterious videotape that will end the life of whoever watches it seven days later. From the videotapes, a ghostly girl with a white dress and long black hair will crawl out of the screen.

The girl is known as Sadako Yamamura in the original Japanese film/novel. She is called Samara in the American film. Samara will likely be the next new killer for Dead by Daylight, though the announcement trailer doesn’t reveal it. She certainly has the pedigree to join the game with other iconic horror villains like Freddy, Michael, and Leatherface.