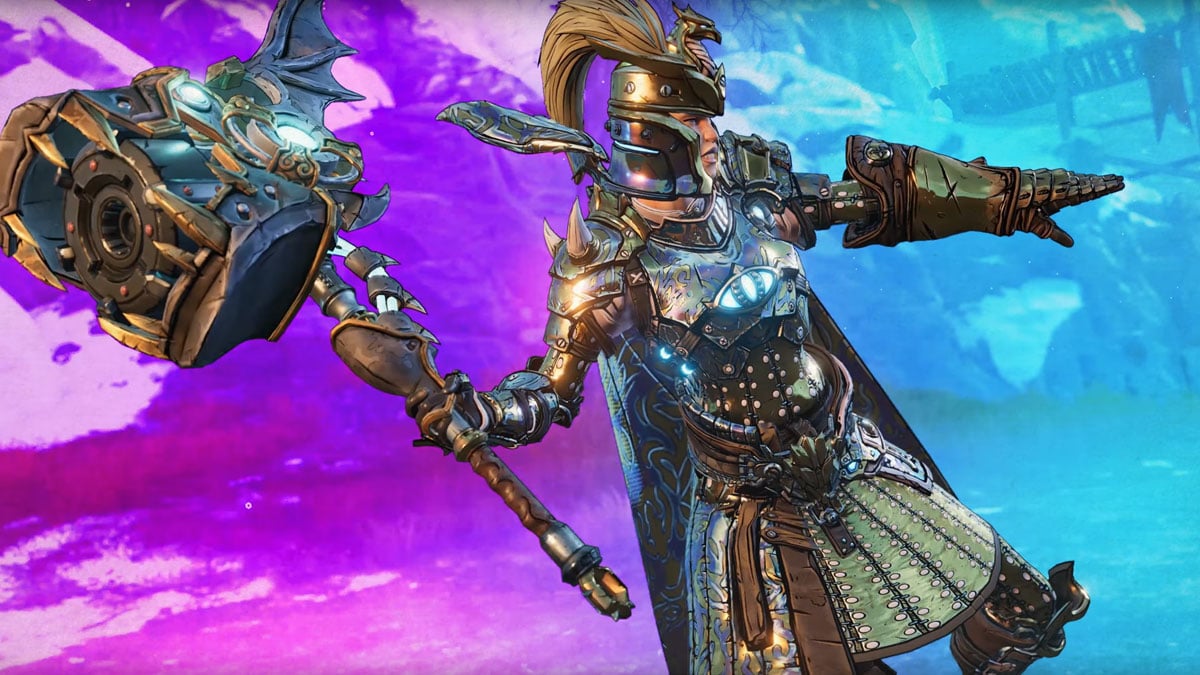 Like the Borderlands games before it, Tina Tina’s Wonderlands features multiple classes to choose from. We learned all about the Stabbomancer and Brr-zerker a few months ago, and now a new duo of classes is getting the spotlight. Meet the Clawbringer and Spellshot.

As detailed in the latest Welcome to the Wonderlands video, the Clawbringer is something of a tabletop ranger equivalent. This class wields a massive hammer and is accompanied by a little dragon sidekick. Its Cleansing Flames move smashes into the ground with explosive sparks, good for clearing clusters of bad guys. Clawbringers can also throw their hammers like Thor, striking enemies from afar — and yes, it does come flying back.

The Spellshot, meanwhile, “pairs the mystic arts of wizardry with the regular art of bullets.” The trailer shows her slinging fire, ice, and more chaotic-looking spells, all while wielding the series’ signature guns. The Spellshot’s signature hex is Polymorph, which turns an enemy into a harmless skeep.

Like the first class showcase video, this is “just a peek” at the game, and there’s time for plenty more to be revealed before the release date. Tiny Tina’s Wonderlands launches on March 25, 2022, and it’ll be available on PlayStation 5, PlayStation 4, Xbox Series X/S, Xbox One, and PC. If you want to dive into the tabletop world early, you can grab Borderlands 2’s Assault on Dragon Keep DLC expansion, which is now a standalone prequel to Tiny Tina’s Wonderlands.