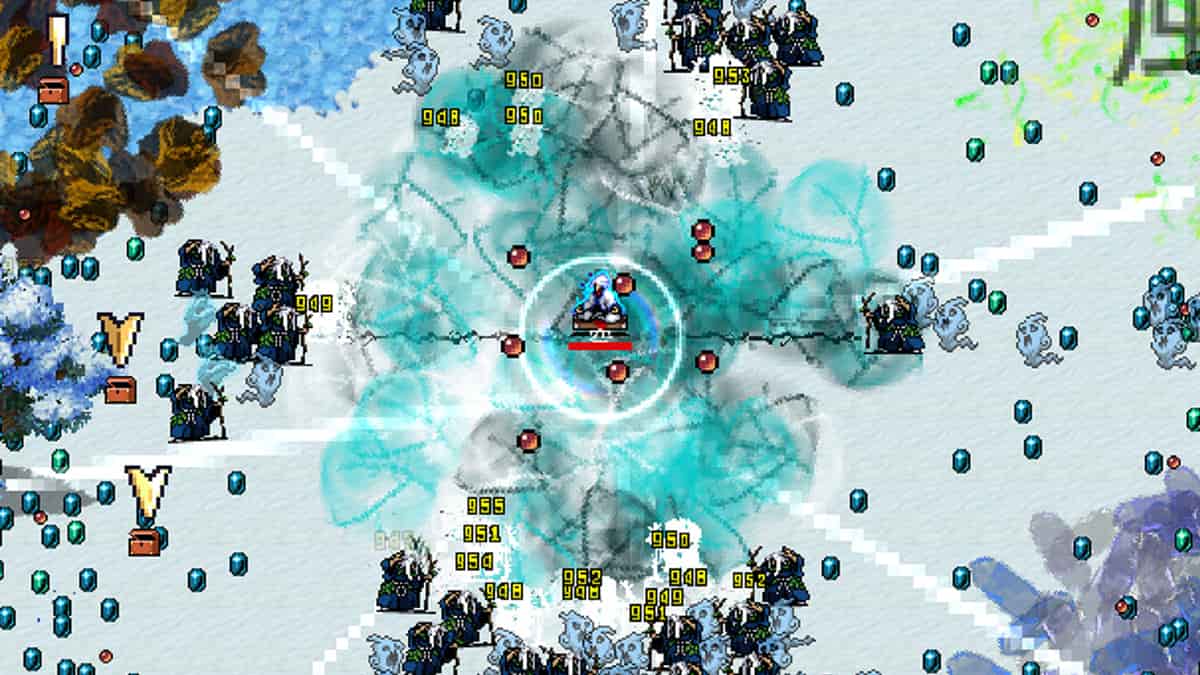 Just over a month since the 1.0 release of Vampire Survivors, it seems that fans of the gothic rogue-lite will have a lot more to dive into as a brand-new DLC will be coming out soon, according to the recently released Steam page. Titled Vampire Survivors: Legacy of the Moonspell, the store page says that this is “the first DLC for the Vampire Survivors” meaning that there’ll be more content down the road.

In Legacy of the Moonspell, you can play on the brand new stage called Mt.Moonspell, an environment covered in snow and yokai. It’s said that this is the biggest stage to date, so expect many secrets to be hidden across the stage.

Mt.Moonspell isn’t the only piece of content being added. There are also eight new characters to unlock with four of them being revealed on the page: Miang Moonspell, Menya Moonspell, Syuuto Moonspell, and Babi-Onna. Alongside those additional characters are 13 new weapons which include: the Silver Wind, the Four Seasons, the Summon Night, and the Mirage Robe. The store page also reveals three additional weapons, which include a red katana, three blue orbs that look like bubbles, and a brown bracelet.

Developer poncle has teased the upcoming content on their official Twitter for the past day. However, there hasn’t been a statement from them officially announcing Legacy of Moonspell or them linking to the DLC’s store page, meaning that the page going out now was done by accident. Typically, it’s the developer or publisher that has to press a button to publish the store page before it goes live. So, it could have been a mistake on the team’s part.

At the time of writing, the is no release date for Vampire Survivors: Legacy of the Moonspell.