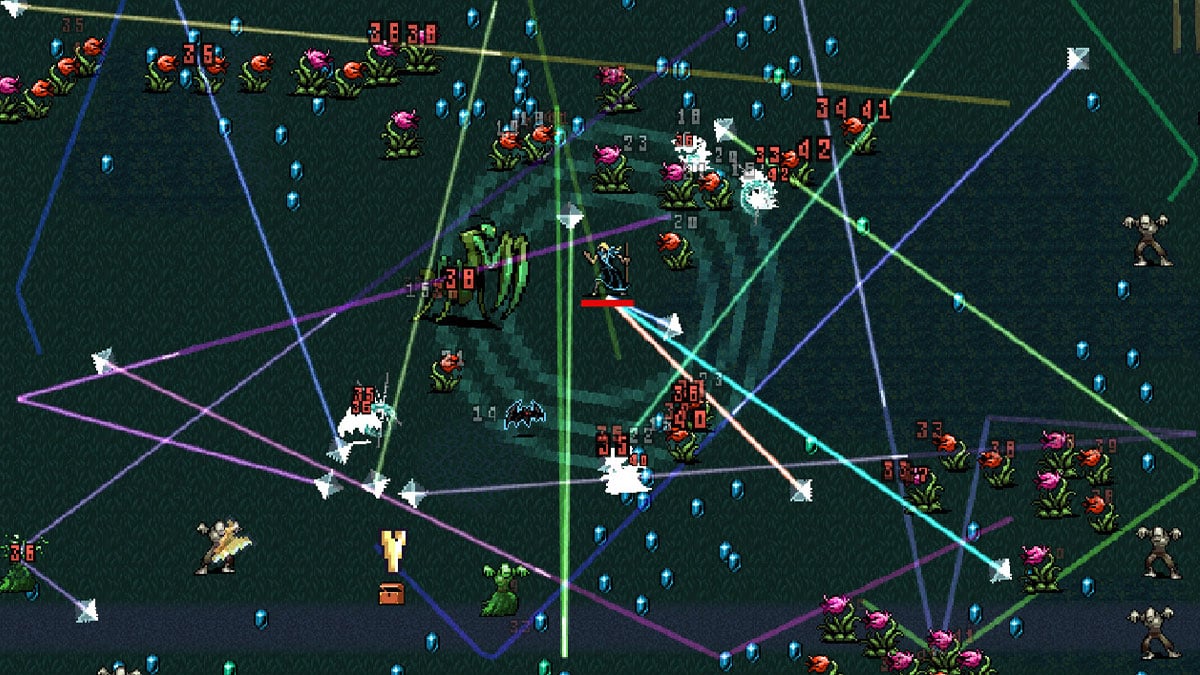 After spending a decent amount of time in early access, surprise indie sensation Vampire Survivors finally got a full 1.0 release in October. Next up for the game is a 1.01 patch, dubbed the “Tiny Update.” Developer Poncle really ought to take a break after this.

As we learned on Twitter, the Tiny Update arrives on November 24, just one day after the announcement itself. There are four major additions in this “tiny” patch: a pair of new achievements, a power-up, a challenge stage, and a secret. The new stage is called, appropriately enough, Tiny Bridge, and sticks players right in the middle of a bridge that’s being rushed by enemies on both sides. It’s quite narrow, as you can see in the attached teaser. Also shown is the Seal, a new power-up that banishes selected items from your level-up choices. As for that “secret,” Vampire Survivors is getting another new character, Scorej-Oni, though we won’t spoil their special ability here.

Scorej-Oni brings the list of Vampire Survivors characters to more than 40. A good portion of them are shown in the update teaser trailer, including Peppino the tree. In addition to the four key components of the Tiny Update mentioned above, there are also a handful of behind-the-scenes improvements like faster loading times packed into the patch.

As it stands, Vampire Survivors is already one of the best games to play on the Steam Deck. In addition to being available on PC via Steam, it’s also playable on Xbox Series X/S and Xbox One. Even better, it’s part of the Game Pass library on those consoles as well.

For anyone looking to jump into Vampire Survivors for the first time, we’ve got a helpful list of the best builds to set you up for success. If you still need more help after that, we have a list of all the Vampire Survivors cheat codes too. There are also lots of great mods for the game for those who are looking to sprinkle in some custom content.