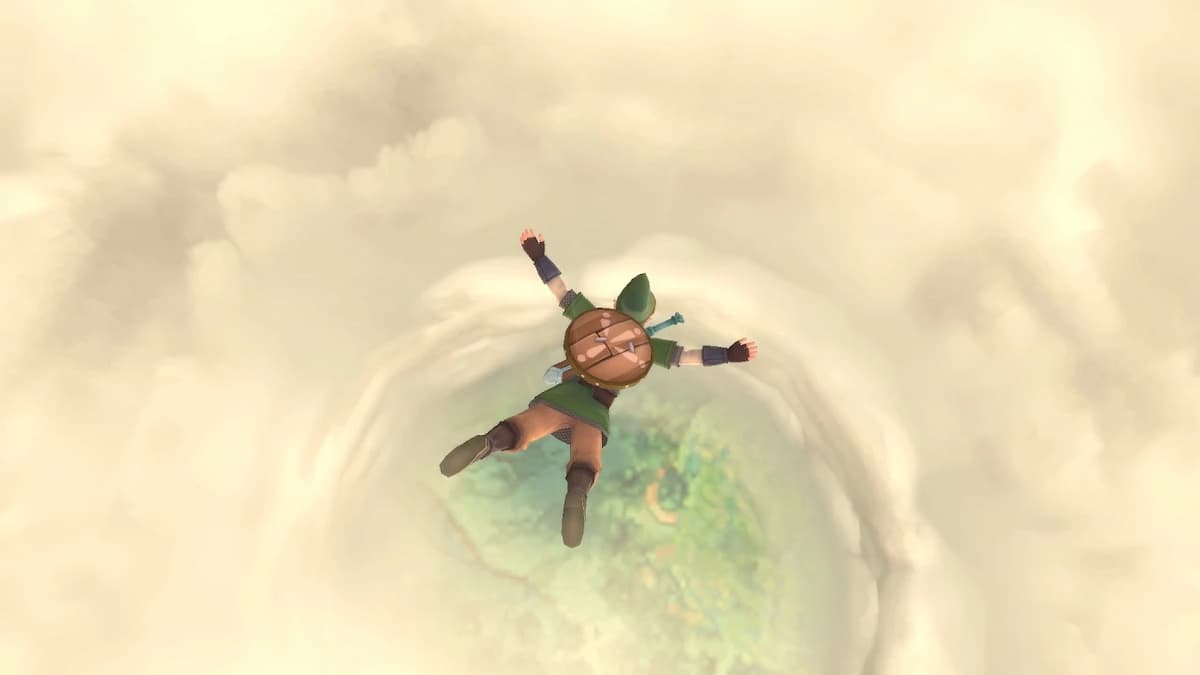 The Legend of Zelda: Skyward Sword is the most divisive of the 3D Zelda games. Hell, it might be the most divisive in the entire series, depending on if you’re a fan of Zelda II or not. Now that Skyward Sword is making its way to the Switch in the form of Skyward Sword HD, Nintendo has an opportunity to fix many aspects of the game the do not stand the test of time. However, while there might be plenty of quality-of-life improvements, there is no way to actually “fix” the game without some significant reworks since its core troublesome issues are so ingrained in its design.

It is amazing how different Breath of the Wild is compared to its predecessor. One tells the player to do whatever they want without any restrictions. Want to climb trees? Sure thing. Explore snowy mountaintops for hidden shrines? You bet. Cut a tree down, continuously hit it with the new stasis ability, jump on the tree, and soar all the way into the final boss area to take on Ganon? Absolutely. The other, not so much.

Skywards Sword takes the exact opposite approach. The player is constantly interrupted throughout the entire experience to be told something they already know or exactly where to go to proceed. Playing this game is like stepping back in time with Nintendo’s game design philosophies, and it shows how the team hadn’t evolved much since the structure was put in place in Ocarina of Time 13 years before. On top of that, motion-controlled technology was not at the point it is now. That is a big issue when the entire game is built around that mechanic.

Many of these issues can be improved or removed from the Switch remaster. Nintendo can tone down the character Fi, one of the most annoying characters in all of video game history, by having her not interrupt your game with frivolous information. Whenever Link collects an item for the 1,000th freaking time, we don’t need to have him hold it up in the air and pause the game like we haven’t seen a rupee before. Flying on Link’s Loftwing can be much faster, similar to how Wind Waker HD included the faster cloth sail. Finally, Nintendo has already announced one major improvement: the inclusion of traditional controls with the right stick. Plus, the Joy-Cons offer much more precise motion controls than the Wii Remote.

There is a long list of changes and improvements that should be included in this remaster, but it would be insane for the aspects listed above to not be addressed. Even if they were, though, many of the core faults of the game can’t just be tweaked. It wasn’t bad motion controls or annoying cutscenes that made Skyward Sword the most criticized Zelda game. It was mechanics and design that are built into the structural integrity of it.

Skyward Sword has some of the most needless backtracking I have ever seen in a video game. There are plenty of times that Nintendo randomly throws in nonsensical objectives for no other reason than to pad out the game, or worse, to shoehorn in bad mechanics. I would understand if backtracking was built into the overall structure of the game. Super Metroid has a ton of backtracking, yet the game is built around isolation and exploration, so it weaves perfectly into the experience. I want to go explore areas to see if I missed anything because it is the point of the game. But since the flow of Skyward Sword is such a linear experience, backtracking isn’t exciting. It’s just annoying.

For example, one section tasks Link with blowing a propeller to activate a couple of windmills. One of those propellers broke off and just so happened to fall to the surface. Guess where it lands? No, not in a new area. It lands in an area that Link has already gone through, with nothing new to see or do. If the player knows exactly where the item is, it should only take a few minutes to retrieve. However, players might be searching for quite some time if they are unsure.

There are many other examples of similarly designed instances. Is there a reason for these quests to exist? Is it for the player to explore a new area? To gather new items that Link can effectively use?

I would like to say that these “missions” are nothing more than just padding. However, they are more than just that. They exist so that players can utilize the dreaded dowsing mechanic. When searching for a particular item, players will be able to point the Wii Remote at the screen and a purple ring will appear. As the ring gets closer to the item, its color will get more vibrant and a beeping sound will quicken.

The inclusion of this gameplay mechanic exponentially increased the annoyingness factor of Skyward Sword. Dowsing around previously explored areas for useless items that only exist to stop my progress and justify dowsing is insanely tedious. And I don’t find that it tickles my sense of adventure since Skyward Sword literally points you in the direction to go.

Just like Super Metroid, Breath of the Wild is built around exploration. You don’t play this game hoping to B-line to the end of the narrative. Hyrule is crafted in just a way to always pique the player’s curiosity. Link is supposed to get lost in the world. Finding shrines isn’t tedious, it’s built into the core gameplay loop.

Dowsing in Skyward Sword feels more like losing that one piece you need to put your furniture together. When you think you are about to finish up your task, boom, the one thing you need is gone. Nobody enjoys looking for that missing screw. Even when you find it, you aren’t filled with gratification, just rage and a sense of wasted time.

It’s unlikely Skyward Sword HD will strip those sections out. If Nintendo was to do that, many portions of the game would be skipped entirely, causing some imbalances in the game’s structure. Since Breath of the Wild has gone on to become the best-selling Zelda game ever, this remaster is going to attract a lot of first-time players. I do not think that many of those new Zelda fans will appreciate the tedious and handholding ways of Skyward Sword.

That said, even the most divisive Zelda title is still a good game. Skyward Sword has the best narrative out of the series, and it features some of the most memorable characters. Plus, the soundtrack will always be one of my favorites in all of gaming. Setting dowsing and backtracking aside, I am looking forward to jumping back into the game to experience the adventure again. Would it be nice if Nintendo did something to address all of the complaints we had 10 years ago? Yes. Is it happening with this HD remaster? I highly doubt it.