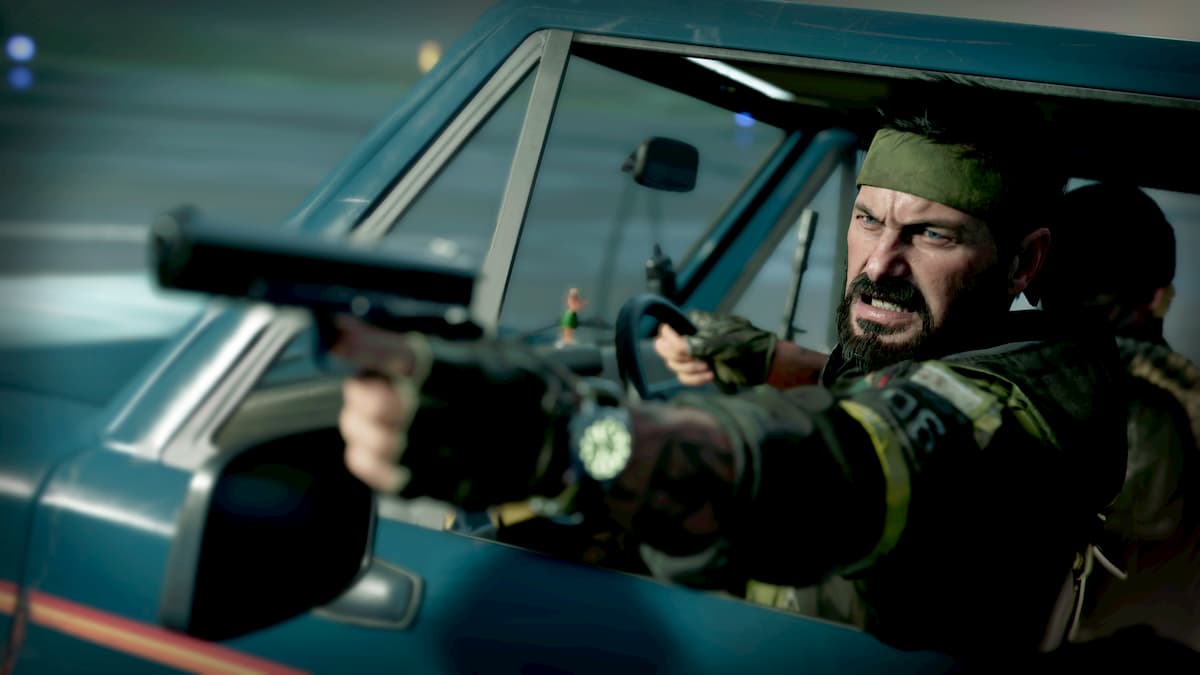 Out of all of the criticisms one can levy on the Call of Duty series, a more recent comment has been that each game is just too overstuffed. This certainly applies to Call of Duty: Black Ops Cold War, the latest from co-developers Treyarch and Raven Software, but what makes this particular title fascinating is how discordant so many of its elements are. Between campaign, multiplayer, and Zombies, there are several parts of the game that seem in conflict with each other.

As ineloquent as this may sound, Black Ops Cold War is a weird game. It plays like a tug of war between the advancement attempts that Infinity Ward put forward in last year’s Modern Warfare and Treyarch’s own mechanical contributions to the series over the years. What results is a product that tries to have its cake and eat it too, except that Black Ops Cold War seems to want to eat multiple, different cakes.

It’s a strange entry in the series that lacks polish and quality. Still, I have to admit that I am having a lot of fun with it, in the way I would with a flaws-and-all action flick.

The “Black Ops” portion of the game’s name seems almost a misnomer, and I’m barely constraining myself to call the marketing of this as the “direct sequel” of the 2010 Black Ops title as false advertising. Yes, this game takes place in the same Treyarch timeline, and familiar faces such as Mason, Woods, and Hudson appear. But this Cold War story pushes them aside for your silent protagonist Bell, their Robert Redford-esque handler Russell Adler, and allies including Lazar and Sims. The 1980s-set single-player campaign has your team on the hunt for Perseus, a Soviet agent who plans to detonate American nukes in various European cities.

Seeing how talkative Black Ops player characters have been in the past, it was out of character to have Bell take the role of a silent protagonist, despite having dialogue options throughout the story. It harkens back to the time when FPS games would want to put the player in the protagonist’s shoes and leave them up to their imaginations, but the fact that Bell is so essential to the plot seems to upend this idea.

And to make matters worse, all of these new characters are non-entities without any memorable character traits. The only time any levity manifests is whenever the gruff and unfiltered Frank Woods opens his mouth, but he and the other legacy characters feel more like fanservice easter eggs and might as well not be in this game at all.

It’s hard to pinpoint exactly what Black Ops Cold War is going for thematically. The tone, the annoyingly frequent flashes of imagery from real life, and the use of Ronald Reagan (who might as well be Generic U.S. President in this context) want to make you believe that the game is capturing a moment during a time of geopolitical uncertainty. But it’s all for show — the deepest the game gets with the time period are moments like playing Pat Benatar’s “Hit Me With Your Best Shot” during a firefight.

Adler goes on spiels about the darkness of their work and how they do the dirty jobs to keep everyone safe and so no one else has to do them, echoing the troublesome themes of 2019’s Modern Warfare. Even so, Black Ops Cold War lacks any teeth — I braced myself for some potentially problematic “gray area” moments, but the campaign doesn’t take any thematic and storytelling risks. There isn’t even that much violence, which is a peculiar thing to criticize, seeing how many military shooters are exploitative and gratuitous. The shortage of blood and guts, save for some thrown-in and forgettable execution animations, deemphasizes the so-called “dirtiness” of their jobs, however.

It doesn’t help that the Cold War campaign feels quite derivative of other titles. There are story beats here that are blatantly similar to significant developments and plot twists seen in BioShock, Mass Effect, and Metal Gear Solid V. Seeing how we have less time with these Cold War characters, though, all of these moments are unearned. These characters are simply too undercooked.

And Cold War even tries to replicate some of the same trippy glory seen in the first Black Ops game, with mind-numbing scenarios that Bell goes through resembling Mason’s classic arc. Even with cool graphical and storytelling tricks, Bell’s own identity crisis doesn’t nearly have the same punch.

The saving grace here is that the campaign is actually quite fun to play. Most of the story missions are the traditional shooting galleries expected from the series, but there was enough gameplay variety to surprise me. One mission has the player in the shoes of a KGB mole, and the level was presented like an open-ended Hitman sequence. And the side missions involved some code-breaking and deductions; it was actually pretty exciting having to write down clues and puzzles with pen and paper to solve in-game problems.

What falls short, though, are the “choices” made in the game — there are far fewer permutations and possibilities through decisions you make, especially compared to the boldness and wackiness of the unpredictable Black Ops II campaign in 2012. There are indeed multiple endings in Cold War, but the campaign story reached its peak too early and went off like silent flatulence.

Like the character of Bell, the multiplayer of Black Ops Cold War seems to be undergoing an identity crisis. The presentation, down to the UI and general structure of the gameplay systems, is very much like 2019’s Modern Warfare. But while Infinity Ward’s latest was more of a military shooter, Treyarch has crafted something a lot more chaotic and arcade-like with Cold War. It’s an unusual pick-and-choose approach — Treyarch has abandoned some of their multiplayer stables, such as the excellent Pick 10 Create a Class system and the controversial Hero-like Specialists. At the same time, it’s ignored some Infinity Ward’s core additions, such as the tactical sprint, opening doors, and mounting guns.

It’s an uneasy approach that mostly feels back-to-basics, but the overall vision for where Treyarch wants to take Call of Duty forward is confusing. Many of the changes they did decide to enact just aren’t sticking, however.

For one, the new Scorestreak system might sound like an okay idea on paper, until you realize the implications of it. Going against Call of Duty tradition, Scorestreaks carry over after death, so should any player perform decently throughout a match, they are guaranteed to receive all of their Scorestreak rewards eventually.

This leads to a couple of problems — for one, it takes far too long to earn these Scorestreaks. And more importantly, it leads to the back half of matches becoming too crowded with airstrikes and helicopters. Additionally, even though the entire concept of Scorestreaks is to encourage objective plays and assists alongside kills, the score system still skews too much toward kills.

This is when the game works as intended, that is — Black Ops Cold War is hilariously buggy at launch. From hits not registering to connection issues to weapon imbalance, down to my challenges and calling cards constantly being reset, even a week after launch, the laundry list is comically long.

Against all of that, however, is the joy I’m receiving from all of it. I’ve been cackling over several moments in which plans do not go as expected, from outlandish behavior from teammates and opponents, and especially from cheesing it and reveling in this imperfect playground. While there are probably more quality multiplayer options to choose from in 2020, Black Ops Cold War, even with and possibly because of all of its flaws, reminds me the most of the Call of Duty fun I had over a decade ago.

Night of the Living Puzzles

Admittedly, Zombies has always been the pillar of each Treyarch game that I’ve been least interested in, but Treyarch seemed to remedy some of my gripes with a few wise decisions. I’ve always been turned off by how convoluted and nonsensical the Zombies lore has been, going all the way back to 2008’s World at War, but this entry is a soft reboot of that story arc. And with multiplayer, Zombies, and eventually Warzone progression all syncing up, Zombies is much more enticing.

Perhaps it’s because Zombies has always been a pure Treyarch experience, far removed from what other Call of Duty studios are doing. Treyarch has a firm grip on how to craft these game modes, and the attempts at Zombies from Infinity Ward and Sledgehammer have never registered with me.

There isn’t much to say for people who have played Treyarch Zombies before — it’s a wave-based mode where you earn points to buy weapons, unlock and expand the map, and play around with the quirky mechanics of the environment. There’s always a sense of mystery and crypticness in these Zombies modes, and trying to figure out what makes everything tick with friends has felt rewarding.

We’ve also been able to create some exciting moments, particularly whenever we try to exfil in the middle of a match, which is a new feature for this game specifically. It’s refreshing to play one of these that, while it does have that esoteric quality to it, I find myself more intrigued than alienated.

What didn’t really resonate with me was the return of Dead Ops Arcade, the third iteration of the top-down shooter that appeared in the first and third Black Ops games. Having a game within a game within a game is a bit amusing, but it plays and looks exactly how I remember it being ten years ago. Unlike proper Zombies, I don’t find myself compelled enough to continue on. It served as an easter egg better than its own game mode.

Call of Duty: Black Ops Cold War is a difficult game to rate because there’s arguably too much game in it. It often feels at odds with ideas from games past, and it sometimes feels at odds even with itself. If that wasn’t already too difficult to assess, the lack of polish and inherent flaws of the game as a whole are close to contradicting the pure joy I’ve had playing it. It might not be great, but it has certainly been fun.

It does call into question the workflows and business practices with Activision behind this franchise. I couldn’t let go of the knowledge that Treyarch had two years to make this game instead of the usual three, due to reported conflicts between original developer Sledgehammer and their partners at Raven. I certainly wouldn’t have minded an extra year of Modern Warfare and Warzone, but the show must go on, for whatever reason (i.e. stockholders and next-gen console launches).

I suppose it depends on what you want from Call of Duty. Whereas last year’s Modern Warfare felt like a gritty attempt to make a prestige war story, even with all of my problems with it, Black Ops Cold War is the video game equivalent of a cheesy Gerard Butler shoot-em-up. Pick your poison. 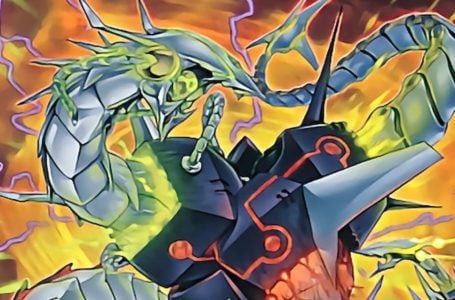 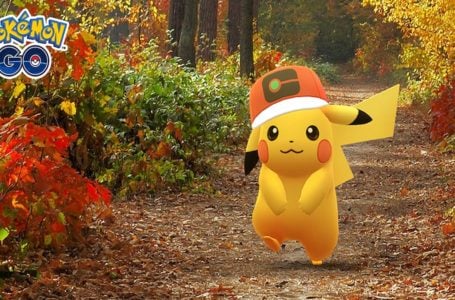