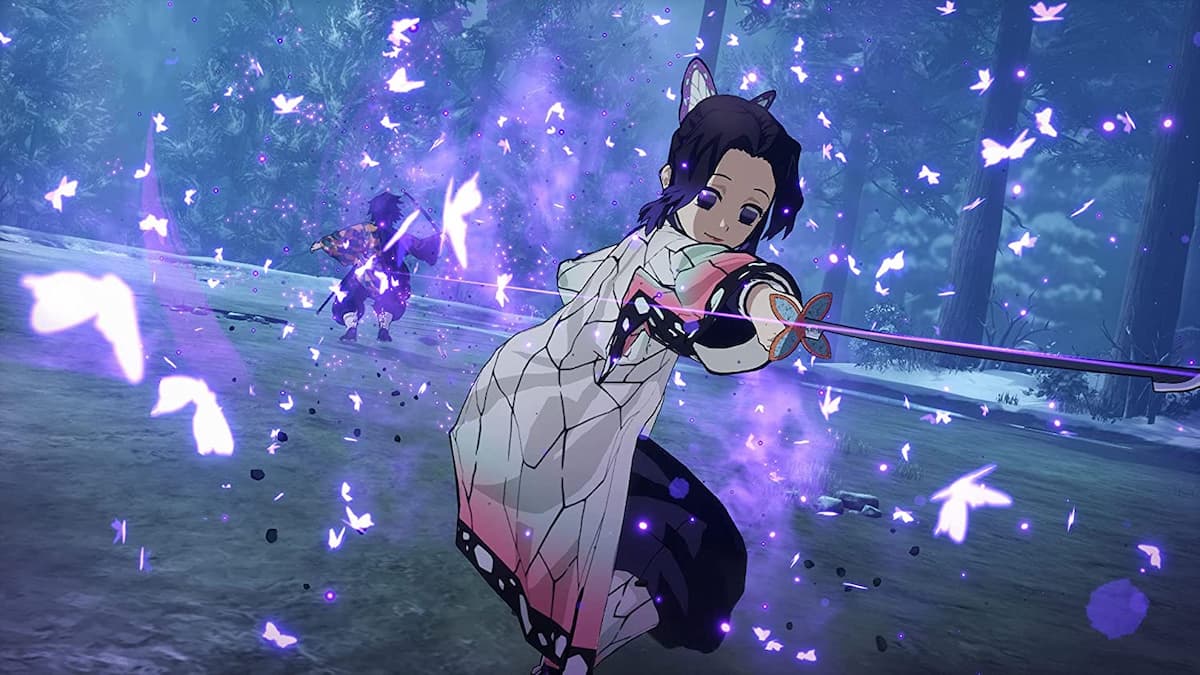 Anime fans have learned to brace themselves when it comes to video game adaptations of their favorite series. While plenty of anime games are fun to play, very few would qualify as “great games” to people outside the series fandom. Thanks to its insanely fun fights, Demon Slayer: Kimetsu no Yaiba – The Hinokami Chronicles might actually be a contender for a “great game.”

The stakes were particularly high for a series like Demon Slayer, which received a meteoric rise in popularity after the anime began airing in 2019. By 2020, the franchise’s manga and box office sales were breaking records in Japan. By 2021, it was breaking them abroad, too. Anime games are clearly for fans of their original series. But with Demon Slayer, developer CyberConnect2 knew that the franchise had enough mainstream buzz for the game to offer a genuine opportunity to attract a wider audience.

Also, if they didn’t do the series justice, angry Demon Slayer fans might have come at them with a Nichirin sword. But much to my surprise, they did do it justice.

Demon Slayer: Kimetsu no Yaiba – The Hinokami Chronicles has two huge strengths: excellent animation and engaging battle mechanics. To eschew any authoritative review voice for a moment: these battles are fun as hell. Even after getting my ass kicked in a series of Online Matches, I still had a ball.

The battles in The Hinokami Chronicles shine because there’s a surprising amount of depth to them. The 3D arena allows for plenty of strategic withdrawals and quick-paced decision-making. You and your opponent can dance around each other, tease each other, and duck out of the way. There are plenty of possibilities.

Story Mode does a great job of teaching you the basics. But the more you play, the more you realize there’s much to learn, especially once you begin playing online or challenging Hard-level monsters in extraneous Story Mode battles. In Story Mode, The Hinokami Chronicles grades your performance, and I found myself craving that S rank.

There’s a balance for everything: guards can be countered with throws, Ultimate Arts can be countered with guards. There’s no easy out. The various attacks and combos are a blast to deduce and unleash, and every blow in a fight feels very tactile. Don’t you be surprised if the satisfaction of landing a badass combo makes you audibly scream. I’ve sure done it.

Furthermore, CyberConnect2 did a great job giving each fighter a distinct personality and move set. Games like this tend to flourish when the people making it are fans themselves, and that was clearly the case with The Hinokami Chronicles. The developers paid loving attention to detail. It’s a delight to watch Inosuke spin on his head when he’s well into a quick attack combo or Zenitsu quake in fear when you pick him in character select.

If there’s a weakness, it’s the relatively small character roster. While the Academy versions of characters are hilarious, they’re somewhat redundant. And why Murata’s in there instead of Tsuyuri Kamao is anyone’s guess. Mainly, the roster is presently missing a huge sub-section of characters: villains. Fortunately, Akaza and Rui have been announced as the first fighters to be added post-launch. Hopefully more will follow. (C’mon, Susamaru! I want to throw those temari!)

There are also not many women to choose from, but that’s unfortunately something that I and other women who game have gotten used to. And, honestly, it’s not CyberConnect 2’s fault.

Outside of its fights, The Hinokami Chronicles’ Story Mode leaves much to be desired. The anxiety and tension of the characters as they navigate their missions doesn’t translate to the player. And I’m pretty sure that’s because CyberConnect2 has given the players a handy map at the top of the screen, which shows the location of absolutely everything — quests, goodies, main events, everything.

This easy-access map sucks the suspense right out of the non-combat portions of the game, making them feel low stakes and flat. It even nullifies the necessity of following a scent when playing as Tanjiro, which would otherwise be a clever mechanic. The map doesn’t really make narrative sense either, especially in arcs like Tsuzumi mansion. The rooms in this house are changing all the time, so how the hell is there a map of the layout?!

Story Mode is also full of very long cut scenes, which retell the key points of Demon Slayer, and then some. Fortunately, the game’s graphics are impressive. The anime is widely lauded for its gorgeous animation style, yet it’s not uncommon for The Hinokami Chronicles to nail a sequence. Taken out of context, certain game stills could be mistaken for the anime, and that’s an undeniable feat. Thanks to the presence of the original voice cast, these cutscenes nail the series’ tone as well.

However, the length and proliferation of the cutscenes mean that The Hinokami Chronicles is a viable entry point into Demon Slayer for a complete newcomer. I would still advise you to watch the anime or read the manga to get a fuller picture, but each to their own.

I came into Demon Slayer: Kimetsu no Yaiba – The Hinokami Chronicles with muted expectations. As a One Piece mega-fan, I’ve played my share of mediocre anime games. I’ve had fun playing them, but that’s primarily because I’m a fan of the franchise.

The Hinokami Chronicles feels different. The battles alone make this game stand on its own two feet. And even though Story Mode leaves some things to be desired — namely, nail-biting intensity — it’s a retelling of the story which does Demon Slayer justice.