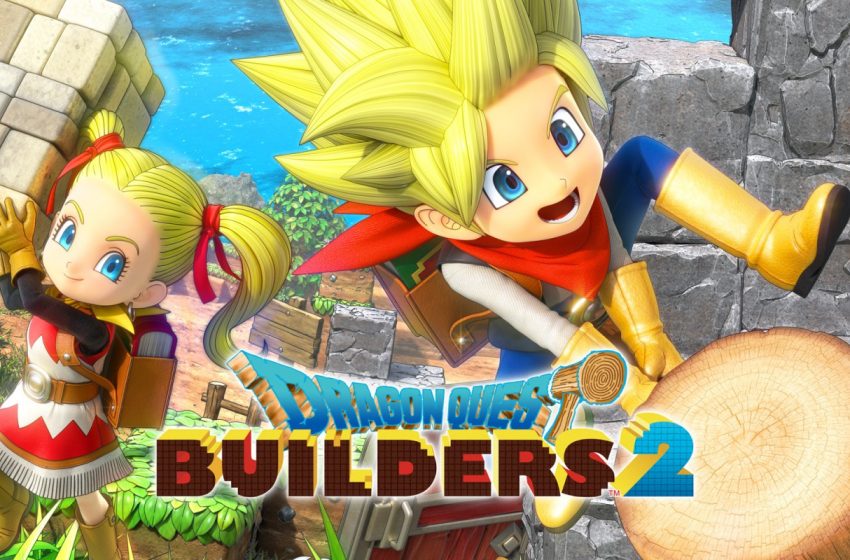 Dragon Quest Builders fans in the west have had to wait a long time to get their hands on the sequel after the game’s initial release in Japan in December 2018.

For those unfamiliar with the series, the Minecraft-like spin-off of the Dragon Quest games offers players an action role-playing sandbox experience from the minds of Square Enix that allows players to find materials across the world and construct buildings, equipment, and other unique items that not only looks nice but have practical uses.

You are tasked with protecting a base from monsters all while completing tasks for NPC villagers, such as creating unique stores or foraging for items all while your character levels up, grows, and unlocks new things.

But the sequel is more than that as Square Enix has added a bunch of new features to the game that the original lacked, such as the ability to play with friends in both online and offline multiplayer, an optional first-person perspective, underwater building and exploring, and the ability to glide, among other features we will dive into later.

In short, it already comes off as the definitive title in the spin-off series. But is it worth picking up? Well, that is what we are here to answer.

In this Short Review, we cut out all the filler, spoilers, and other unnecessary stuff and get right to the good, the bad, and the Important information that you want to know in a simple, concise, and easy to read format. With that in mind, here is our Short review of Dragon Quest Builders 2.

Dragon Quest Builders 2 takes place sometime after the events of the first game. Its story revolves around a group of monsters known as the Children of Hargon whose goal is to seek revenge against the humans for the defeat of the first game’s boss.

You are an apprentice builder who, due to some unforeseen circumstances, have been captured on a boat by monsters. Those same creatures have also somehow, for unexplained reasons, taken over the world and outlawed building of any kind. It is up to you, the lone builder left in the world, to bring hope back to the people of the land by improving your building prowess, training more builders, and defeating the Children of Hargon one after another.

We will spare you from some critical aspects of the story (as spoilers) but know that, like the previous games, you will need to go and build around the main base area in a series of missions to level up, unlock new buildable items and blueprints. Also, each chapter in the game will take you around 6-8 hours each, with a total casual playtime of over 40 hours.

The game also gives you space to use everything you have discovered and learned to build your island, known as the Island of Awakening, where you can do whatever you want with.

You won’t have to fend for yourself, however, as of right from the get-go you are giving a partner who levels up and fights alongside you. He is arguably your best asset as he is a powerhouse, so be sure to provide him with some proper equipment and work together to fulfill all your building needs.

Some other essential features in the game also includes a mission system on certain areas that allows you to unlock unlimited raw materials like Wood from the get-go. A new bag feature that allows you to carry around everything you want without the need to store it in a chest and take stuff out slowly when you need it.

You can also finally raise pets, chickens, and livestock— so go out there and find your fluffy companion.

It takes what was right about the first game and makes the process simpler and more fun. Every blueprint you ever make will be stored inside a book for you to pull out whenever you want and after you complete a portion of the game, the villagers you recruit will also help you to build megastructures so long as you put the resources in a nearby chest.

We also touched on it earlier, but the inclusion of a Glider that lets you soar across the map with ease, underwater building and exploring which was painfully absent from the previous title, and multiple different warp points to traverse the many portions of the map, are all great additions that help flesh out the experience.

The game also adds new secret puzzles that can be found in each area, with each one giving you a medal. The more medals you collect, the more rewards you unlock and some of them are pretty good to have, such as the infamous Metal Slime items.

There are also optional missions, that we touched on earlier, that gives you the chance to unlock unlimited resources but there are also missions that, once done, provide you with access to unique blocks, structures, and more, so there is plenty of things to go once you do eventually finish the extended story portion of the game.

But what about the story? Well, it is more fleshed out, funny, and charming. Each character also doesn’t feel like an NPC as they have been given their personalities, backstories, and character arcs just like a real Dragon Quest title. It makes you feel more connected to the world than ever before.

Just like with the previous game of the series, however, Dragon Quest Builders 2 suffers from awkward block placements. Placing blocks is finicky and can take several attempts to get a block exactly where you want it to go.

This placement can also lead you to waste resources that were meant to be used somewhere else. Place a bomb or Worm Food in the wrong place? Too bad, it’s going to be used straight away, so you will need to make a new one and hope this time you place it down correctly.

There is a new item, however, in the form of a glove that will let you pick up blocks and reposition them elsewhere without the need to destroy them like in the previous game— so that is a plus.

Another issue stems from most of the game’s new features that we touched on before, such as an island to build on freely and multiplayer, take a while to unlock. You have to finish the first chapter of the game before both these options unlock, which means it could take you up to eight hours+ before you finally get to play with friends.

Each new chapter you enter in the main story forces you to abandon any of the resources you have gathered up until that point as well for reasons. It isn’t explained really, but get used to the idea of farming wood, stone, and more resources over and over again in each region time and time again.

Dragon Quest Builders 2 ticks all the right boxes and is a perfect combination of the PRG and building the formula. Sure, it has its hiccups and small annoyances that refrain it from being a complete experience, but it improves so much on the original that it’s hard not to enjoy it.

The pacing of the game is perfect, and with plenty of secrets to find and things to build, players will have plenty of things to do to tide themselves over either at home or if you own the Nintendo Switch version, on the go.

The only issues stem from the fact it takes a while to unlock more features that should have arguably been available from the beginning. The lack of a creative mode at the start is also painful for those who want to build and avoid the time-consuming story.

So should you pick up this game? It is arguably one of the biggest hidden gems to be released this year that should not be missed— prepare to be in for the long haul and let your perfectionist nature infect your playtime.