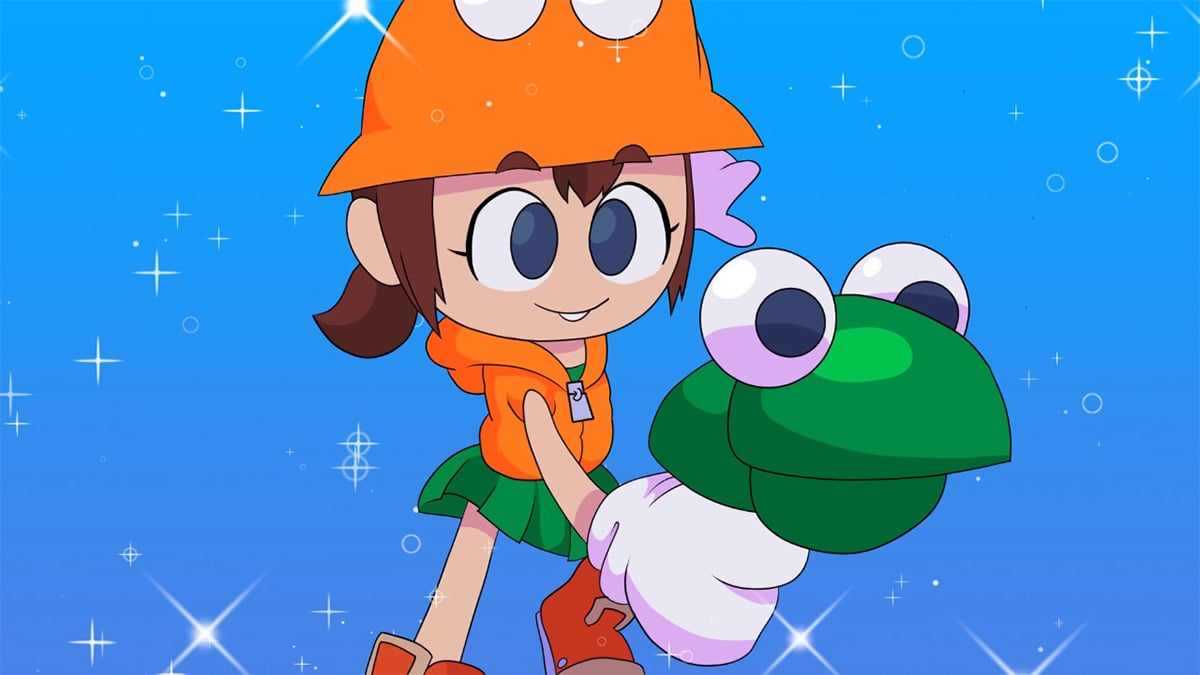 Frogun’s hero Renata is the daughter of a pair of explorers who disappeared on their most recent expedition. She grabs the Frogun, her parents’ eponymous invention, and sets out to find them. What follows is a 3D platforming adventure that sends Renata through a set of massive ruins, facing all manner of tricks, traps, bugs, and biomes on her rescue mission. Just as Renata finds hidden treasure on her expedition, so too did developer Molegato rediscover what made platforming games of the PlayStation 1 and Nintendo 64 era so special — and sometimes clunky.

The retro look (and feel)

The sharp polygonal look of 90s platforming games is clear from any single screenshot of Frogun, and there are ways to accentuate this before even taking your first step. The game offers visual filters like CRT scan lines and a bubbled arcade cabinet look that enhance the feeling of playing an old-school adventure. This says “retro” to your eyes, and upon starting the first level, the soundtrack sings “retro” to your ears. The music gives me big Crash Bandicoot vibes, with upbeat, pulsing tunes that make exploring feel more nostalgic. The first time a bat enemy showed up on a screen, it was in a cave level with a very Symphony of the Night-sounding song, which drove the retro feeling even further. To top it all off, the Frogun itself speaks to you in a Banjo Kazooie-inspired series of ribbits, turning what would otherwise be basic tutorial messages into something more cutesy and comical.

Renata controls in a way that feels very old school too. She walks and jumps across levels built from 3D tilesets in a very deliberate manner — you can’t move recklessly here. Renata doesn’t double jump or grab onto ledges, so it’s very easy to mess up. Hitting an enemy or trap means losing health, but falling off of a platform means instant death. That death penalty often feels unfair, and I missed a handful of jumps that I felt I would have made if not for the plopping motion of Renata’s jump.

Renata only has a few actual actions to take: moving, jumping, and aiming and firing the Frogun. Yet the game doesn’t feel limiting even with few inputs. If anything, it’s only made more impressive thanks to the variety of interactions those actions provide. The Frogun can latch onto any object, either pulling it toward you or pulling you toward it. This means picking up small pots and firing them at enemies or other targets, or yanking enemies toward you before blasting them back at their buddies.

As you explore the ruins, you’ll face a variety of these insectoid enemies, from flies to spiders to fiery slugs. Every few stages sees you facing a boss, each of which puts the game’s movement mechanics on full display. You’ll have to sidestep and jump over a variety of attack patterns that border on bullet hell in some instances. Each fight also requires you to use the Frogun to fight back in some way, be it by flinging an object at the boss or tricking them into bonking their head on the arena. The strategy isn’t always apparent at first, so figuring out the pattern and weakness of each boss gave me a strong sense of victory.

Most of the time, you’ll be using the Frogun to hook onto walls, pulling yourself across large gaps. There are many different ways that this grapple move gets used and reused over the course of the adventure, but it never feels stale. The variety here is fantastic. You’ll have to skirt every tropey trap in the explorer’s handbook: spikes, boulders, shifting walls, lava, and so much more. The tilesets evolve as you progress, introducing poison swamps, snowy mountains, and blistering volcanoes. There are also periodic races against a rival character named Jake, whose pet snake is a perfect foil to the Frogun. In the same way that a boss fight can push the game’s mechanics in new directions, races against Jake are true tests of how quickly you can move, jump, and grapple.

Within individual levels, you have a number of goals too. Each course has a pair of emeralds, a page of notes, and a large number of coins to collect. Reach the end without dying or within a certain time limit, and you’ll earn additional jewels. Every level also has a secret challenge zone, rewarding you with an obsidian skull upon clearing particularly nasty platforming sections. The time trials are very well implemented, and in one instance, I even managed to beat the time limit by nearly a full minute. As long as you play well, you’ll hit that challenge time — it feels very fair. What feels less fair now and again are those challenge zones. The occasionally clunky movement I mentioned before can be a real pain here, especially when falling means instant death. There is nothing forcing players to get these all collectibles at the end of the day, but that doesn’t make it any less frustrating when the Frogun totally misses a mid-air target you thought were correctly aligned with.

Frogun hearkens back to a bygone era of platformers, for better or worse — usually better. While the physics of Renata’s moves occasionally hampers the experience, there is more delight than frustration as you explore each level. Cutesy enemies and formidable traps make for obstacle courses that are both fun to look at and rewarding to overcome. The deeper you dig into these ruins, the more variety of experiences you’ll find, and the more you’ll be challenged to take down a big boss or outpace Jake in a race for treasure. If you choose to check every nook and cranny of these courses, you’ll be rewarded with all sorts of jewels and other trophies.

An audio, visual, and mechanical retro style gives the whole experience real personality, all centered on a friendly froggy grappling gun. Platformers of the early 3D era were far from perfect, but Frogun is a reminder of what made them memorable.