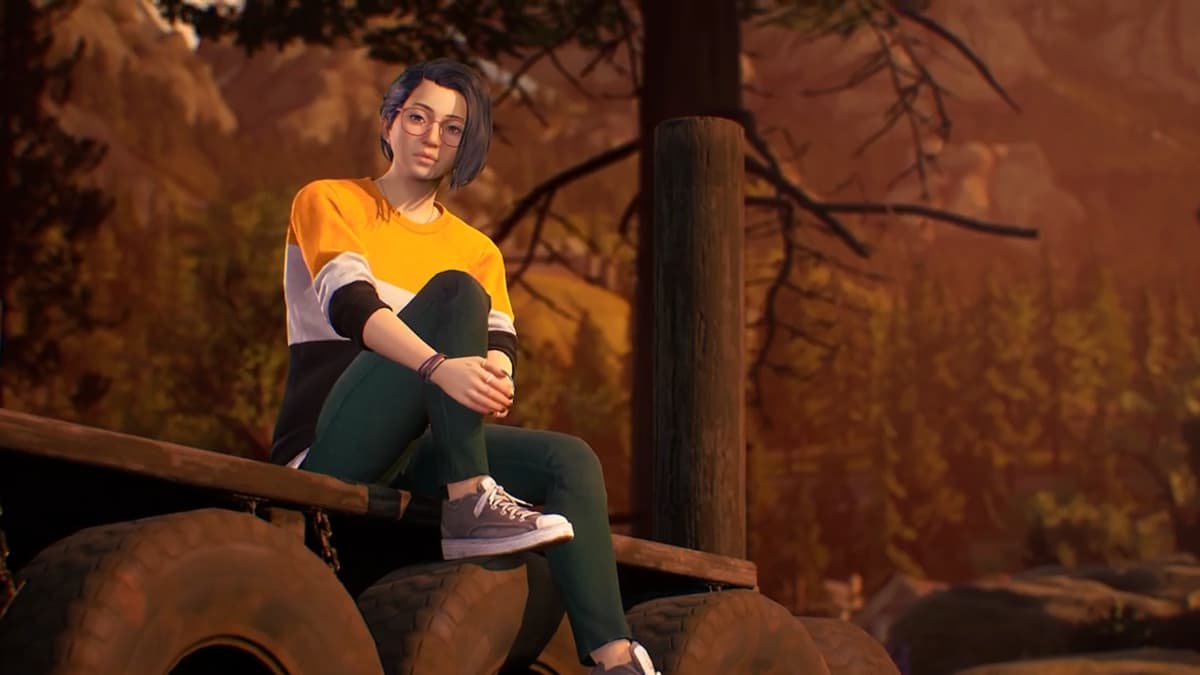 Ever since I played the first Life is Strange game, I always figured that it was about as good as the series could get, and for the most part, I felt I was right. Both Before the Storm and the second game have their merits, but they don’t reach the heights of the first game. Life is Strange: True Colors completely proves me wrong by focusing on emotional trauma and delivering the best game in the series.

Life is Strange: True Colors follows Alex Chen, a young woman who has hopped between foster homes and orphanages. We begin the game with her long-lost brother Gabe finding her and getting her to move to a small town in Colorado called Haven Springs. Shortly after arriving, Gabe is killed in a rockslide disguised as an accident by a mining company called Typhon. In the following days and weeks, Alex tries to find the truth about the situation around the blast.

The series is well known for giving their protagonist(s) a superpower, and this time around, we have an empathy power. Alex can see people’s emotional auras and feel their emotions if she gets too close to the person physically. By reading people’s auras, she can also read people’s thoughts about that emotion. It’s not as fun of a power as rewinding time, but it makes this game feel more emotionally connected than ever before.

The best cast in the series yet

While Life is Strange: True Colors focuses on Alex, the wider-ranging side stories with the townspeople help bring things to life. First off, you have Gabe, who not only is a big inspiration for Alex but is a beloved member of the community. His death in the game rocks everyone to the core and drives Alex’s actions in taking down Typhon. Even after death, he remains a core piece of this story and directly links you to others. Seeing any part of him represented throughout the game not only makes you smile but makes the pain of his loss cut deeper.

Additionally, Steph returns from Before the Storm and is as nerdy and awesome as ever. Other great characters include Ryan, Jed, Eleanor, Riley, and Charlotte. Usually in Life is Strange, you only care about a few people at most, but True Colors has a much more lovable cast. You feel and care for these people and want the best for them.

A game that makes you feel

While I enjoy emotional tales, I hardly ever cry while playing video games. Movies get me easily, but I can think of only a couple of games that made me tear up. However, there were multiple times through Life is Strange: True Colors that I actually started crying. Seeing everyone’s pain at Gabe’s wake was the big one for me, but if that part doesn’t land as hard with you there will be multiple other situations that you might sympathize with.

While the game focuses on emotions, it does arbitrarily choose times that Alex’s power affects her or not. For example, a big problem throughout the game is if she is too close to someone feeling an emotion too strongly, it will take her over. Early on, this causes her to attack someone or become terrified when someone else is angry or afraid. Out of nowhere, though, these things do not affect her at all. Not only can she withstand the emotions of others, but she can randomly take them from others in two situations. At first, it affects her, but the second time, it doesn’t with no explanation. The inconsistencies are odd but don’t detract from a strong story.

Pretty good pacing, but maybe one chapter too long

The thing I love the most about True Colors is that the full game is available from the start. For the first time in the series, we don’t have to wait months to get to the next part of the story and potentially forget what happened before. That being said I’m not sure this game needed to be five chapters long. Four would have been perfect, but this game pushes for a little more fluff in the middle.

The first two chapters and the finale are the strongest points. The fourth chapter has an incredibly strong twist that echoes the first game but does it even better. However, the third chapter takes an odd turn and becomes a turn-based RPG. While a fun change from normal, it was unnecessary to the story overall, especially since the character it revolves around isn’t seen for the rest of the game. Combining that with the fourth, which has hardly any impact until that twist, would have made a lot of sense.

Regardless, Life is Strange: True Colors is probably my new favorite game in the series. After coming in with low expectations, I wouldn’t mind seeing Deck Nine continue to make unique stories in this space. After seeing their work in Before the Storm and this game, Life is Strange would be in more than capable hands here, allowing DONTNOD to make different stories in other areas.