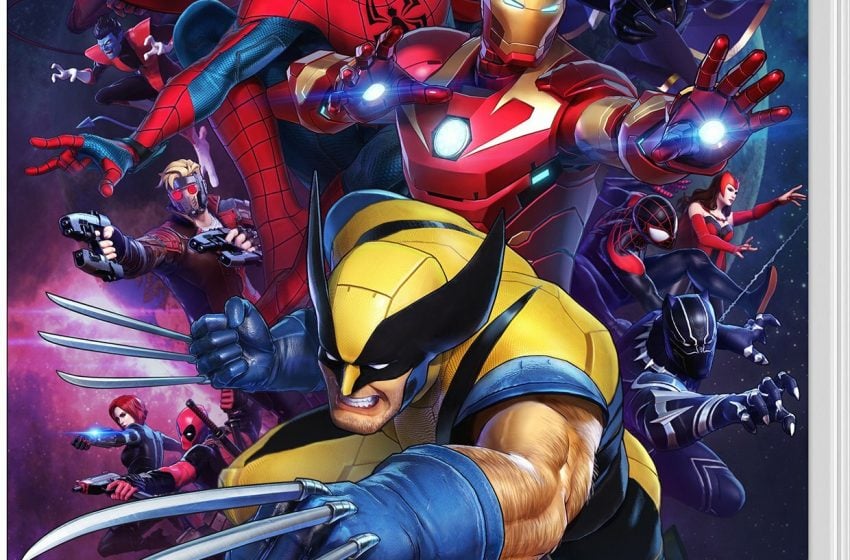 When we booted up Marvel Ultimate Alliance 3 for Nintendo Switch for the first time and jumped into the first chapter— we didn’t expect much.

After all, we had no childhood nostalgia of playing the first two games on other systems decades ago and aren’t the biggest Marvel fanboys around. Even while playing the game, the hosts of characters constantly being introduced into the story left us asking more questions in the long run.

Sure, the odd universally known characters like Iron Man and Spider-Man were apparent additions to the roster, but others like Ms. Marvel and Crystal might be a little niche for a mainstream audience unfamiliar with Marvel’s extensive roster of heroes and villains.

That being said, with little to no knowledge of the wider Marvel Universal or an appeal for these type of games in general, we came out of playing Marvel Ultimate Alliance 3 with a sense of joy, fulfillment, and glee that not many other games could truly capture.

But we are getting ahead of ourselves, so let us get back to the review on hand.

In Marvel Ultimate Alliance 3, you can take control of a cast of 30+ characters including the Avengers, Guardians of the Galaxy, X-Men, and many more as you take on the Black Order, the Children of Thanos, as well as many other Marvel Villains to stop them from obtaining the Infinity Stones.

The story has been crafted by freelance comic book writer Marc Sumerak and pays homage to the whole Marvel Universe. Characters from different series and even multiverses clash in a tale of epic proportions in what definitely feels like a labor of love to everyone and everything involved.

The story is pretty well done, a decent length, and finds a way for some of the universe’s biggest stars to somehow meet and team up in unexpected ways. The level of detail in the world, as well as the characters, is flawless. Each character brims with personality and charisma that gets you engrossed in the plot. You also don’t need to know anything about the first two games to jump in on this one, as it is an original story.

Of course, there is more to the game than just the campaign. Ultimate 3 is filled with lots of replayability due to its endless amount of hidden collectibles in each stage, a multitude of extra Infinity Challenges that, when completed, reward players with skins and additional characters, and more spoilers things that are available for those wanting to power level all 30+ characters to max level.

Ultimate Alliance 3 is a game built around co-op.

No matter how you play the game, either by yourself or when playing with friends, there are distinct gameplay choices and mechanics that have been designed to utilize your team of four effectively in any scenario.

Depending on the team of four you choose, the squad as a whole will gain specific buffs through something called “Team Bonuses.” Each member of the Alliance is a part of a specific series, such as Avengers, New Avengers, and X-Men and by having a team that share these Bonuses, you can get additional strength, dexterity, and abilities.

This Synergy concept is taken further in actual gameplay, where specific characters can combine super moves to chain devastating attacks that deal massive damage. In singleplayer, you can do this by holding down RT and using an ability, while in co-op play, you need to communicate and work together to make the most out of your attacks.

These synergy attacks are also important in unlocking secrets littered across the map, as only certain areas can be opened or broken into using specific types of synergy moves, so be sure to keep your eyes peeled for any hidden areas while slugging through the campaign.

Of course, there are ways to cater the experience to your own liking. The inclusions of Isos, which are small stat upgrades you can equip to each character, and an RPG-like skill tree where you can invest coins and items into more stats boost for your entire squad, allow you to create a team to your liking.

In short, the game is fun but built around playing with others. We found it much more enjoyable to scream at each other and bark commands to get through waves of enemies than playing by our lonesome— but everyone will want to play differently.

The inclusion of local co-op and online co-op though are an excellent way for those who do plan to play the game by themselves to have an alternative way to go through the game in the future if they so wish.

We have heaped a bunch of praise onto Marvel Ultimate Alliance 3— but it does have its fair share of issues.

The first main “bad” part of the game really depends on the person, as it can be a good or bad thing depending on who you ask. We are, of course, talking about the lack of combo options in-game. You are limited to what you can pull off and usually just press the same button over and over again to deal damage. Of course, this is broken up between light taps and synergy super moves, but get ready to just press x over and over again to defeat enemies over a long period of time.

While you can also run through levels at times and skips hundreds of enemies, bosses at the end of chapters are increasingly difficult, or near impossible to defeat. The game gives you just the right amount of enemies that you need to beat to get to a level that you need to be able to beat the bosses, which makes grinding every single enemy near enough a necessity to progress.

Other then these few nitpicks, however, the game is still pretty solid.

There is no denying that Marvel Ultimate Alliance 3 is another gem in the Nintendo Switch library.

For Marvel fans, it is a labor of love to the series. For those that don’t play games very often, it is a simplistic title that is perfect to kick off your gaming hobby with. It is the classic co-op game and fits so well on the Nintendo Switch and is very accessible to any player.

It might not be the biggest Nintendo title this month (looking at you, Fire Emblem: Three Houses), but it is a gem that should definitely not be missed. We ourselves have pulled out the game and played through a chapter or completed a few Infinity Challenges over the past few days to aid our long train journeys and have loved every second of playing it, so we are sure you will too.