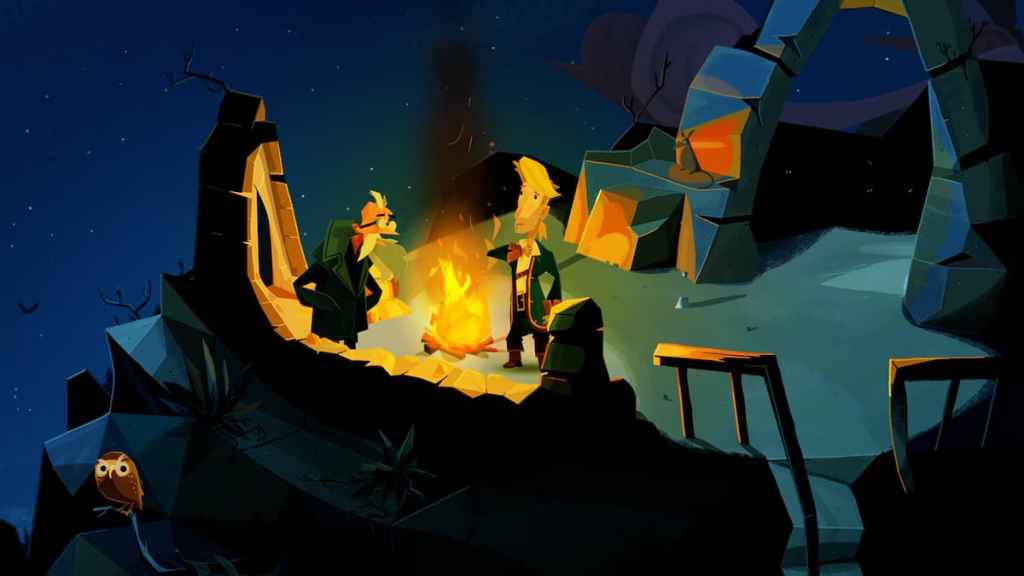 Return to Monkey Island is not a surface-level game. Even its title has layers, referring to protagonist Guybrush Threepwood’s return to the titular island, a new opportunity for fans to play a new point-and-click adventure, and a rare chance for veteran game developers to revisit the series that kickstarted their careers. Finding meaning in all those different categories is a hefty goal, but it’s one that Return to Monkey Island manages to achieve. Despite being set between the second and third games in the series, it feels like a beautiful climax to a franchise that’s seen games spread across four decades.

Tell me a story

A large part of that climactic feeling is due to its framing. The game begins in the current timeline, with you in control of the unnamed son of a now-older and graying Guybrush. This tutorial eases newcomers into point-and-click puzzle mechanics and the new art style. Monkey Island has gone through a few different looks over the years, and the latest is another great addition to the lineup. The exaggerated proportions and cartoonish animations perfectly complement the game’s humor.

Once you clear this tutorial (set in the Big Whoop Amusement Park introduced in the second game), Guybrush’s kid will sit beside his dad and ask for a story. There’s a Princess Bride quality to their exchange, as the game frequently cuts back to the current day so that the two can comment on the story so far. This adds an extra layer of charm for returning players as they revisit familiar sites like Melee Island and its many shops — all of which have changed in some way.

Return to Monkey Island feels like a greatest hits as you stroll these streets, and the returning voice cast goes a long way to make the changes feel comfortable. Dominic Armato’s Guybrush, Alexandra Boyd’s Elaine Marley, Rob Paulson’s side characters, and many more can be heard. Paulson’s Apple Bob is a personal favorite, as his voice brings many classic cartoons to mind. New players meeting these characters for the first time may feel like they’re missing an in-joke here and there, but dialogue rarely relies on prior knowledge.

Changes for the better

Even Guybrush’s new quest has a nostalgic tinge: he’s back to find “the real secret of Monkey Island,” something that didn’t actually happen in the first game despite that literally being its name. To accomplish this, he’ll have to do some good old-fashioned puzzle solving. At the core, this involves collecting and using various items like locks for keys, ingredients for recipes, and matches for firewood. Rarely does a puzzle solution feel opaque, and even then the game has a hint book that can be used to tell you the exact answers if you need them.

Quality-of-life improvements like that go a long way in making this feel like a modern take on Monkey Island and not a retread. Holding down a button highlights every clickable object on screen, whether it’s something you can collect, interact with, or just observe with a witty one-liner. It’s also the best way to find Trivia Cards. These are scattered all across the islands, and each one presents you with a multiple-choice question about the Monkey Island series. It’s another way in which the game celebrates everything that came before, although newcomers will have to go to Google for most of the answers.

As for the puzzles themselves, a handy to-do list keeps you on track for your goals and subgoals; these puzzles have many moving pieces. If you choose to play on Casual Mode, you’ll have fewer steps in some of the more complex ones, but the same principles apply — you’ll be doing a lot of dragging and dropping from the inventory screen. These actions escalate as the game goes on, increasing not just the steps required to solve the puzzles but also the ground you need to cover to find all the pieces. By the later acts, you’re sailing across the ocean to various islands like the cleverly named Brrr Muda in what feel like Zelda: The Wind Waker voyages.

You will be doing a lot of ping-ponging between these locations as the game opens up, and while the backtracking can occasionally feel like a bit much, there are frequent personal touches that make the journey worthwhile. One of my favorites involves helping a crewmate write a poem. The result is a Mad Libs-style incantation that’s going to be different for every player, even though it’s ultimately used in the same step of a larger puzzle. Repeated visits to locations also show just how much thought is put into all the moving parts here. Several items are repurposed for later puzzles, and many solutions got a gleeful chuckle out of me — especially when I lit a lamp on a demonic character’s flaming head.

The Monkey Island series is known for its sense of humor, and Return doesn’t disappoint on that front. There’s a great exchange about the liabilities of giving Guybrush a knife, as well as visual gags and on-screen text that add a ton of flavor. Another game might just have you walk through the door into the smelly kitchen, but the prompt here says “dare to enter the galley” instead. Comedy is subjective, of course, so while not every joke may land, the effort put forth in the writing and presentation is clear.

Return to Monkey Island also acknowledges that some of its laughs can come at another character’s expense. This is where it moves away from dwelling in the past into something more post-nostalgic. A new trio of pirate lords serve as antagonists, but they also represent a changing of the times. Their roasting of Guybrush inside the Scumm Bar doesn’t just show their attitude: it also illustrates how much has changed since the original game launched.

Commentary from Guybrush as he commandeers items often reads as oblivious instead of charming — you are literally stealing from small businesses on multiple occasions. This is still a very funny game, but there’s a lesson to be learned in the laughter. The game doesn’t shy away from consequences or from pointing out the moral gray area of most of Guybrush’s actions.

That lesson becomes clear in the game’s poignant ending. There’s an incredible escalation of stakes, puzzle-solving, and world-building as the game progresses, with a climactic series of puzzles that really does feel like the culmination of an epic adventure. It’s only after the last piece is put in place (literally and metaphorically), that the dev team’s subtextual goals become clear.

Reaching that point is well worth it, whether you’re an experienced Monkey Island player or not. Veterans will enjoy the callbacks and more subtle Easter eggs throughout the journey, while newcomers can peruse the game’s scrapbook to get caught up on the games set before this one — there’s a decent amount of missing context otherwise.

Both groups can also enjoy all the quality-of-life improvements the game has to offer, like a contextual hint system to ensure you never get stuck. These go a long way to making puzzles feel clever and not overly complicated. Puzzle-solving has always been a fundamental part of the Monkey Island game, and in this case, Return to Monkey Island puts all of its pieces together in smooth, funny, and well-considered ways. 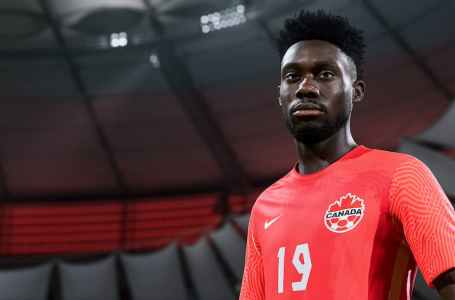 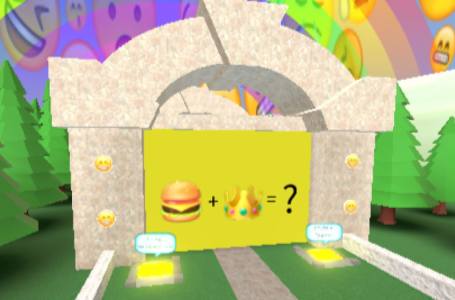 All Roblox Guess the Emoji answers 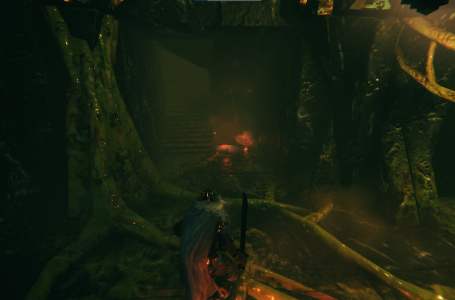 Where to find Carapace in Valheim