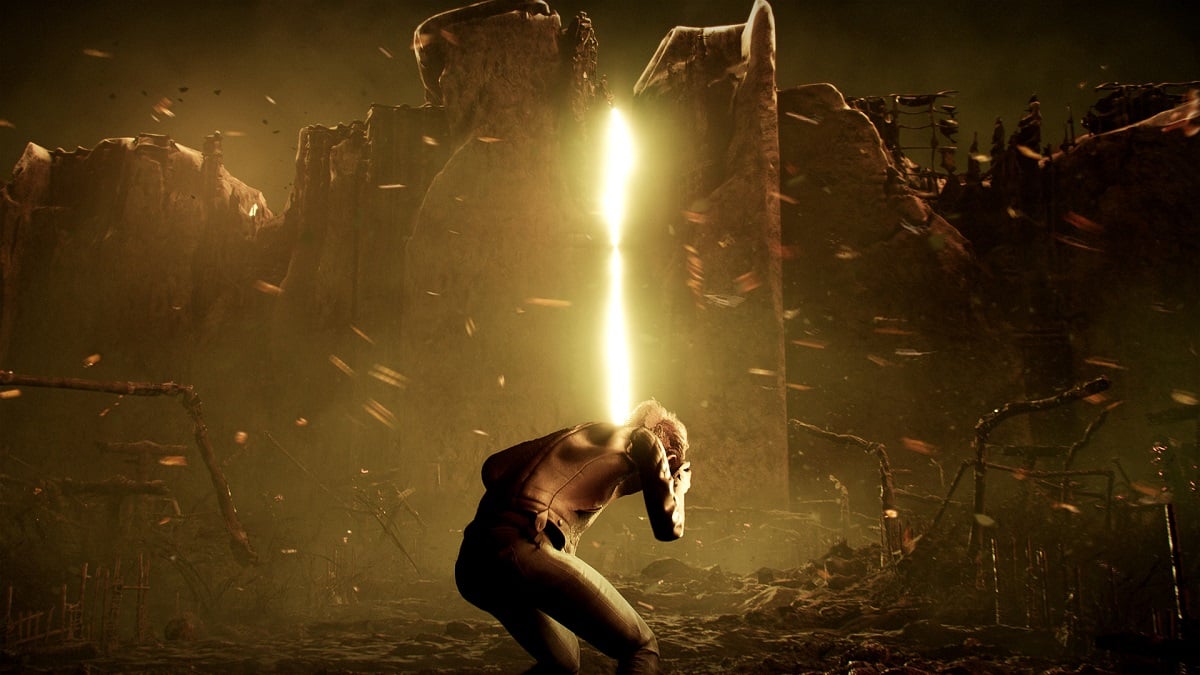 It may be strange to begin this review of The Medium by comparing it to another Polish developer’s recent release, Cyberpunk 2077, but hear me out. Bloober Team’s latest psychological horror title did what CD Projekt Red’s wildly ambitious game couldn’t.

I’m not talking about a massive open world or an RPG system that takes a while to get used to. The Medium can’t compete on those fronts. Where it can, though, is all the more important — having an idea with unique gameplay mechanics, sitting patiently on that project until the right technology becomes available to realize that vision, and producing a game that can meet your own and fans’ expectations.

The Medium isn’t groundbreaking with its plot or walking-sim and collectibles features. What it does so well, though, is champion the art of patient game development — the game’s very first concept was designed in 2012 — and tweak the classic local co-op mechanic into a unique single-player experience that is unnerving and heartbreaking in equal measure.

It all starts with a dead girl

You play as Marianne, a medium who can simultaneously live in the Real and Spirit Worlds. After laying her surrogate father to rest, Marianne receives a panicked phone call from a mysterious man named Thomas, who asks for her help at an abandoned resort called the Niwa Workers Hotel. There, Marianne must unravel the mystery behind Thomas’ disappearance and his connection to a spirit girl called Sadness, while avoiding a terrifying, unkillable creature called The Maw who wants Marianne’s powers for itself.

Right off the bat, The Medium feels more cinematic than previous Bloober games. It’s their most ambitious title to date, and it feels like it too. The game makes full use of the Xbox Series X’s powerful specs with its atmospheric environments, ray tracing, and cutscene realism that is evidently aided by mocap sequences — features that will be further enhanced by top-line PC set-ups.

The Medium isn’t shy about its Resident Evil and Silent Hill inspiration either. Its fixed camera angles, coupled with the ability to combine items to craft new ones, feels like a throwback to late 1990s-era games. The static camera choice can be a bit jaunty, but it adds to the overall experience and has you fearing what might be lurking around the corner.

Sound-wise, it particularly makes good use of two key figures. Famed Silent Hill composer Akira Yamaoka’s score is hauntingly beautiful and adds a richness and emotional punch to scenes where it’s required. Troy Baker’s voice work for The Maw, meanwhile, stands out among the voice cast, and it’s a pity that his creepy performance isn’t utilized more. Encounters with The Maw — more on those later — are terrifyingly tense, but few and far between. Sure, it makes them more prominent when they occur, but a few more wouldn’t have gone amiss.

A bridge between worlds

What of The Medium’s dual-reality split-screen feature, then, which is its most unique mechanic? It works surprisingly well, all things considered. Most of the game takes place in the Real World, with only certain sections seeing Marianne travel to the Spirit World.

It’s the conjoined gameplay as Marianne bridges both realms, though, that allows The Medium to shine. Much like a classic split-screen co-op experience, separating the screen horizontally or vertically allows you to traverse both worlds simultaneously, solve puzzles, and grab collectibles that are only present in each reality. It is a tad disorienting at first as you learn to concentrate on two parts of the screen at once but, after a while, it’s a mechanic you get used to.

Puzzles aren’t overly taxing. Most require you to fetch and use items to progress, and you can focus on the Real or Spirit Worlds using the X and A buttons on the Xbox controller to hone in on clues. Marianne’s Insight ability is vital in some instances, but it isn’t a requirement for every conundrum. Her Out of Body Experience ability is more necessary; sometimes, Marianne’s physical self can’t progress through a region, but her spirit form can. However, its limited-time meter to prevent Marianne being lost in the Spirit World forever can be, well, limiting, especially if you have to return to her body and reactivate the ability again to fully solve a puzzle. The use of mirrors to travel between worlds is a nice touch too, mixing up the traversal mechanic so that puzzle solving doesn’t become stale.

Fight off your demons

If you’re wondering about combat, there isn’t any. Encounters with The Maw are either run-for-your-life scenarios or require you to solve extended puzzles to force it to retreat. You have defence mechanisms in each world — holding your breath in the Real World so it can’t hear you, and using your Spirit Blast to burn it away in the Spirit World if you’re caught — but both are limited in their use. Sneaking and solving environmental conundrums are the only ways to defeat The Maw and, while they make for suspenseful moments, it can be frustrating if it catches and kills you based on one silly mistake you make. The only other enemy you have to be wary of are moth swarms, but these are easily dealt with using Marianne’s Spirit Shield ability. As long as you have some Spirit Energy, they won’t pose you problems.

The Medium’s insistence on making you sit through cutting barriers becomes tiresome after a while. Yes, slicing through Spirit World skin doors with a razor is satisfying to begin with, but after the 10th time, it feels like a chore. A quick-action button prompt to speed things up wouldn’t have gone amiss in later parts of the game.

The Medium’s ending, despite setting up a potential sequel or spin-off, is also ambiguous. That’s become a hallmark of Bloober titles, but it would have made for a more pleasant finale if some form of closure was forthcoming. The Medium’s emotionally charged story and thematic look at how we confront our own demons deserved more, and I felt slightly hollow for going on Marianne’s journey only to see that there is no resolution to it.

Bloober Team is known for this type of game, having previously developed Blair Witch and the Layers of Fear series, and The Medium is the studio’s best game to date. Its reinvention of a classic gameplay mechanic staple, grotesque and spooky environments, and investible-yet-flawed characters make for a solid game that finally gets Microsoft’s Xbox Series exclusivity off the ground. There are weaknesses in its pacing and lack of true combat, but it leaves a mark without completely outstaying its welcome.