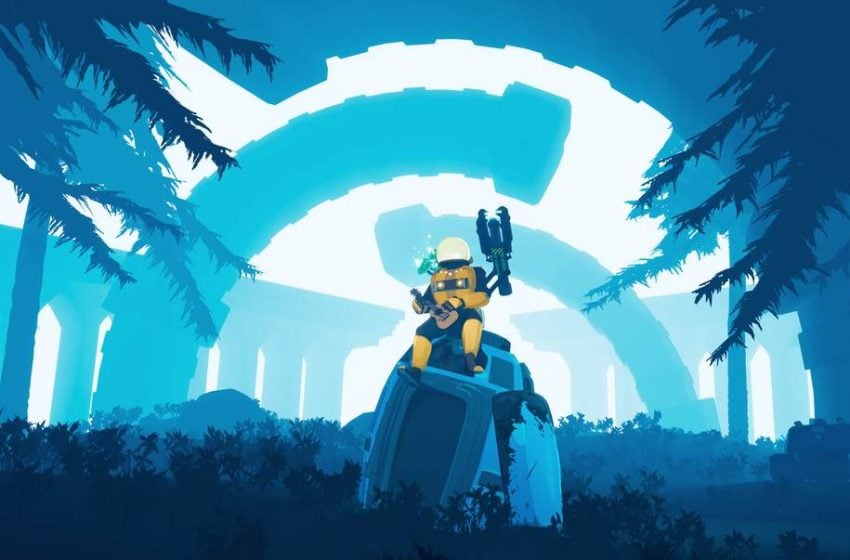 Risk of Rain 2 was an instant hit when it launched into early access in March 2019, transporting the original’s wave-survival gameplay into a whole new dimension — literally. Gone were the 2D levels and Survivors of the first game, a cult classic in its own right. Replacing them were 3D worlds, chunky-looking Survivors, and a host of enemies trying to smash the life out of you. The move into 3D — and a generous offer where buying the game would get you two copies, one for you and one for a friend — propelled Hopoo Games’ experimental sequel to the top of the Steam charts.

It would have been easy for Hopoo to give us all more of the same, but changing a fundamental aspect of the series was a bold move that appeared to pay off. It is now over a year later and the game has left early access, but is it still fun to play?

The quick answer, and a potential spoiler for the review, is yes. Risk of Rain 2 is very fun to play. Games live or die by their ability to deliver the vision that the developers have in mind for their project. Having an idea is one thing, but making it work is something else entirely.

In Risk of Rain 2, you take on hoards of monsters while searching for a teleporter. You get money for killing those monsters and can use it to open chests containing items. These items will give you new abilities or make your default abilities more powerful. When you find the teleporter, you activate it to start a boss fight, and if you survive, you can move to the next level.

That is the game in its purest form. The nuance starts to come in because the longer you play, the higher the difficulty climbs. You get more monsters, you need to battle against more powerful enemies, and you get entirely new types of bad guys to deal with. At the same time, your new items and levels make you more powerful. The dual curves of player empowerment and increasing difficulty buckle against each other, providing magical moments of gameplay where it can all boil down to split-second decision making. You either play to the level of the challenge with what you have, or you eat a Magma Worm punch to the gut and your body goes tumbling across the screen, lifeless and lost.

The game is also filled with secret levels, exciting hidden items, and unlockable loadout options for the 10 Survivors you can choose to play (although many of the Survivors will need to be unlocked by achieving different goals or challenges).

What Risk of Rain 2 does incredibly well, outside of its highly enjoyable core loop, is that it allows players to set a level of difficulty that suits them, and then introduces the need to do more than just survive without interrupting your ability to do just that. Exploration and discovery are rewarded with new content. You are always doing something to push yourself toward your overall goal: to grow more powerful and find a special teleporter that will bring you to a final boss fight. Even that last boss fight is superb and exciting, putting a fun twist on one of the most important mechanics.

Despite their desire to simply provide you with an excellent wave-survival challenge, Hopoo Games has also worked in ways to engage with the game on a level that’s deeper than just killing everything that appears on the screen.

With a total of 10 Survivors to eventually choose from, Risk of Rain 2 also does an excellent job of offering players a character who will suit their preferred playstyle. From the Engineer’s almost passive nature to the up close and personal hack and slashing of the Mercenary and everything in between, there is something here for everyone.

The random nature of the items you receive means builds and tactics need to be developed on the fly. However, this can be overcome in multiplayer by ensuring you leave things that suit someone else rather than picking them up for yourself. While this is not essential on the lower difficulties, if you want to get a long run on Monsoon, the game’s toughest challenge, you will need to learn to play well with others.

The sheer variety of items also means that your Survivor is not locked into a specific build. While some items are optimal, experimentation is rewarded, and there are multiple worthwhile build paths for each Survivor. The game also gives you just enough control so that a genuine “bad luck” run is rare. There are ways to swap your items or turn items you don’t want into a resource you can use later, and there are even secret Lunar items that are immensely powerful but typically come with some downside to balance them out.

You can even unlock Artifacts, game-changing options such as picking every item rather than getting assigned a random one. Risk of Rain 2 has a vision, and it delivers on that vision, but as a game, it is also confident enough to allow people to play how they want, ceding them some control over their own experience. Do you want double the number of enemy spawns, but for them to have less health? You can do that with the right Artifact. Do you want every enemy that spawns to be Elite, for a more significant challenge? You can do that too.

The only real downside I can think of for the game is that while the specs you need to run it should be within reach of just about everyone, eventually a long run will turn into a mash of enemies, explosions, and onscreen effects that could potentially turn your GPU into pudding. Thankfully, this has improved dramatically over the game’s development, but even running on a 3700x and an RTX 2070 Super, some slow-down occurs during really long runs. This is mostly due to this type of game’s nature and can be easily self-policed by just ducking out of the run when things get too hot for your system to handle.

While I raise the above point as a concern, it should also be noted that it feels like nitpicking. This is an issue with any game that tries to put a massive amount of enemies onscreen.  Part of this nitpicking is the simple fact that Risk of Rain 2 just has so many things going for it, and executes so well upon its premise, that it is the only thing I can think of to say against the game.

The real testament to how good Risk of Rain 2 is, how truly enjoyable it is to play, is that I have never struggled to find people to play with in over a year of early access. Encouraging friends to pick up a game is easy, but having them find the time to play is a challenge. Risk of Rain 2 is a fun, addictive, and rewarding game that appeals to gamers of all types and stripes, so if you have a group of friends with mixed tastes, there is a strong chance that this is a great game to introduce to your group.

Risk of Rain 2 will provide you with hundreds of hours of engaging gameplay, and while it is certainly fun in singleplayer mode, it will give you some truly fantastic gaming moments with a group of friends. Whether you manage a clutch victory over a massive monster that saves your entire team or jump face-first into a killing blow from the final boss, there’s a huge amount of memories to be made. As the difficulty ramps up and the action gets more hectic, you will quickly find Risk of Rain 2 becomes one of your favorite timesinks.