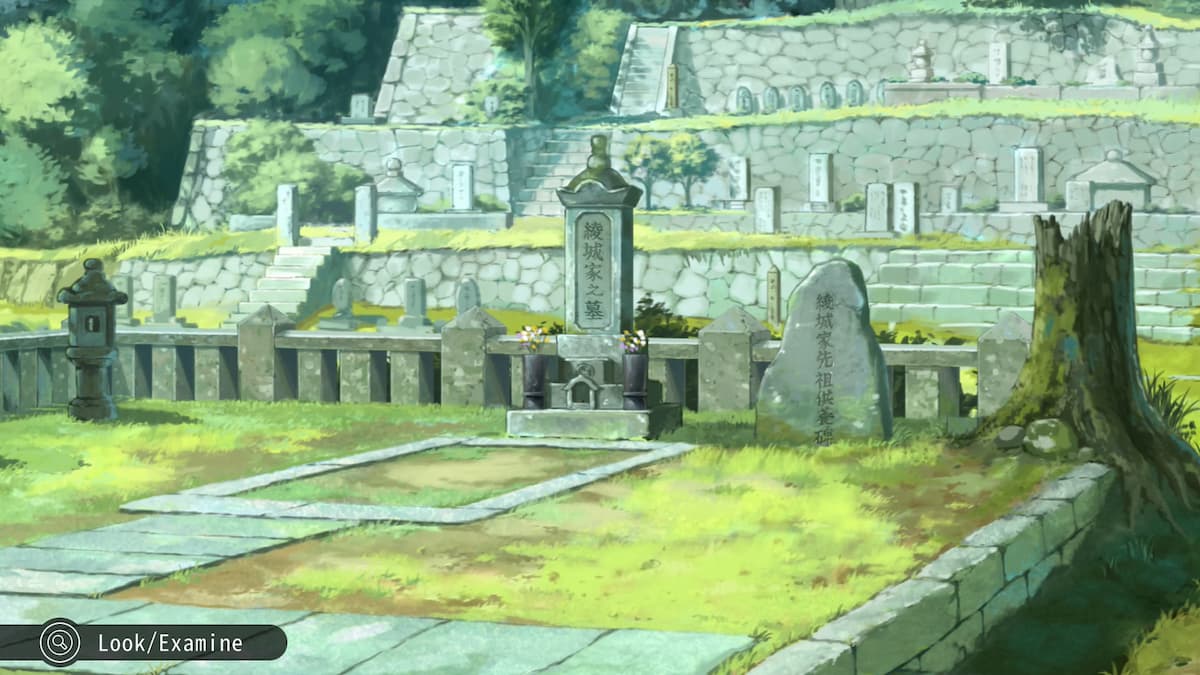 Upon arriving the Kagura Temple, the first thing players will need to do is a Look/Eamine option. Roughly in the center of the screen they will find a gravestone that they can look at. Thi sis the Ayashiro family grave, and is where Kiku is buried.

A Monk will appear, telling you not to mess around with the graves. The monk is Genshin, the chief priest, and he asks you if you are here about the legend. Talk to Genshin and go through all three dialogue options:

The legend states that the head of Ayashiro family will eventually rise from the grave and murder anyone they have a grudge against. The priest thinks this legend originated from the choice of burial instead of cremation.

After that, ask about the Legend again to get Genshin to tell you more of the old tale of the Ayashiro clan. The Ayashiros used to be fuedal lords in the Sengoku period. After losing a battle at Myoujin Mountain, their enemy dug up their ancestral graves, causing the Ayashiro Lord to make a curse. This curse is thought to be the origin of the legend.

Once players have finished speaking with Genshin, they can travel to Myoujin Station to continue the investigation. At the station, you can Call/Engage a nearby person and ask them about the legend, the legend, and what they know.